"My contractual obligations with the network will not allow me to serve two masters," she said. 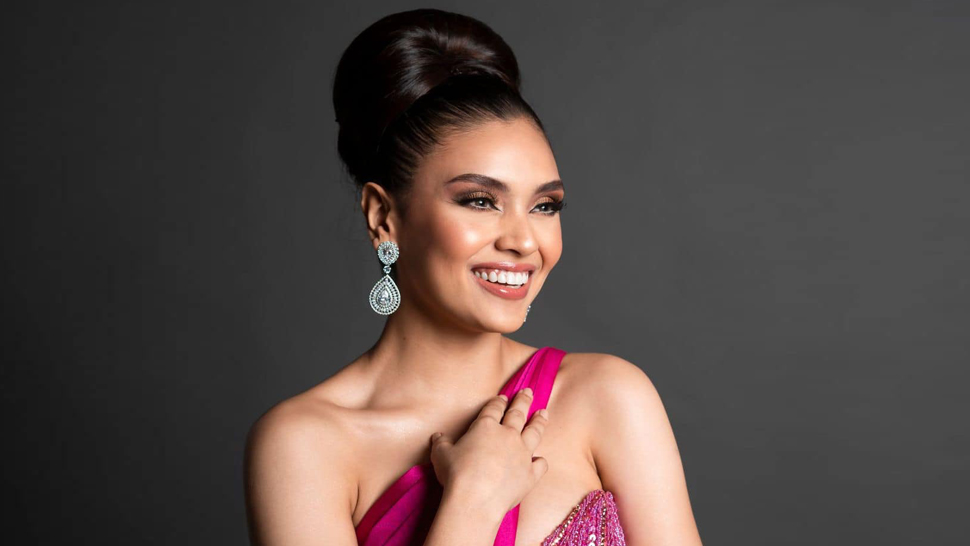 IMAGE Facebook/ganielkrish
"My contractual obligations with the network will not allow me to serve two masters," she said.
Shares
Share
Tweet
Comments

Ganiel Krishnan will be relinquishing her title as Miss World Philippines 2021 2nd Princess. The 27-year-old beauty queen announced her resignation via her social media accounts on October 5, explaining that she has chosen to return to her profession as a reporter.

She writes, "As you very well know, I have a thriving career as a lifestyle and entertainment news reporter in ABS-CBN before I entered the competition and have never kept my intentions to go back to it a secret, regardless of the outcome of the pageant.

"While I am deeply honored to have been named a Princess in this year’s MWP search, my contractual obligations with the network will not allow me to serve two masters. Realizing this led me into making a decision to pursue the dream which will have the greater impact to actually serving my fellow Filipinos and that is through broadcasting."

Despite her decision, Ganiel expressed her gratitude to the Miss World Philippines organization and sent a message for her fellow winners.

"I wish to thank you, Mr. Arnold L. Vegafria, as well as the entire MWP Organization, for taking good care of us and providing all of pageant participants wonderful experiences that we will surely cherish for a lifetime. I also wish my queen sisters the best of luck in their respective endeavors in the future."

In the latter part of her letter, Ganiel confirmed in her letter that MWP 2021 would be her last beauty pageant.

"I truly am grateful to have joined Miss World Philippines 2021...It was one big learning experience for me which, I know, will help me score even greater triumphs in the future," she adds.

Ganiel has been joining larger-scale pageants since 2016, and has represented the country in Miss Asia Pacific International 2016.

The Miss World Philippines Organization issued an official statement from national director Arnold Vegafria on the matter a few hours later. It states that the organization "respects Ganiel Krishnan's decision to relinquish her title as MUP 2021 2nd Princess to resume and prioritize her career as a journalist."

They then declared that MWP candidate Janelle Lewis will be taking Ganiel's place as 2nd Princess. According to the statement, Janelle has "gladly accepted the duties and responsbilities that come with her crown."

Ganiel was initially crowned as 2nd Princess in Subic on October 3, alongside Tracy Maureen Perez of Cebu City who bagged the Miss World Philippines 2021 title.

The Complete Transcript of the Miss World Philippines 2021 Q&A