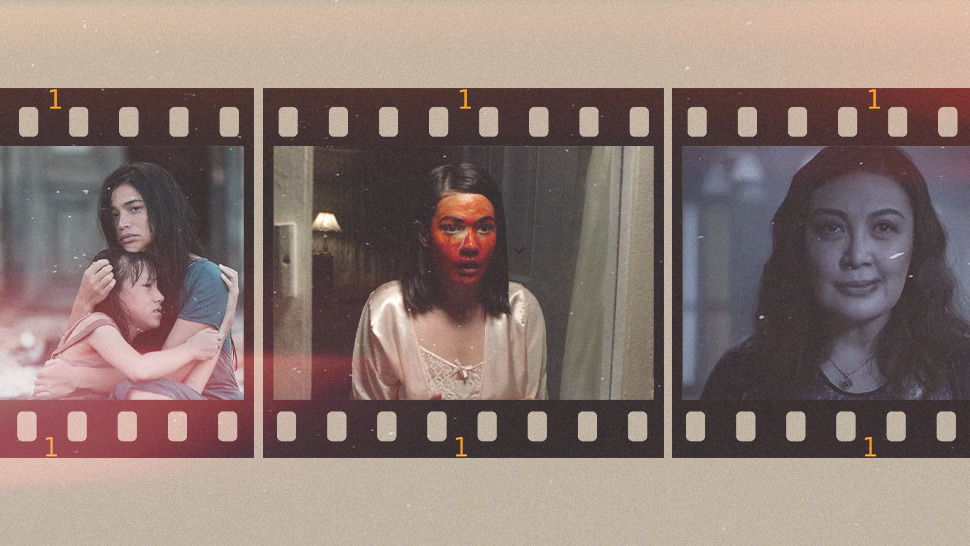 In the mood for a fright night? Why not give our local horror movies a spin for your next binge-watching session? Below, we list down eight spine-tingling Filipino horror films that you can readily stream on Netflix right this instant!

First up on the list is Bea Alonzo’s internationally acclaimed convent school horror flick. In case you haven’t seen or heard of it yet during all the hype last year, Eerie centers on a clairvoyant guidance councilor. She attempts to uncover her school’s abusive past after a young girl's suicide sets off a chain of supernatural events that starts to haunt the rest of her students. The film was featured in multiple foreign lifestyle and news sites including Elle.com, The Irish Sun, Dailymail UK, and People.com.

Inspired by the tragic sinking of the MV Doña Paz in 1986, this horror thriller centers on two sisters named Leana and Rita. The story starts when their peaceful island life is threatened after a passenger vessel dubbed the Aurora crashes into a rock near their area. With Rita’s ability to see dead people, the two siblings venture into the shipwreck to recover the missing victims' bodies, while numerous souls of the ship's deceased haunt the island.

Directed by Peter Abanna, Banal is a psychological horror film that follows a group of five young friends as they embark on a trek to a sacred mountain. Their journey takes an unsettling turn when sinister spirits lurking in the dense forest of Mt. Awanggan start to lead them astray.

Helmed by Erik Matti and top-billed by Sharon Cuneta and John Arcilla, Kuwaresma is centered on the cursed Fajardo family. The movie begins with their son Luis, a teenager who returns home to Baguio to mourn his twin sister's death. Unaware of the circumstances behind her passing, he and his family are haunted by the young girl's ghost.

Sukob is based on the Filipino superstition that couples shouldn't get married within the year of a relative's death. It follows Sandy, a bride who finds herself plagued by the aforementioned curse after her friends and family disappear one by one during her wedding. She desperately searches for a way to end her misfortune before losing everyone she loves.

In dire need of money to help cure her sick daughter, a mother takes on a job at a call center, only to be haunted by the ghost in her new workplace. Sunod was the only horror film entry in last year's Metro Manila Film Festival.

Not a fan of ghosts or other supernatural entities? Why not try Dead Kids instead? The 2019 film made buzz last year for being the first Filipino Netflix original film. Directed by Mikhail Red, the thriller trails a socially awkward teen who's taken in by a group of misfits as they device a plot to take out their high school's arrogant rich boy. Things don't go according to plan though as their scheme quickly takes a deadly turn.

When asked to describe his debut Netflix piece, Mikhail explained, "It is a crime story in the age of social media and a bleak vision of the Filipino youth's psyche. It is a commentary on the youth's views on masculinity, morality, and vigilante justice paralleled with today's political climate. It is both a coming-of-age story and a cautionary tale for the builders of our future.”

Unaware that one of their friends has the ability to see ghosts, a group of high school students on retreat decide to search for spirits in jest after learning that the house they're staying in is haunted. It's all fun and games until they soon realize that all the urban legends that they had heard of are actually real. The film was an official entry for the 41st Metro Manila Film Festival.

This Is How An Intimate Wedding Is Set Up In Gcq