JUST IN: Jinkee Pacquiao Is One Glamorous Ninang at a Wedding Wearing Accessories Worth at Least P10 Million|Read more »
Culture | By Jam Nitura - Oct 15, 2020 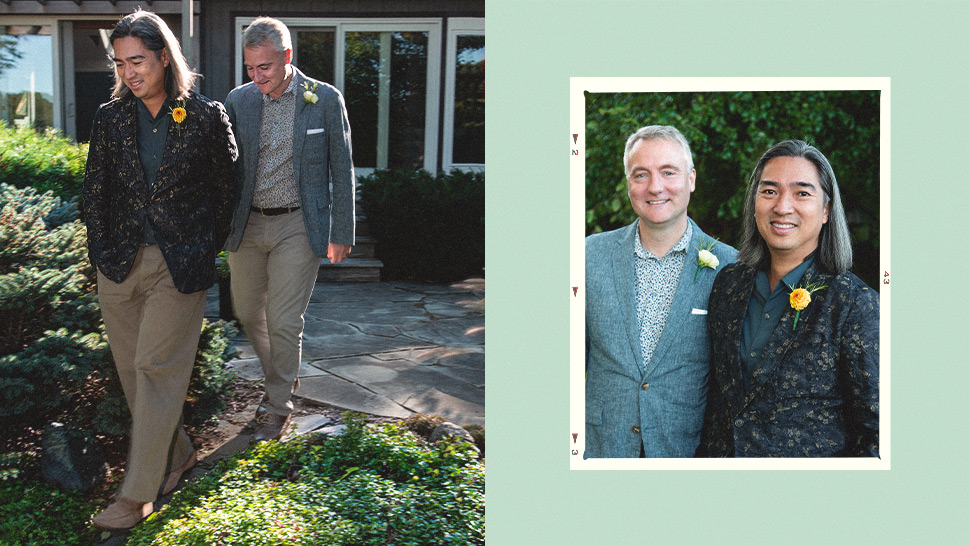 Rafe Totengco never dreamed of getting married. He, like most LGBT kids, were deprived of such seemingly frothy thoughts back then especially when one grows up bound to the beliefs of a Catholic Philippines.

Luckily for him and millions of others, albeit slowly, the times are a-changin’, and when same-sex marriage was legalized in the Unites States in 2015, the now New York-based fashion designer found himself faced with new possibilities. “Finally, I actually get to have a choice,” Rafe told Preview. "It all happened quite organically, which is what I really wanted. We both said 'yes' to each other."

The esteemed founder of accessories brand Rafe New York first met his future husband Michael Lawn, now the Energy Market Specialist at Bloomberg, back in 2009. In a meeting unlike the movies, the pair first locked eyes while in line for the bathroom in a Manhattan dive bar. Not exactly the most romantic way to start a love story, but hey, we’re not about cliches here. And as we already know by now, everything turned out perfectly fine.

Having been together for more than 10 years, Rafe and Michael finally decided to tie the knot this 2020. “When the lockdown happened in New York last March, we escaped, together with my Mom, to our house outside the city,” explained Rafe. “While we were in quarantine, we realized that being together 24/7 for over six months was not a hardship at all. In fact, we realized that it was time to make it official and not to wait any longer.”

Long story short, the couple said I do with an intimate garden ceremony, officiated amidst the quiet of their North Fork home. “The pandemic gave us some challenges on how to do the ceremony but necessity is the mother of invention,” said Rafe. Due to the current restrictions, the quaint but gorgeous affair—which was also featured on The New York Times—only saw their immediate family in attendance while the rest of their guests watched it all unfold via Zoom. “Hopefully next year we can throw a party here in New York and in the United Kingdom.”

As for their outfits, Rafe revealed that he and Michael simply went with the clothes already available in their wardrobe. Where Rafe sported Dries Van Noten, Michael donned a J.Crew ‘fit. “I always choose what he wears and fortunately he's not as fussy as I am. As long as he looks good and it fits, he's fine. He's not into fashion like I am, which is a blessing in our relationship,” Rafe told Preview.

Given their decade-long romance, though officially a married couple, nothing much has changed for the pair, except for the rings of course. Rafe, for his part, chooses to bask instead in a simple joy he once believed he’d never get to have. “I never dreamed of saying the word 'husband', so that has been a nice word to use when we refer to each other.”

8 Brides Share the Perfume They Wore to Their Wedding