PSA: How Much It Costs to Stay at the Rancho Bernardo Luxury Villas and Resort|Read more »
Culture | By Cass Lazaro for Cosmo.ph - Jan 7, 2022

It costs one million pesos per night, no biggie! 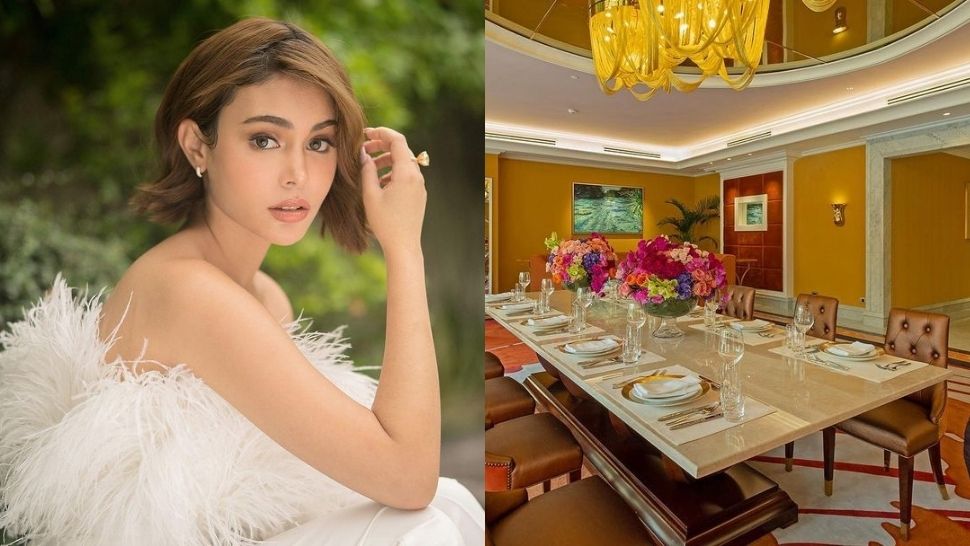 Ivana Alawi just turned 25, and while the YouTube maven didn’t throw a lavish bash on her own, Okada Manila made sure to give her a glamorous affair nonetheless.

Along with her mother and three siblings, Ivana went on a two-night staycation at one of the country’s luxury resorts. The actress-turned-vlogger initially booked for three rooms for her birthday staycation, but Okada generously upgraded it to a luxury podium villa, which costs—hold your breath—a whopping one million pesos per night!

Not all of us could afford such a luxurious sleepover, but luckily, Ivana has documented their whole stay in her latest vlog.

The 1,400-square-meter suite boasts impeccably decorated spaces that epitomize all-out opulence. One look at its gold-and-plum theme and you'll know it’s a holiday home fit for royals, what with its uniquely grand feel.

The villa consists of five bedrooms in total. There’s also the main living area, where the staff set up a barbecue dinner meticulously prepared by a private chef exclusively for the Alawis. The bar for hospitality was absolutely set high when they prepared sugar-free cookies for Mona, who struggles with diabetic neuropathy. And don’t even get us started on the minibar—the steady flow of drinks is a must!

The vlogger’s family also had a fun time lounging at the group-friendly amenities: a private pool that comes with a jacuzzi, a spacious entertainment room, and the ultimate R&R space where they had their foot spa and massage.

Other areas shown on the vlog are the gym and study rooms, which looked equally as impressive as all the other parts of the welcoming oasis.

This Wavy Mirror Is The Funky Statement Piece Your Room Needs