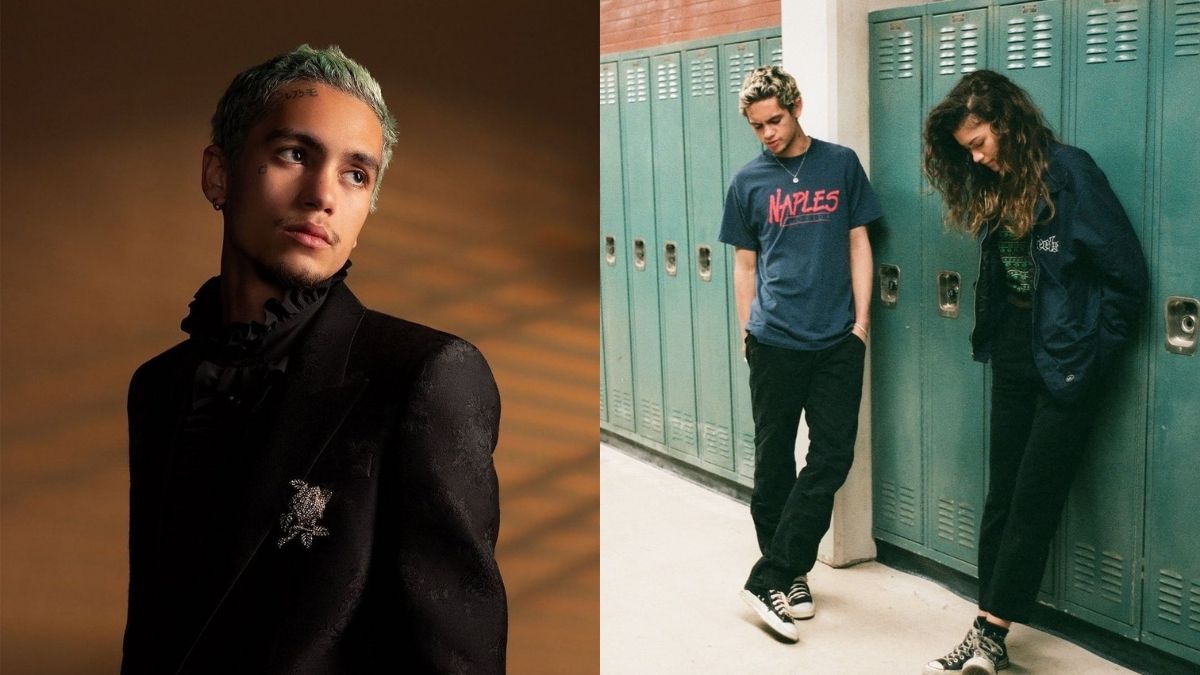 In an industry that is always on the lookout for bright young talents, it’s no surprise that the spotlight is currently shining on Dominic Fike, a 26-year-old actor who plays the role of Elliot on the critically-acclaimed drama series Euphoria.

Frequently sharing the screen with acting heavyweights (just Emmy-winning Zendaya, no biggie), you’ll be surprised to know that the show is just Dominic’s first acting gig, and he actually started out as a songwriter-singer prior to his casting.

Curious about the rising star? Read on to know more about Rue and Jules’ newest buddy.

5 Things To Know About Dominic Fike:

1. He can easily relate to his Euphoria character.

Dominic was originally meant to star in the first season of the hit HBO show and even made it to the final round of auditions, before his character unfortunately got written out. A year later, he got contacted to audition for a bigger role instead. “I don’t have to do much acting,” he reveals in an interview, saying that Elliot certainly reminds him of his younger self, albeit a notable difference: he’s now sober. “Now I don’t have to do TikTok, is how I look at it.”

If watching his scenes made you double take on where you’ve seen him before, it’s probably not on another show. Aside from being an actor, the multi-hyphenate is a budding singer-songwriter and has collaborated with the likes of Halsey, Justin Bieber, and the living legend Paul McCartney. Yup, even Dominic couldn’t believe it when he first learned about the gig. He recalls, “I was just in my kitchen making a sandwich, and my manager was like, ‘Yo, I think Paul McCartney just hit us up’, and I was like, ‘Shut up dude,’ and went back to making the food.”

Dominic was born and raised in Florida by a single mother, along with his younger brother Alex, who is also a musician and is known for his artist name ALX. ICYDK, he’s of Filipino, African-American, and Haitian descent.

The young stars have kept their relationship low-key until their reported split on July 2021, but one can't deny their strong chemistry! Once, Dominic gushed about his then-girlfriend’s influence on his music taste. Asked about Diana, he shared, “She’s a musical encyclopedia. She knows so many songs.There will be some crazy song from the '50s playing in a restaurant in New York, and she'll be like, ‘Oh, this guy from this era and this album.’ She likes old music, movies, and clothing. It's influenced my music for the better." Aww!

This is not a drill, you guys! Elliot and Jules’ ship is definitely sailing—and it’s not just for show. Last Thursday night, February 11, the pair went out for dinner to celebrate Hunter’s birthday, and shared an adorable kiss afterward! Dom himself posted about it on Insta, fueling rumors about their off-screen romance. So adorable, these two.

12 Feel-good Rom-coms To Binge, According To Your Favorite Celebrities