Without the murder, of course. 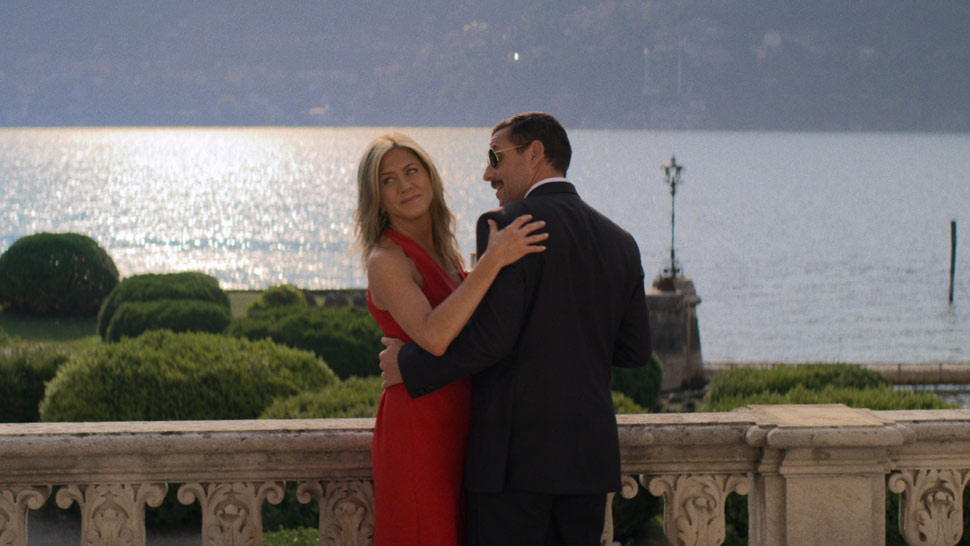 A Netflix Original film, Murder Mystery follows long-time married couple Nick and Audrey Spitz, whose marriage takes a disturbingly exciting turn when they meet Viscount Charles Cavendish on their way to Europe. Instead of a crummy tour in a cramped bus, the pair find themselves in a luxurious yacht where they're soon pegged as the primary suspects for the murder of an aged billionaire.

On the crazy road to proving their innocence, Nick and Audrey zoom past Europe, giving us a quick retrospective for the ideal European trip to take.

1. Go on a luxury cruise on the Mediterranean.

Nick and Audrey's European bus tour may have gotten a swanky cruise ship upgrade, but we can't all randomly meet a handsome and friendly viscount on a plane who'd offer the same experience now, can we? Nevertheleess, their (not so) fortunate romp still makes us want to book a luxury cruise, minus the murder mystery, of course. Just imagine marveling at the wide open Mediterranean sea while drinking expensive champagne and gorging on bowls of five-star shrimp dishes. Who knows, you might even befriend a Hollywood actress or a Maharaja onboard?

If you're not much of a boat lover, fret not because Europe's brimming with opulent cities that you can happily tour on foot. Take Monaco, for example, where Malcolm Quince's cruise ship soon docked after he and his son were murdered. Famous for its lavish casinos, luxurious hotels, and grand opera houses, you'll never run out of activities in this city-state. Unlike Nick and Audrey, who were too busy trying to prove their innocence, you can take your time enjoying Monaco's many attractions, including taking a tour around the Palais du Prince, shopping along the Avenue de Monte-Carlo, or visiting the Monaco Cathedral.

3. Watch the Formula One Grand Prix in Monte Carlo.

When you're in Monaco, it's almost a crime to miss out on a Formula One Grand Prix race in Monte Carlo. The speedy dare-devil auto-racing competition is known to be of the highest in class and caliber in the racing world. Plus, you'll actually get to watch all the action, instead of having to covertly go around, sniffing out information from murder suspects, like the Spitzes had.

If Italy's more your speed, forget the cliché gondolas and sail around the majestic Lake Como instead. The lake is a popular destination for tourists, and rightly so as its breathtaking views include ancient cathedrals, palatial villas, and sprawling 'gram-worthy gardens. Quite frankly, we sort of feel bad Nick and Audrey had too much on their plate to actually enjoy their vacation.

5. Take a joyride around Como City!

Again, if you're the type to get boat-sick, there are always other alternatives to tour Como. How about taking a joy ride, for example? Drive around the Museo Storico Giuseppe Garibaldi, take a pit stop at the Villa Serbelloni, or visit the Como Cathedral—all at a relaxing, leisurely pace, of course. But hey, scoring a free Ferrari Tesrarossa, like the Spitzes wouldn't be too bad either.

How to Spend a Week in Eastern Europe

This Timeless Collection Will Make You Look Like a European Aristocrat