JUST IN: Jinkee Pacquiao Is One Glamorous Ninang at a Wedding Wearing Accessories Worth at Least P10 Million|Read more »
Culture | By Nicole Cruz - Aug 19, 2020 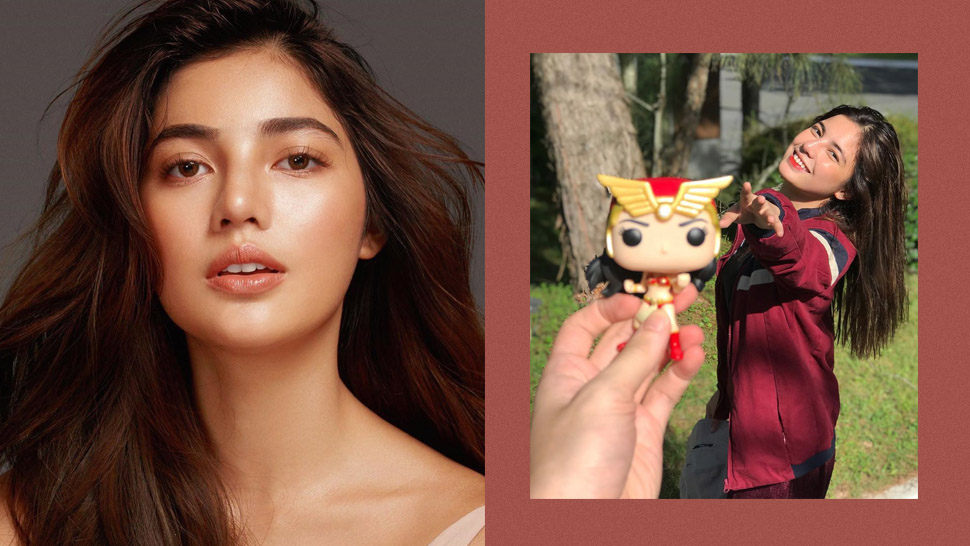 IMAGE INSTAGRAM @imjanedeleon
Here's everything you need to know!

Looks like we’ll have to wait before Darna takes flight again. Pep.ph recently reported that, according to a reliable industry insider, the film featuring the iconic Filipina heroine Darna has been cancelled. The source says the decision was made by Star Cinema, the film company of ABS-CBN, that is mounting the movie.

According to the report, Darna has spent a total of P140 million for production, and the movie hasn’t even finished filming yet. Pep.ph also states that the film would need P100 million more to complete production. This would chalk up to a grand total of P240 million, an amount that’s difficult to regain once the movie is released, says the industry source.

We know what you’re thinking: Hasn’t this film been in talks for years? Well, you’re right! Darna has been in the making for the longest time—since 2013, to be exact, when ABS-CBN bought the rights for Mars Ravelo’s Darna.

The lead role was originally given to Angel Locsin, who starred in GMA’s Darna series, aired in 2005. However, in 2015, Angel suffered from a spinal injury that delayed production. She eventually jumped back into filming in March 2017, but started to encounter pain in her spine once again. This led to her retracting from the movie altogether, creating an opening for the female lead, which, as we all know, was eventually given to Liza Soberano.

After training for two years, Liza unfortunately sustained a finger bone injury, resulting in her exit from the film in April 2019. She even traveled to the U.S. that year to undergo surgery. With Liza out of the picture, Star Cinema opened auditions for the covetable female lead. As fate would have it, young Star Magic actress Jane de Leon was the chosen one. Since it was publicly announced in July 2019, then-Girl Trends member Jane had been preparing and training for the role, which she excitedly embarked on thanks to the approval of predecessors Angel and Liza

Aside from the turnovers in the female lead, there was also a change in director. Darna was originally helmed by Erik Matti, but it was announced in 2018 that he would be leaving due to “creative differences.” It was later on announced that Jerrold Tarrog, the man behind Heneral Luna, would be taking over.

Due to the drastic changes that have occurred over the years, there had been many expenses that were scrapped. According to Pep.ph, Angel’s tenure incurred over P20 million, while Liza’s time incurred P70 million. Jane de Leon’s Darna spent P50 million thus far.

Aside from that, Pep.ph’s source also reports that there’s a problem with production machinery. ABS-CBN was shut down last May 2020 after the National Telecommunications Commission released a cease-and-desist order to the network. The conglomerate applied for renewal but was denied by congress last July 2020. Many of the network’s talents still star through online shows. However, there have been talks between TV5 chairman Manny V. Pangilinan and ABS-CBN talents, as posted on social media by News5. It was also recently reported that networks have expressed their interest in ABS-CBN star Liza Soberano.

In the same vein, the source revealed to Pep.ph that ABS-CBN has been sending “feelers” to rival networks GMA and TV5 should they be interested in buying the rights for Darna, which will reportedly be converted into a television series instead of a movie.

No news yet as to any confirmed talks between ABS-CBN and other networks, but what’s sure is that we won’t be seeing Darna on screen anytime soon. Guess it'll take another couple of years before she hits the big screen again.