JUST IN: Jinkee Pacquiao Is One Glamorous Ninang at a Wedding Wearing Accessories Worth at Least P10 Million|Read more »
Culture | By Jam Nitura - Jan 22, 2023 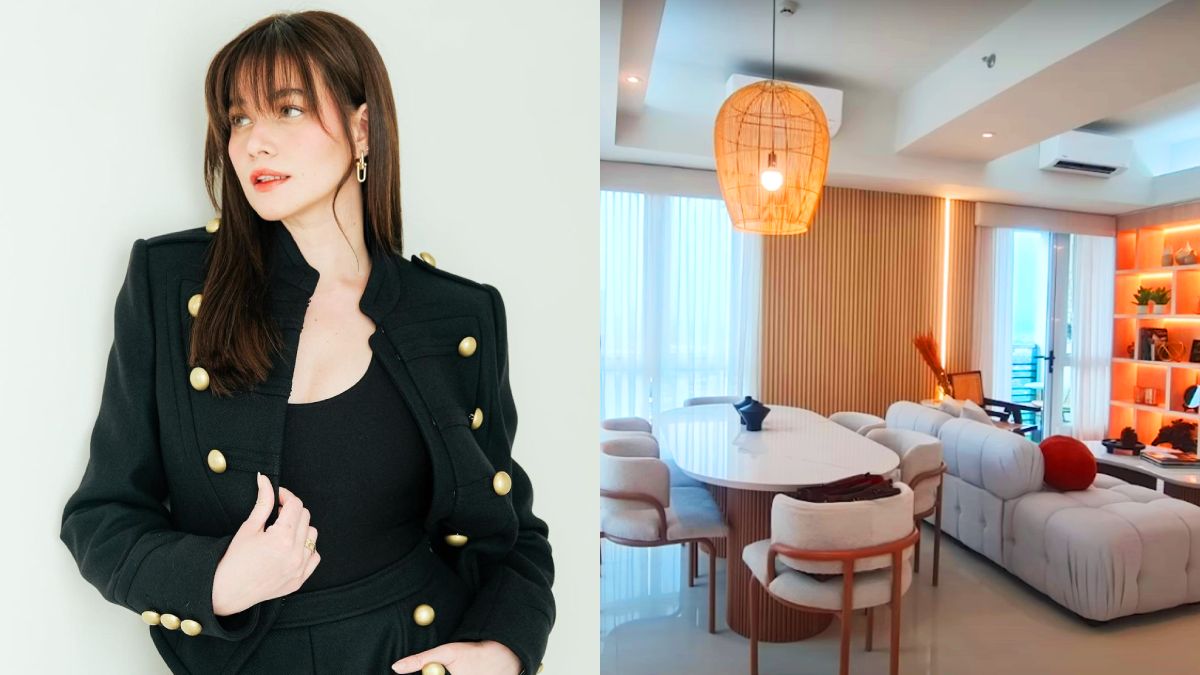 IMAGE INSTAGRAM/beaalonzo, YOUTUBE/Bea Alonzo
Here's everything we loved about it!

Bea Alonzo just gave viewers a tour of her new work space, and we can’t believe we’re saying this, but we’re getting absolute office envy.

According to the actress, she renovated her condo into a workspace to keep business from seeping into her home. With the help of her trusted interior designer Jeizele Delos Reyes-Go, her mini office sports a Japandi style look characterized by bright spaces and subdued, neutral colors.

Leni Calas of 5 Ward Design describes the theme as a “combination of Scandinavian functionality and Japanese rustic minimalism to create a feeling of art, nature, and simplicity.” We don’t know about you, but it’s safe to say we’ve fallen in love with this fusion style thanks to Bea’s office.

Here’s everything we love about Bea Alonzo’s new office:

Guests will be greeted by an arched entryway in between fluted panels and a French mirror wall. Behind the panels is a kitchenette built with a gorgeous marble countertop made with similar material to Bea’s apartment in Spain.

Style meets function as the mirror wall actually opens up to the office’s bathroom. To achieve a sense of fluidity, as Bea had hoped for, you’ll notice one or two of the same elements present in all the rooms. In the bathroom, you've got the fluted panel cabinet and the carrara marble counter.

The minimalist yet chic bathroom is also fitted with an asymmetrical mirror and potted plants to “bring the outside in.”

The work hub’s fluted panel and marble top motif continues in the living room. For a fleck of that rustic feel characteristic of Japandi spaces, beside the off-white couch sits a solihiya arm chair.

Of course, there’s also the customary flat-screen TV so Bea and her team can preview the content to be uploaded on her channel.

Beyond that is a mini photoshoot studio with various colored backdrops. It was originally planned out to be her personal office, but Bea explains, “Whenever my team or my manager [are here], ‘di naman talaga ako lalayo sa kanila. Of course I would wanna talk to them so it doesn’t make sense to put a division.” Instead, the area became a communal room for her team to shoot content in.

Watch the full office tour below:

Liza Soberano and Bea Alonzo Are Twinning in These Balmain Leather Coords Worth Over P300,000