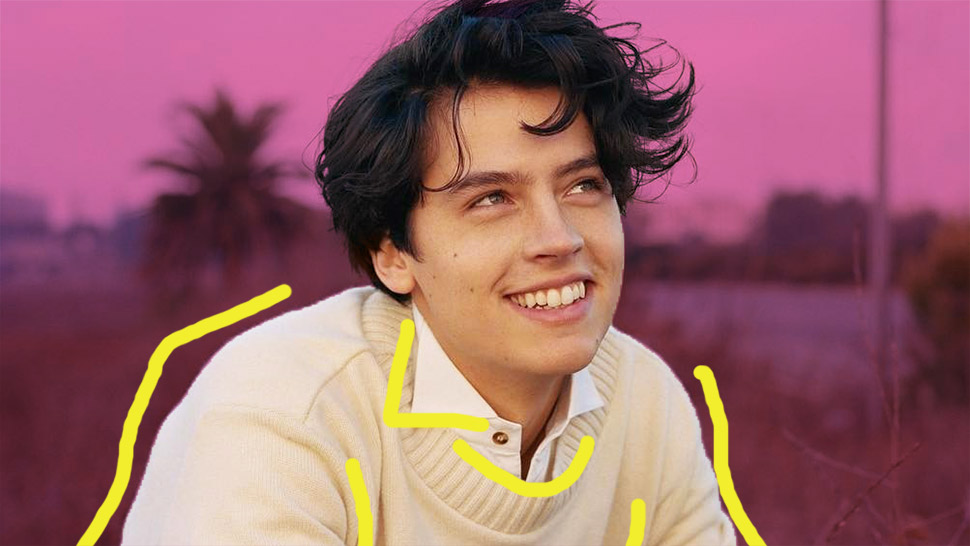 We've fallen in love with Cole Sprouse several times over—first in our childhood, and again right now as he plays the introspective, mysterious Jughead Jones on CW's Riverdale. But what exactly is it about this guy that makes him such a dreamboat? Let us count the ways...

Okay, what were you doing when you were twelve and not parked in front of the TV glued to The Suite Life of Zack and Cody? Not fully living, that's what. Admit it: even back then you already had a massive crush on Cole's rational-yet-bumbling character, wishing you could somehow teleport to the fictional Tipton Hotel and join in on the fun (which, of course, consisted mostly of pestering Mr. Moseley to no foreseeable end).

Cole Sprouse? Friends? Aka two of the things we love most on God's good earth?! You'd better believe it. "I had a really, really hard time working with [Jennifer Aniston] because I was so in love with her,” Cole, who played Ross' son Ben, admitted to MTV.com in an interview. “I was infatuated. I was speechless—I’d get all bubbly and forget my lines and completely blank. It was so difficult.” If that's not the most adorable thing you've read today, we don't know what is.

Double the trouble means twice the fun. The best things come in pairs, and Cole and twin brother Dylan are rock-solid proof. Check out their recent American Eagle Outfitters campaign above! 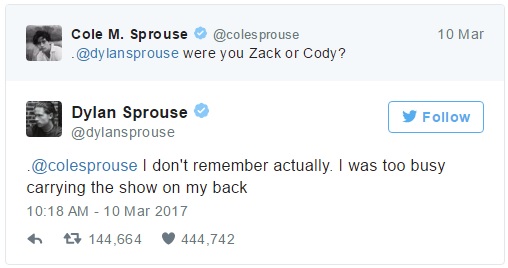 5. He's the #InstagramBoyfriend of your dreams 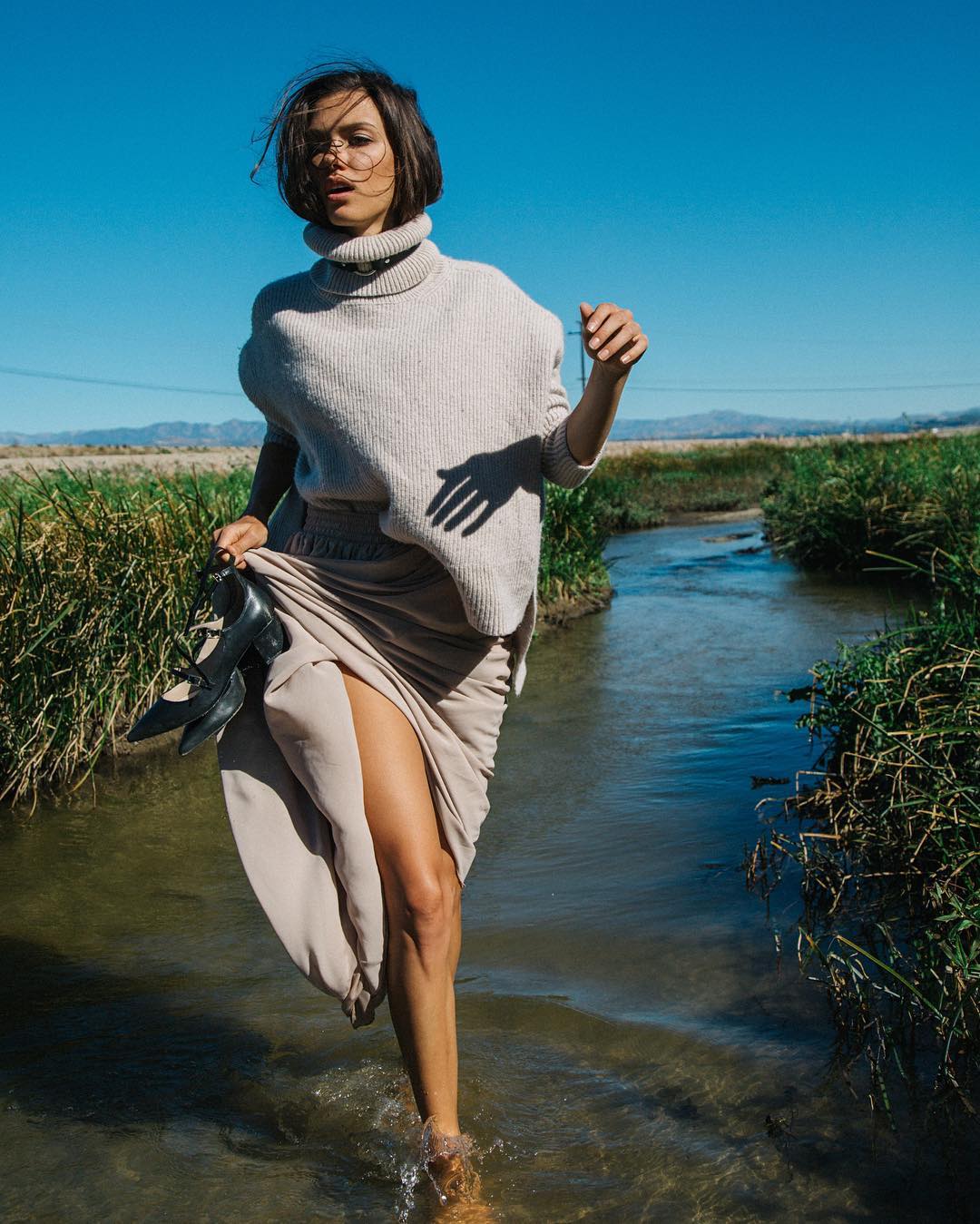 Yes, your boy took that photo. Aside from acting, modeling, and tweeting (all viable career options included, natch), Cole has shot editorials for Teen Vogue, Solstice, and Nude, and has also curated a breathtaking Instagram takeover with Conde Nast Traveler in Botswana. He can shoot us in the heart, too, if he very well pleases. Just putting it out there.

6. He's got a degree in Archaeology. 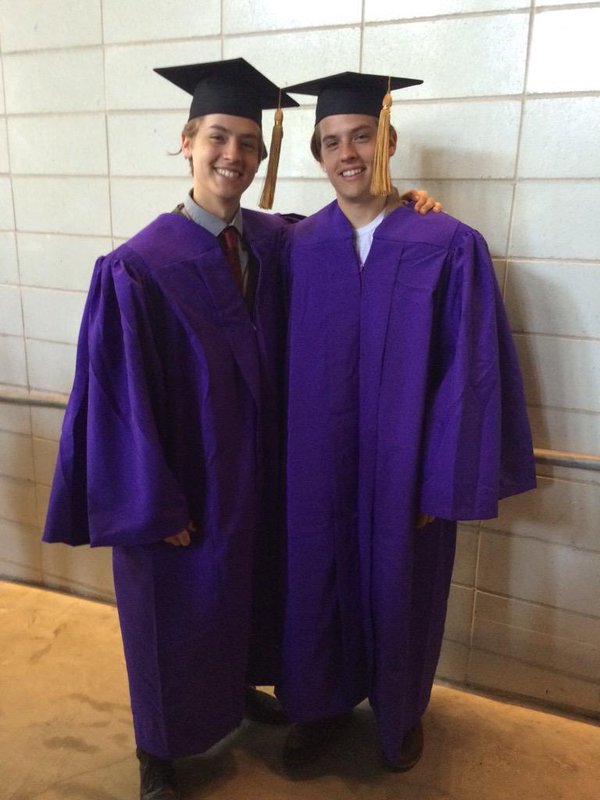 To be specific, an archaeology degree with honors. From NYU (that's him and Dylan on their grad day, awww). Aren't smarts just so sexy? We're left to wonder what Cole would've pursued if he hadn't gone back into acting via Riverdale—imagine him as a natural museum curator, perhaps, describing fossils and artifacts to enraptured visitors. He's one work of art we'd come to see, for sure. 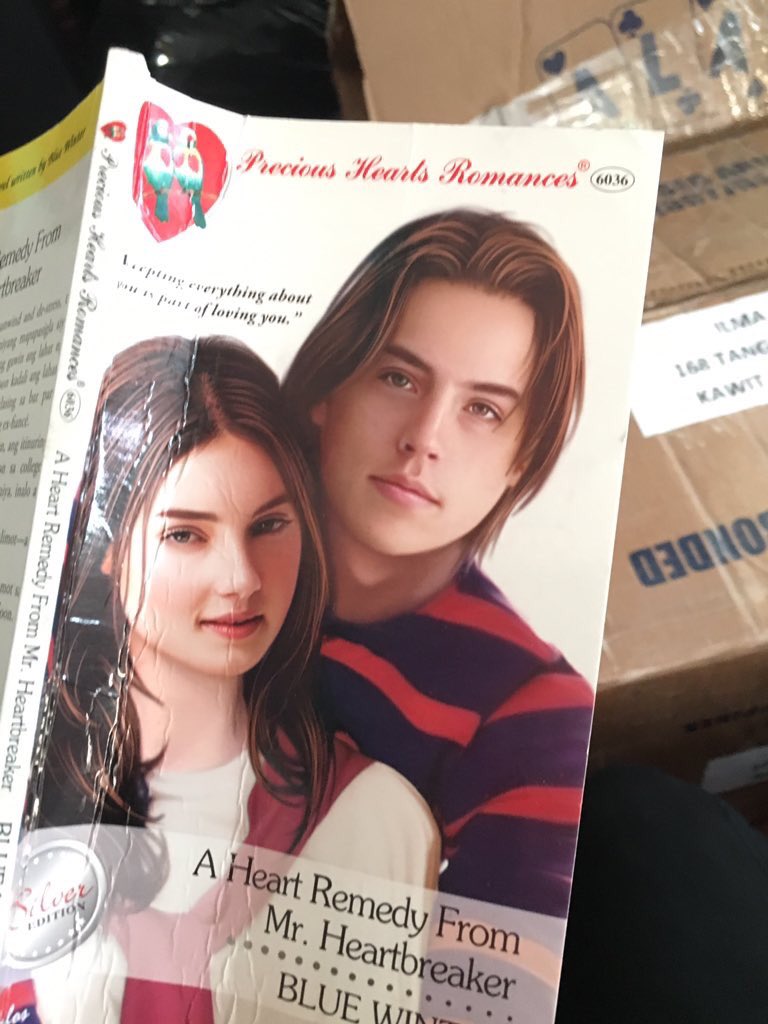 By now, Cole has undoubtedly starred in his fair share of magazine covers and photoshoots—he's been acting since he was 8 months old, FYI—but this particular book jacket takes the cake. Just two days ago, Cole tweeted this photo of a Precious Hearts Romance novel, snidely captioning it: "Shoutout to this publisher for using my face as the love interest of a romance. "A Heart Remedy From Mr Heartbreaker" in trashcans near you." Oooh, ouch. Next time, they better ask for permission. 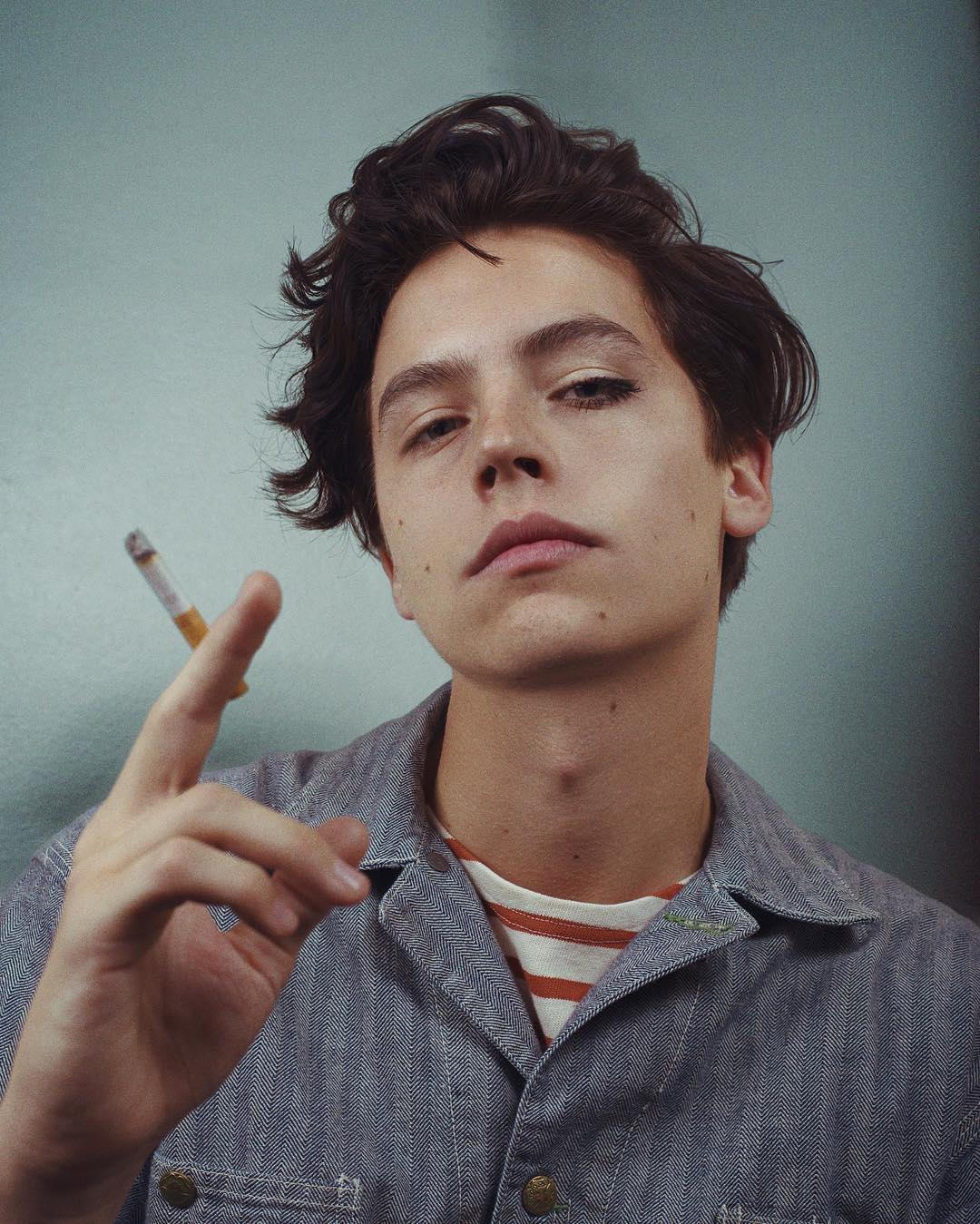 Look (lewk?) at him. Just look at him—reminiscent of a rakish James Dean, forever tousled, a little spent, a little restless and world-weary, casually flicking cigarettes between his fingers with cool nonchalance. His eyes are intelligent and his stare is smoldering, weighty, worldessly asking you to follow him to wherever (and you would, of course, in a heartbeat). You can't quite decide if he's the 1950s boy-next-door or the guy your parents warned you about—cliche, we know, yet either way you don't mind. He's already spawned a fleet of copycats, after all: rumors are flitting around that Daniel Padilla is being styled after him, but you can be the judge of that...

Is Riverdale the New Gossip Girl?

Which Riverdale Character Is Your Style Twin?

8 Road Trips To Take This Summer