She wants us to spread love, not hate! 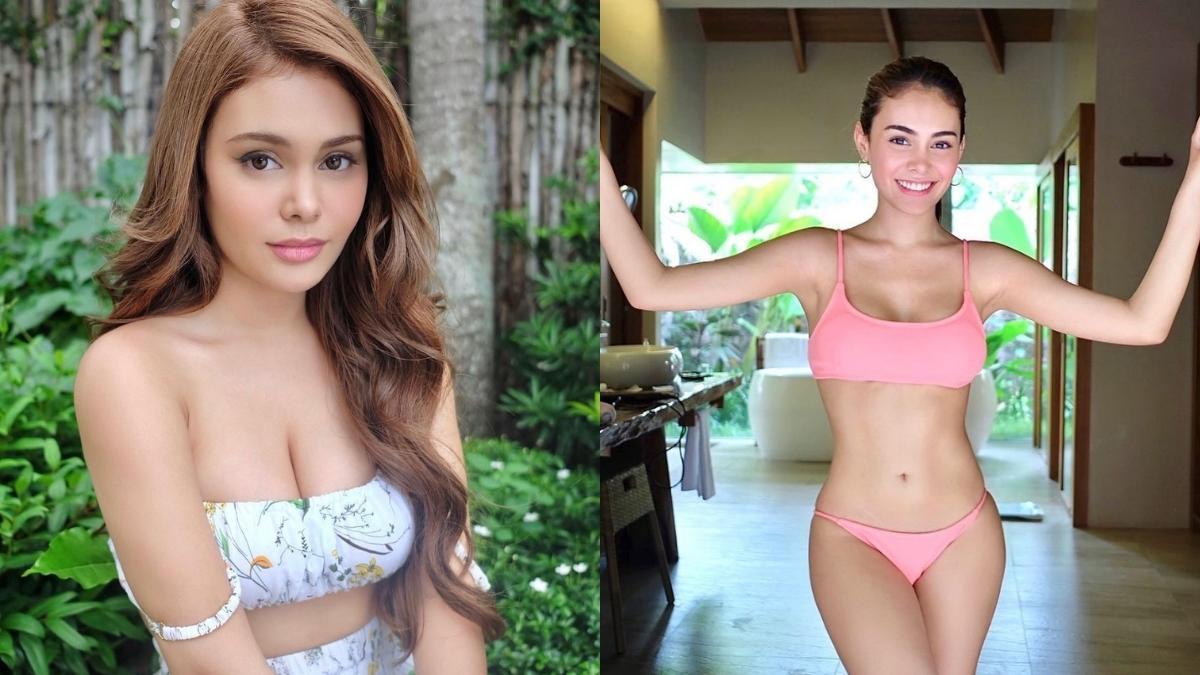 Ivana Alawi may be dubbed as the "Nation's Fantasy", with her gorgeous face and stunning figure, but it's not always rainbows and butterflies for the 25-year-old star. Like us, she still has insecurites about her body and also experiences those less-than-perfect days. In fact, she's no stranger to receiving unsolicited comments and hate messages from bashers. Even so, the actress and YouTuber continues to advocate for positivity and kindness. She's all about self-confidence, doing what makes you happy, and her social media posts are proof. Keep scrolling to see for yourself!

READ: All the times Ivana Alawi promoted body love and was unbothered by bashers

1. When she candidly revealed the real reason why she doesn't wear a bra

ICDYK, Ivana prefers to go about her days without wearing a bra. Need proof? One can't forget about her vlog back in 2019 when she did her laundry clad in only a skin-revealing tank top! It even inspired her Preview cover last October 2020.

2. When she was unbothered when a netizen called her a "bold star"

In a mukbang video for her YouTube channel, Ivana, along with her younger sister Mona, reacted to mean comments while eating Korean noodles. One basher commented, "maghubad knalang ngdamit kapa boldstar." Ivana simply laughed at the remark before proceeding to explain her defintion of what a bold star is, which isn't what she's portrarying. She simply enjoys wearing whatever she wants, and it so happens that those are more skin-revealing or "hubadera" clothing. She called herself a "sexy star," and added, "or ano, masaya ako mag-bikini.  Pero and pag-siswimsuit ko sa yo ay bold star, eh di bold star sa ‘yo." You go, Ivana!

3. When she openly talked about her own body insecurities

Ivana, just like the rest of us, has her own insecurities about her body, and she's not ashamed to admit that! In a vlog where she showed us how she does her signature make-up look, Ivana talked about one particular body part that bothered her for many years: her nose. “I find my nose cute," she said. "I used to hate it, but it if there was something I had changed in my face if I could change probably add a little more tip." Even though she admitted this, she also emphasized that she's now happy and content with how she looks.

4. When she fulfilled her house helper's dream of getting a nose job

Just last month, Ivana released a vlog about surprising her house helper of three years, Mae, with a nose job. It was Mae's dream to not only have a rhinoplasty, but also the procedure be done by the services of Belo. "Dream ko talaga magpagawa ng ilong sa Belo. Thanks [to] Ivana," she stated. Ivana, who has a heart of gold, brought Mae to Dr. Vicki Belo herself for a consultation and even pledged to cover all the expenses for the surgery.


5. When she reminded us to spread love, not hate

In the same video where she reacted to mean comments, Ivana also reminded everyone to spread optimism and kindness instead of perpetuating negativity and hate. After she and her sister Mona finished reacting to the comments, Ivana discussed the importance of self-love, and its cascading effect on our social interactions. "Let's always uplift each other," she said. Ivana even mentioned that her family, who knows the feeling of being the target of hate, doesn't do the same to others. "Kasi kami wala kaming hatred sa katawan," she added.

At the end of the video, Ivana addressed not only her bashers, but also those in general who spread hate towards others. "I hope you find true happiness," she told them. "And I hope you find self-love because when you have that, hindi ka mabababa ng ibang tao." Well-said, Ivana!