Because like us, we know you've been dying to recreate some. 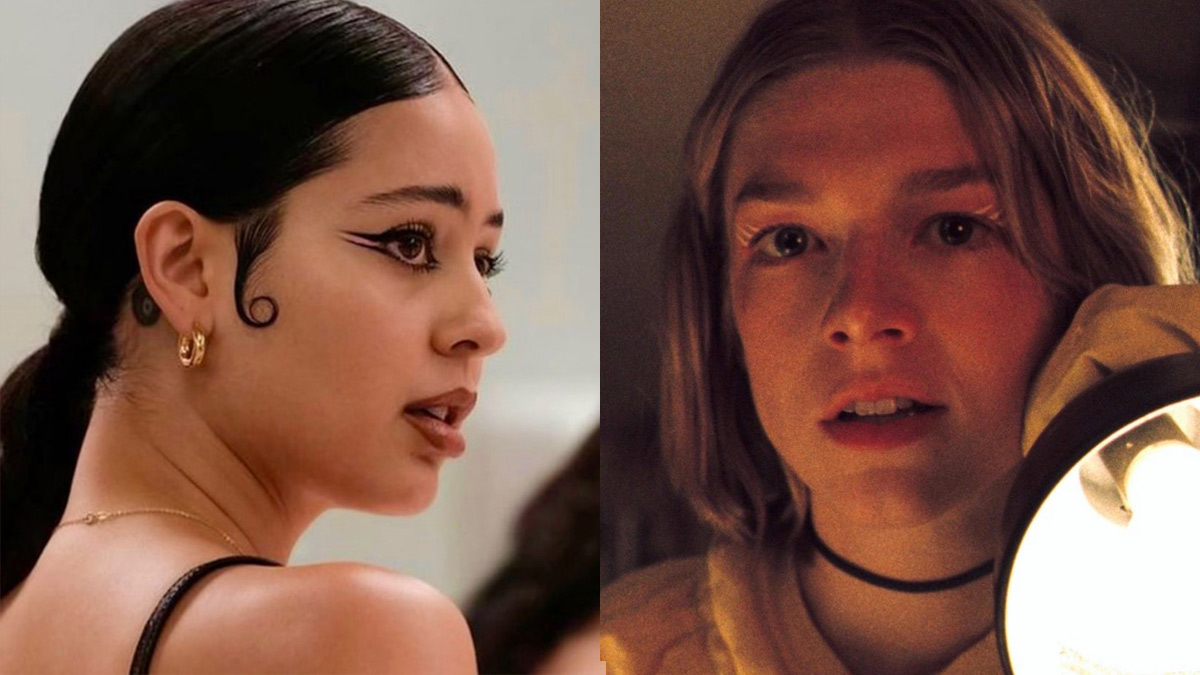 If you enjoy watching television shows, then you’ve most likely heard of the popular HBO series, Euphoria. While it is known for its intense plot, the show is also popular for the creative makeup looks by Emmy award-winning makeup artist Doniella Davy.

For the series' second season, Donni opted for more subdued looks on the characters compared to season one. However, you can still expect to see the return of the bold glam at every opportunity—specifically, parties. Need a refresher on the best makeup looks from the season so far? Let's run down the most memorable ones so far below!

Let's start off the list with one of Maddy’s (Alexa Demie) classic makeup looks even from the first season: A sharp black cat eye with bright eyeshadow. Here, she opted for a shimmery light blue on the lids, paired with some false eyelashes and a dark lip for that extra drama. Wear this makeup look for a New Year's Eve party like Maddy did, or just wear it around the house, because why not?

Here's another sparkly option for those who want a subtler look. For that tense bathtub scene in episode 1, Cassie Howard (Sydney Sweeney) was sporting peachy-pink eyeshadow and blush that gave her the prettiest flushed look. To add some extra twinkle, small gems were glued on her outer v to act as eyeliner. So cute!

This is another look from the NYE party in the first episode, seen on Hunter Schafer as Jules. Donni applied this unconventional liner shape as an inner corner accent, purposefully drawing in the viewers to Jules' gaze. Metallic and glittery light blue eyeshadow were also used to further emphasize the actress’ eyes and make them shine under the light. Needless to say, it was a party makeup look for the books.

You can’t go wrong with winged eyeliner, and Kat Hernandez (Barbie Ferreira) proved this during Maddy's birthday party in episode 4. To add a pop of color to her classic look, she added periwinkle blue eyeliner on top plus a dash of glitter and mascara for a wide-awake effect. She finished it off with pink blush and a tinted lip to balance the drama on the eyes.

5. Double the wing, double the drama

With how much drama there is this season, it's bound to reflect in the character's makeup. Case in point: Maddy with her double-winged look during that iconic bathroom scene from episode 3. If you look closely, you'll notice that she has light pink liner between the wings to highlight the shape!

Now that we've covered two black cat eye looks, how about a white one? Also in episode 3, Cassie tried to gain Nate's attention by channeling Maddy's style. But instead of Maddy's go-to wing, Cassie rocked a sharp and bejewelled version in white, a much bolder statement compared to her previous look above. "Initially I envisioned a soft baby blue for the liner until I realized how much more a stark white would show up on camera on @sydney_sweeney's skin tone," Donni shared. "The look had to pop so she could finally get Nate’s attention!"

So, we’ve talked about double-winged eyeliner and white eyeliner; but what if we combine those two together? In episode 3, we saw Jules in a white triple-winged moment paired with a terracotta eyeshadow on the outer V. This not only gave more definition to the wings, but also added more color to the otherwise minimal makeup.

Also from the New Year's Eve episode, we instantly fell in love with this chartreuse and blue eye look on Kat. The colors were softly blended up to her browbone, completed by a touch of glitter for that party-ready shimmer.

Donni explains that throughout the season, we’ll see Kat going for looks with a clean lower lash line and bright colors, indicating that she's still new to makeup. With that in mind, only minimal touches of makeup were applied on the rest of her face, like a light layer of mascara and neutral-toned lipsticks.

If there was one word that we could use to describe Maude Apatow’s Lexi, it would be chill; a breath of fresh air in this season's chaos. For her NYE party look, Donni and Tara Lang Shah stayed true to Lexi's personality by going for a simple yet defined eye look featuring glitter placement on lower lash line. This, along with some pink blush and last-minute berry matte lipstick, brought Lexi’s whole look together through the use of color coordination. Unfortunately, the glitter on her lids and the coral base were hidden by the dark lighting in the episode, but Donni did upload a BTS selfie to give viewers a closer look!

The Most Popular Makeup Looks for Brides, According to Pro Makeup Artists

10 Effortlessly Chic Haircuts With Choppy Bangs Anyone Can Pull Off