JUST IN: Jinkee Pacquiao Is One Glamorous Ninang at a Wedding Wearing Accessories Worth at Least P10 Million|Read more »
Beauty | By Marj Ramos Clemente - Oct 29, 2020 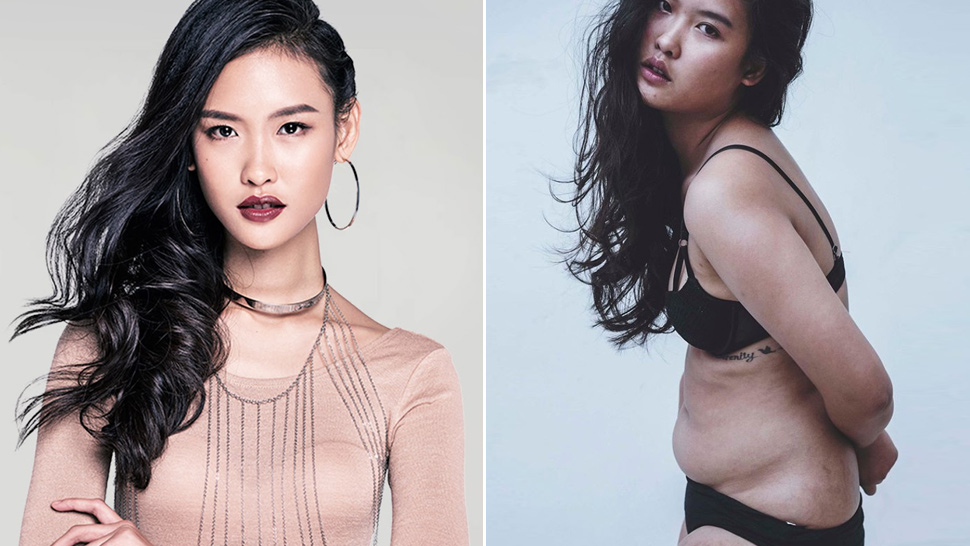 IMAGE instagram/clarasutantio
"This is my body that everyone used to say is perfect," says Clara Tan of AsNTM Cycle 5.

Remember Clara Tan of Asia’s Next Top Model? Of course, you do! The then-21-year-old model was one of the top contestants from Cycle 5, the same season where a Filipina—none other than Maureen Wroblewitz—brought home the title for the very first time in the history of the reality-based modeling competition.

Clara was among the three models who represented Indonesia, and she was arguably one of Maureen’s toughest contenders back then. She was the 11th contestant to be eliminated from the show, finishing in fourth place and packing her bags right before the final three was announced. Ultimately, Maureen was joined by Shikin Gomez of Malaysia and Minh Tu Nguyen of Vietnam in the Top 3.

More than three years later, Clara, still as fierce as before, is once again making headlines for starring in a new head-turning photoshoot—only this time around, the model’s slim figure has noticeably changed.

She released the whole set on her Instagram and bravely opened up about her weight gain and how she’s embracing her body and its flaws. In the photos, the model didn't bother to hide her bulging stomach or Photoshop her stretchmarks. Barefoot and clad in nothing but a two-piece black underwear, she was unafraid to bare it all—raw, unedited, and unapologetic.

She wrote, “Hi! My name is Clara Tan. I'm 25 years old and I used to be a model. This is my body that everyone used to say is perfect. I gained 17kg but that's okay because I'm happy. I started dieting since I'm 18, now I can eat whatever I want.”

"In this picture, I want to tell you guys that I'm not 'perfect' anymore. Body changes as you grow up, but it's okay. I'm human as well," she added. "Do I feel insecure about my body? For sure, yes! But I learnt to love it, because when you accept your flaws, no one can use them against you."

The model also went on to remind her followers that social media is often just an illusion and that no one is truly as flawless in real life as they are in photos. She revealed, “What you see on IG is not real. There's so much editing to find the right angle, so much filters to make you believe everyone online is flawless—the perfect life, the perfect body. And this is me showing my flaws with [confidence]. Will you do it the same?” She then ended her caption using the hashtag #ShowYourFlaws.

Clara’s post has garnered a lot of love and support from her Instagram followers, including fellow models and influencers. What stood out, of course, were comments from her AsNTM batchmates Maureen, Shikin, and Dorothy Petzold of Thailand.

"Keeping it as real as always," one user commented, while many others said they're proud of the model.

What a truly inspiring message! You keep doing you, Clara!