An Artist Weighs In On Why Makeup Is Important in Films

Here's why non-period makeup in a period film makes it bothersome. 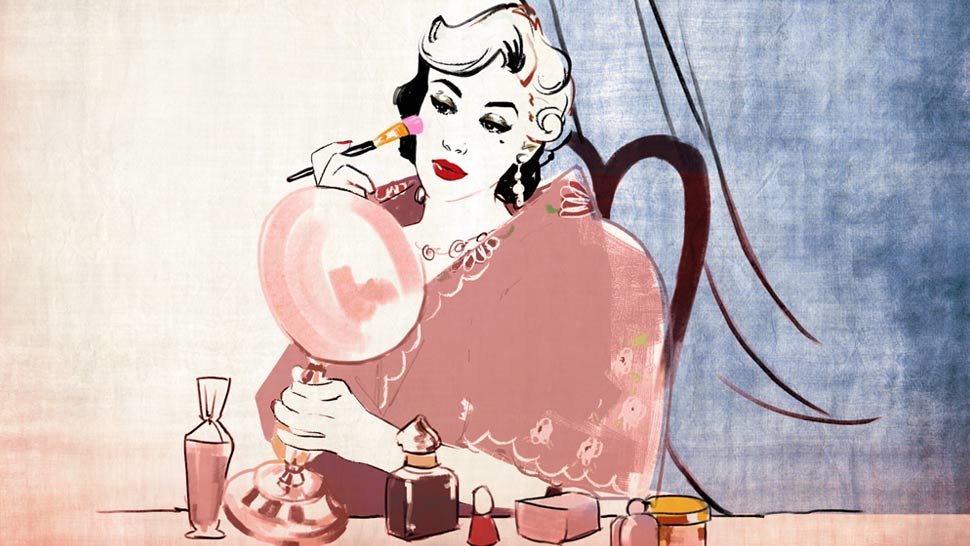 I’d like to believe movies are created to tell stories and suspend reality.

The closer you get to creating a world in those few minutes that fully entrap you in a different existence, the more effective you are.

We enter the cinema, a glorified black box, and are drawn to focus on the screen, the major source of light. We have no choice but to immerse ourselves in it.

This is why watching something in the cinema is different from viewing it on your laptop at home. Why distractions like cellphone lights and unnecessary chatter become disruptive. Why for those of us who have worked in films find disruptive distractions in the technicalities of movie-making—like continuity, feasibility and authenticity.

Continuity considers how seamless sequences and scenes that are supposedly chronological, but weren’t shot in that order, would look like upon final cut. Feasibility tackles how truthful and possible execution of actions and decisions are over scenes. Authenticity covers referencing on how accurate certain artistic and design choices are.

Sometimes, people chalk it up to artistic license when there are loopholes in these aspects. This can only go so far depending on what kind of film one is making. Magic-realism, maybe. Fantasy or sci-fi, most likely. But there are other films wherein loopholes become indicative of, perhaps, carelessness and lack of attention to detail. Whether it be with directing, writing, production design, wardrobe styling or hair and makeup.

Film is experiential. We hear that all the time.

Anything that deters you from the experience points it towards the direction of being considered great or just so-so. Great films work in such a way that you leave the cinema changed ever so slightly by glimpsing an existence other than your own. That glimpse has to be so real, you become part of what you see. So much so, that viewer becomes witness.

It is unfair then to solely place that burden on a few key positions. Director, writer, cinematographer, actors, production designer, wardrobe stylist, hair and makeup, and the entire crew have to work hand-in-hand to execute films successfully.

Everyone on that set matters.

Hair and makeup are two of the least noticeable aspects of film. In the Philippines, awards aren’t even given for it. One thinks of hair and makeup and associates it with frivolous explorations in vanity. Film, fashion, event, bridal, pageant, beauty and glam are placed into one convenient package and thought of as one. However, hair and makeup are multi-faceted.

We can look into films like I, Tonya and how it portrayed the transition from '80s to '90s through hair and makeup. The Great Gatsby released last 2013 put in a lot of thought in the 1920s hair and makeup, as well. The Crown is also a good series that depicts the 1940s to the 1950s nicely. Another series I like on Netflix that tells of its period setting well is Peaky Binders. Locally, there's Oro, Plata, Mata.

People underestimate the impact that right hair and makeup can lend to films. Casual viewers tend to overlook it. And the irony in giving it importance is it should work effortlessly into what is created, that it adorns what is seen and does not deviate from the immersion.

This is how hair and makeup ideally work for film. There are also goals and aims that have to be taken into consideration.

If your aim is to recreate Manila in the 1940s, it is not enough to have the costumes and set well-researched. If you do not put in the same thought to hair and makeup, the entire thing falls apart.

It is important to consider if hair was curled using rollers, curling irons, hot tongs or strips of tissue. If they were set with hairspray, pomade, gel, beer, egg whites or crushed candy mixed with water—the preference and availability of which could tell the audience in one glance what social status a character had.

It is important to consider the finish, whether it should be matte or glossy; the shape of the brows, its existence or non-existence; the colors and application of eyeshadow and blush or contour. It gives a background on what things were available for use back then. Were resources scarce? Where did these resources come from and what does it reveal about the relation between the actual setting and the point of origin?

Was that shade and finish of lipstick in production during that era? Did they like bright colors? Is it matte? Is it shimmery? Metallic? Or sheer?

Going back to 1940s in Manila, that was the time of the red lipstick. It was a source of empowerment for women during World War II. Red lipstick has never been as ground-breaking as it was during that time. To have used that would have echoed and given tribute to the struggle of women in history. Such a minute detail, with so much historical impact. To bypass it is to disregard a rich, already established history.

These films are supposed to reflect an era that already existed. In that way we ensure future generations who use our output as reference to remain true to it as an homage to history. We add to it, rather than take away from it. We tap into all these other things not overtly presented, creating latent impact in the subconscious of the viewer.

If the aim is to make characters and experiences relatable, full makeup with eyebrows on fleek and curled up hair while doing household chores or sleeping is not the way to achieve it. You aren’t even supposed to be wearing makeup while sleeping. That’s bad for your skin.

How can one relate to a character in the throes of grief when they look fresh and made up, whereas grief is more relatable to as an ugly and painful occurrence? Eyeliner and mascara on the run, red-nosed, swollen-eyes, keeping the snot from dripping from your nostrils, ugly? Grief may not have just one face, but which one would be more accessible to the audience?

Perhaps, part of the reason why discriminating film viewers are sparse is because of our lack of investment in our own work. Is it possible that we have unrealistic standards of beauty because of how we’ve placed everything we come up with in one visually appealing, aspirational package and force-fed it to viewers under disguised relatability? Who knows?

What I do hope is that well-made, relatable films help develop a better audience. It’s a give and take dynamic that has to begin somewhere. If all I do for a film is hair and makeup, then I’ll do what I can to the extent of my scope of contribution. If you want your work to matter to others, it starts with you.

Hair and makeup, likewise with anything else that you choose to do, can be artful. They can be meaningful if you use the craft as a medium to stand for something; intelligent, if you take the time to pick it apart with research and reference. Go beyond superficial and elevate the craft.

Pretty should not be the only thing that matters because isn’t real beauty about authenticity, after all?

Jopie Sanchez is a hair stylist and makeup artist for film, ads, weddings, editorials and fashion shows. Her film work includes K’Na the Dreamweaver, Patintero: Ang Alamat ni Meng Patalo, Ang Manananggal sa Unit 23B, and Maestra. Upcoming films are Lester, Mr. and Mrs. Cruz, and The Eternity Between Seconds. This 2018, she celebrates her 7th year in the industry. She's also the co-owner of Nawa Philippines, which offers T’Boli brass jewelry with a cause.

These Filming Locations Prove That Westeros Exists in Real Life

This Skin Care Product Actually Doubles As An Amazing Highlighter