Would Men Really Kill For A Pair Of Sneakers?

Women pull each other's hair over a pair of heels but here, we prove that men are just as obsessed. 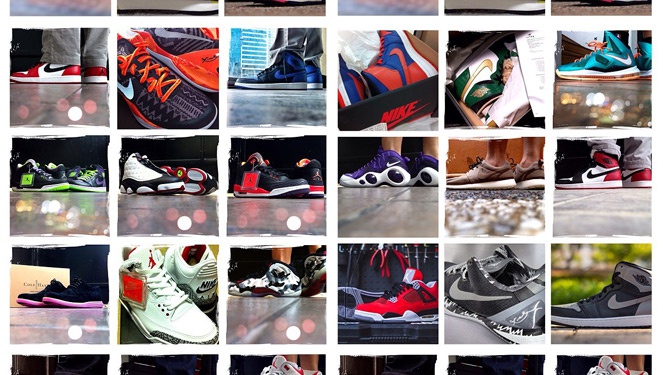 Women pull each other's hair over a pair of heels but here, we prove that men are just as obsessed.
Shares
Share
Tweet
Comments

There’s been a sneaker pandemonium over the past couple of years and who do we have to blame? Michael Jordan? Lebron James? Kanye West? Guys, tell me. While we ladies cannot deny our, well, exorbitant and egregious retail habits, apparently the gentlemen can get pretty obsessed/passionate when it comes to their fashion. Hello, sneakerheads, we have proof!

In 2012, a bunch of people camped outside the 1948 store in Shoredich, East London days before the release of Kanye West’s Nike Yeezy II. (By “camped,” we mean people actually pitching tents.) More than a hundred fanatics slept on the pavement and under the bridge just to be able to spend over $200 dollars for a pair of shoes.

In June 2013, a man was fatally shot after he tried to rob people waiting in line for a $180-pair of the LeBron X EXT in Atlanta. Here’s the shocking part: The shooting deterred no one! People continued to line up until the store released the shoes at 12nn. By 2pm, the sought-after pair was sold out.

In August 2013, while waiting in line in Meadows Mall in Las Vegas for the new release of the Michael Jordan high-top tennis shoes, a man was allegedly shot multiple times by another customer wanting to get a pair. And just last December, violence broke out around the US as frenzied crowds battled out to get their hands on a pair of Nike’s Air Jordan 11 Gamma Blue sneakers.

The sneaker culture here in Manila is relatively more peaceful, though, where it’s just starting to really grow. Sole Slam Manila organizer and sneaker collector Antonio Aguirre, Jr. says, “Here in the Philippines, thankfully, nobody has been shot or I have not heard of any fistfight happen because of sneakers, only these online warriors, thugs who whine a lot and name names during campouts and stuff about hoarding sneakers and line issues.” 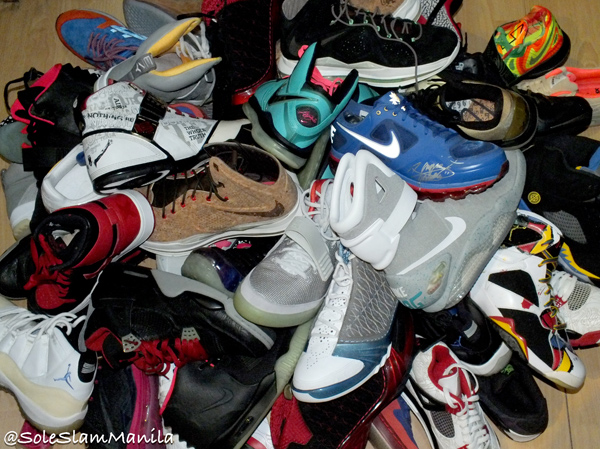 Antonio started collecting sneakers in 2010 and now has around 1,000 pairs (1,000!) in his collection, ranging from Jordan, Nike, adidas, New Balance, Reebok, Puma, Asics to Louis Vuitton and Balenciaga. 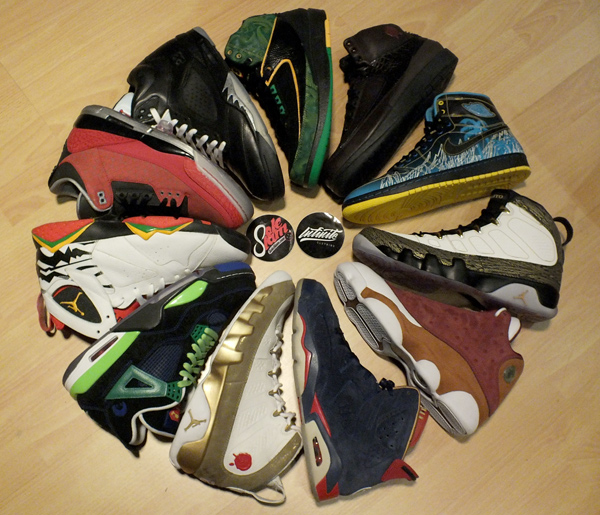 When do you think you’ll stop buying? “Until sneaker brands stop making dope sneakers or when I don’t have money anymore; until then, I won’t be stopping any time soon,” Antonio reveals.

Sole Slam Manila is the first and only premiere sneaker and streetwear trade expo in the Philippines where sneakerheads can buy, sell, and trade favored and in-demand pairs and meet with other sneakerheads, too. With the number of people attending the event, which started in 2011 with about 1,500 going up to 7,500 in 2013, our guys are certainly stepping up their game in this footwear fever. 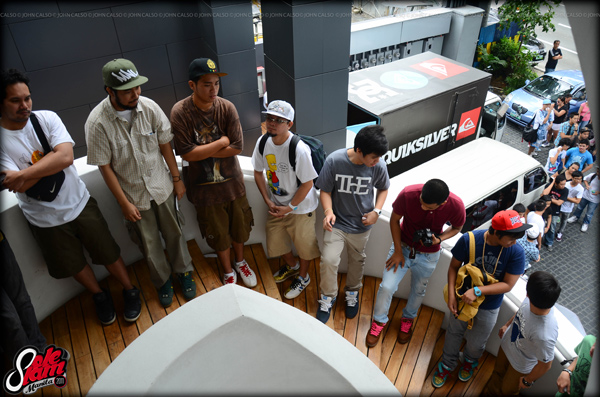 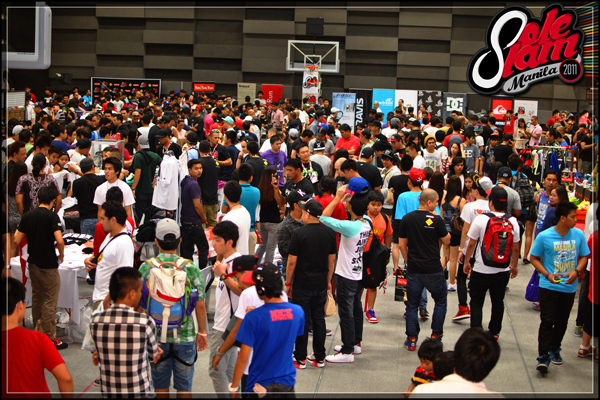 Each collector has a different approach. Some do their transactions online, and there are those who line up for hours on end. There’s a type who buys the exact same pair several times, and another who makes sure he has all colors available of the same style. There's probably one who is all of the above.

Even the way they arrange and store their collection is a different story—in boxes complete with that crumpled paper wadding inside the shoes, in resealable plastic bags with dessicants for moisture absorption (Beware: They're the silica gel hoarders!), or perhaps in customized shoe closets arranged by style and by color. Oh, believe me, they're the most organized species on earth when it comes to their sneaker collections.

You see, they've even developed a style of walking to avoid creasing and flexing their shoes! Never mind if they walk like a penguin. 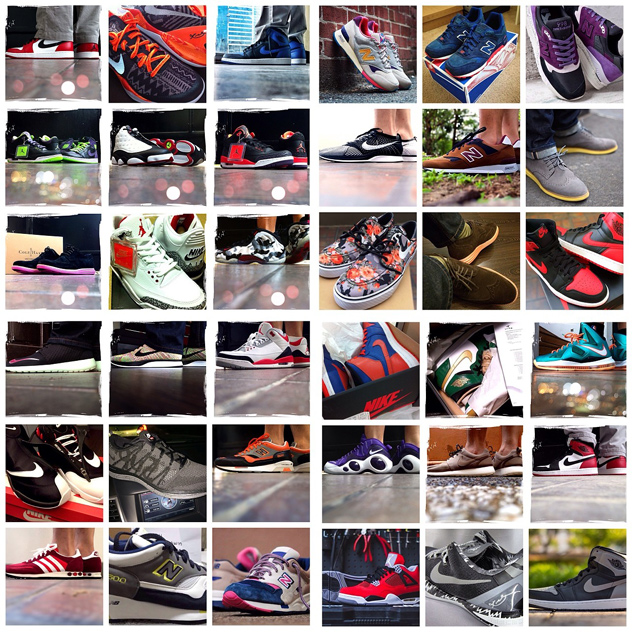 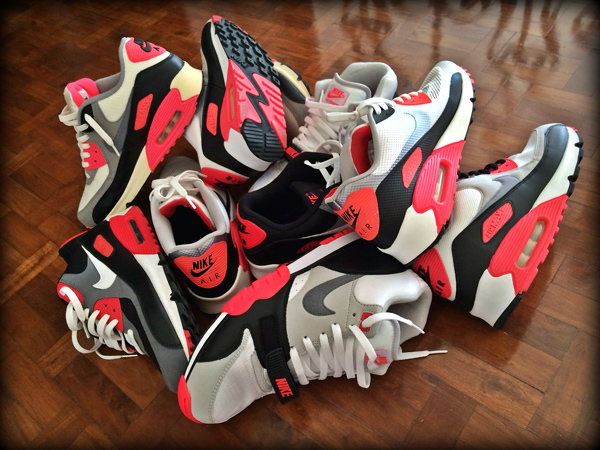 Some of businessman Dandy Chua’s sneakers in his collection, Nike Infrareds in different colorways

Women's fashion obsessions have long been well-documented—and I'm assuming we've all witnessed a lot more drama here—but seeing the blood-pumping reaction of these gents upon knowledge of the next sneaker release is quite fascinating. What Christian Louboutin is to us women is probably what Tinker Hatfield is to these men. We kind of get it, guys. As long as you don’t kill anyone, as long you don’t step on anyone, fanaticism isn’t all a bad thing. And we, ladies, support!

Marc Jacobs Had A Makeover? Say What?