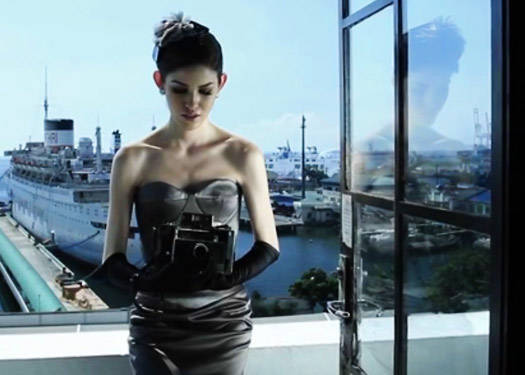 Why did you decide to do a fashion film?

For the 25th anniversary of [the Philippine Star], each lifestyle section had to do something. Instead of doing a workshop-y event, they originally wanted us to do like a beauty seminar with readers, we wanted to do something different. And since we usually like to do something with a big dramatic production, we wanted to do film because we’ve never done it before. So we collaborated with these three brand new filmmakers on a noir film.

How did you choose your muses?

We chose eleven girls because it’s 2011, that’s all! We chose eleven girls who represent the new wave of beauty and fashion. We wanted to celebrate the new wave of young, up and coming, or [established women who] haven’t necessarily gotten their moment in the limelight. So you’ll find people like Marga Valdes who tends to work behind the scenes because [sister] Bea Valdes tends to be in the spotlight; Lucille Dizon who is also a strong voice in the jewelry design world; Nadine Howell who is the equally talented sister of Rhian Ramos—it’s their time to shine in 2011.

We hope people will embrace this new kind of fashion film. We’re not selling anything in the film. What we’re selling is young talent.

Tell us about the film. Is there a story or is it a straight-forward fashion editorial.

The film has a French Noir feel. There’s kind of a story. I don’t know if you’ll figure it out when you see it. [The Midnight Bonkers team] Paolo Pineda and Dondi Narciso and Ejay Leung had been watching a lot of David Lynch films. Originally, we were going to do a murder-mystery and in the end all eleven girls would die but that doesn’t send a strong message about female empowerment. So in this case, the eleven girls are targeting this one guy and you don’t know who’s responsible for his death. It’s a Whodunit. There’s no real answer. It’s up to you to decide who did it.

How about the rest of the creative team?

Charmaine Palermo was an amazing talent. She hasn’t been styling much, so she really took to this project because she wanted to do something really creative. The look wasn’t just “Dita Von Teese”. We were looking at ‘40s, young, sophisticated, and old Hollywood. We  didn’t want to do anything that was too vavavoom or too extraneously sexy, but something subtle and dark and that’s sexy in its own way.

Is this going to mark your entrance into the multimedia sphere or the web?

Yes. We produce fashion shoots every Friday and in a way we don’t want to be limited by the paper anymore; we just do 2Ds at the moment. In a way, this is like a visual journey, kind of a creative process that we go through every week. And it’s fun.

You also do amateur behind-the-scenes videos of your shoots. Did the idea for a film stem from that?

I wanted to work with people that could polish and refine the medium and they could do things I could never do. And it was so fun to work with them also because they were so open to ideas. The girls surprisingly, even though they’re not actresses with the exception of Kylie Padilla, were so easy to work with. They were nervous but strangely enough eager to work in front of the camera.

How did you get them to agree to do the film.

I took them by surprise. I didn’t tell anyone that it was for a movie until everyone was confirmed. That’s how I work: I book them and then I tell them the concept so they can’t back out.  (Laughs)

Will we be expecting more of this throughout the year?

We’re excited. We want do more things similar to this and we want collaborate with other young talents and do something new each time; not just have a party. Although a party’s fun too.

We’re supposed to celebrate our 7th anniversary this year but it’s hectic to put together an event. Our last event was so huge and that was a few years ago. It was our cinema-inspired party, which was around 4 years ago for our 3rd anniversary. So we might do something bigger for our 7th anniversary. If that pushes through then that will definitely be much bigger. 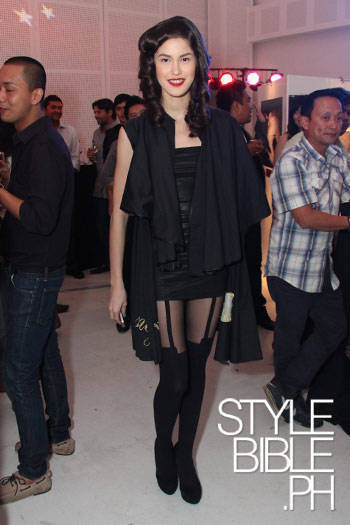