JUST IN: Jinkee Pacquiao Is One Glamorous Ninang at a Wedding Wearing Accessories Worth at Least P10 Million|Read more »
Fashion | By Jam Nitura - Nov 9, 2018

9 Most Noteworthy Moments at the Victoria's Secret Fashion Show 2018 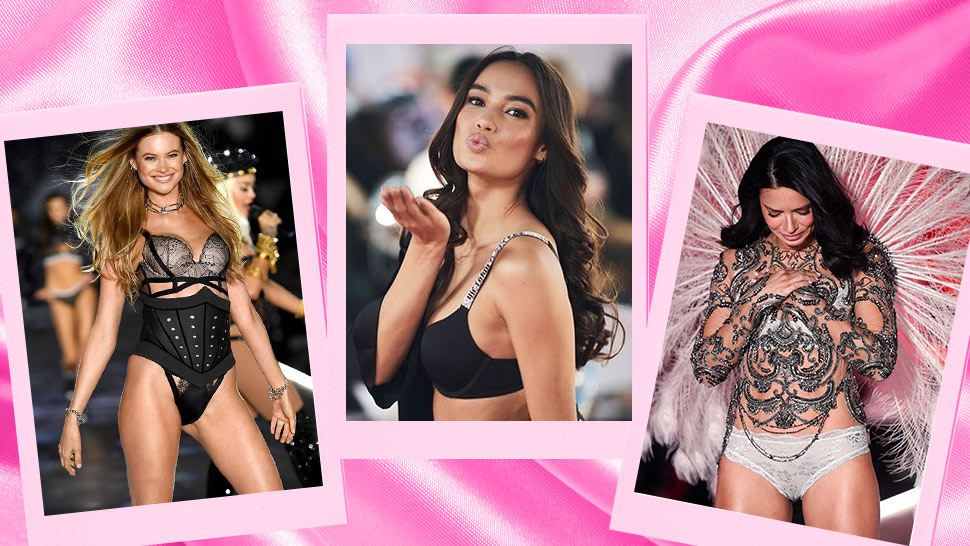 The Victoria's Secret Fashion Show is back in New York, taking flight for their 22nd year as the biggest lingerie extravaganza in the world. The show is still set to air on December 2, but while we wait, here are some of the most memorable moments in this year's show to tide you through the coming weeks.

At just 22, Taylor Hill was given the honor to open the lingerie show this year, inducing excitement in her fiery red wings and thigh-high gladiator heels. We remember when Candice Swanepoel bagged the opportunity last year, and this year's Fantasy Bra model Elsa Hosk last 2016.

2. Adriana Lima walked down the VS runway for the last time.

After opening the show five times, wearing the coveted fantasy bra for three, and a legendary 20 years with the brand, Adriana Lima is ready to hang her wings. The supermodel took it to Instagram to thank Victoria's Secret and her legion of fans for her memorable run as a VS angel. " Dear Victoria, Thank you for showing me the world, sharing your secrets, and most importantly not just giving me wings but teaching me to fly. And all the [love] to the best fans in the [world]! Love, Adriana," she wrote. The 37-year-old fought back tears as she graced the runway for her final walk while being honored as the "greatest angel of all time" to the cheers of the adoring crowd.

3. Kelsey Merritt finally got to live her VS dreams.

Of course, we couldn't help but anticipate Kelsey Merritt's turn on the big stage as the first Filipina to walk down the Victoria's Secret catwalk. She absolutely did not disappoint as she came out and rocked the runway in a stunning metallic ensemble.

All eyes were on Elsa Hosk, on her birthday no less, in the million dollar Dream Angel's Fantasy Bra—and boy, did she deliver! Elsa carried the lavish garment with grace and finesse with a pair of finely feathered wings and heels to boot.

The show isn't just known for its stunning models, it also packs a punch every year for some of its out-of-this-world wings that no doubt take only the best artisans and an insane amount of time to make. To illustrate, Romee Strijd's starry intergalactic wings reportedly took an insane 300-400 hours and a whopping 125,000 Swarovski crystals to create! Crazy right? But definitely worth all the effort because the model looked nothing short of a celestial angel on the catwalk.

6. Swarovski brought luxury to more than half of this year's looks.

Speaking of Swarovski, with a total of 90 looks this year, more than half of them were encrusted with the brand's luxurious crystals. This, of course, includes the million dollar Fantasy Bra worn by Elsa Hosk with over 2100 diamonds and topaz, plus a 71-carat center piece.

7. Behati Prinsloo made an epic comeback to the VSFS runway.

After a two-year hiatus from the fashion show, Behati Prinsloo finally returned to the VSFS catwalk, fresh from giving birth to her baby boy just seven months ago. The now mom of two showed off her rocking bod in a tartan ensemble as her husband Adam Levine watched on, attending the show for the first time in years due to scheduling conflicts.

8. Shawn Mendes, Halsey, The Chainsmokers, and more brought life to the VS runway.

What's a fashion show without the right music to sassily sashay to? For this year, Shawn Mendes, Halsey, Kelsea Ballerini, The Chainsmokers, Rita Ora, Bebe Rexha, and The Struts made up the show's soundtrack. Having dreamed of this moment for years, Halsey showed up with an equally enviable physique and feather-winged brows as she serenaded the models with her greatest hits including her latest single Without Me. Performers of the past years included other big names like Harry Styles, Taylor Swift, Ariana Grande, Lady Gaga, Selena Gomez, and Rihanna.

9. The brand's Mary Katrantzou collaboration lit up the runway in vibrant prints.

In contrast to last year's rocker chic Balmain collection, Victoria's Secret's collaboration with the queen of prints brought screaming color and a slew of vibrant floral prints to the catwalk, as showcased by models like Winnie Harlow, Sofie Rovenstine, Nadine Leopold, Alexina Graham, and Liu Wen. Especially noteworthy from the VS x Mary Katrantzou collection was Gigi Hadid covering the runway in a parachute while clad in a bra and a pair of pink floral pants.

You Have to See This Year's Victoria’s Secret Fantasy Bra!

5 Outfits Kelsey Merritt Has Worn to the Victoria's Secret Headquarters