JUST IN: Jinkee Pacquiao Is One Glamorous Ninang at a Wedding Wearing Accessories Worth at Least P10 Million|Read more »
Fashion | By Nikko Tuazon for Pep.ph - Sep 24, 2022 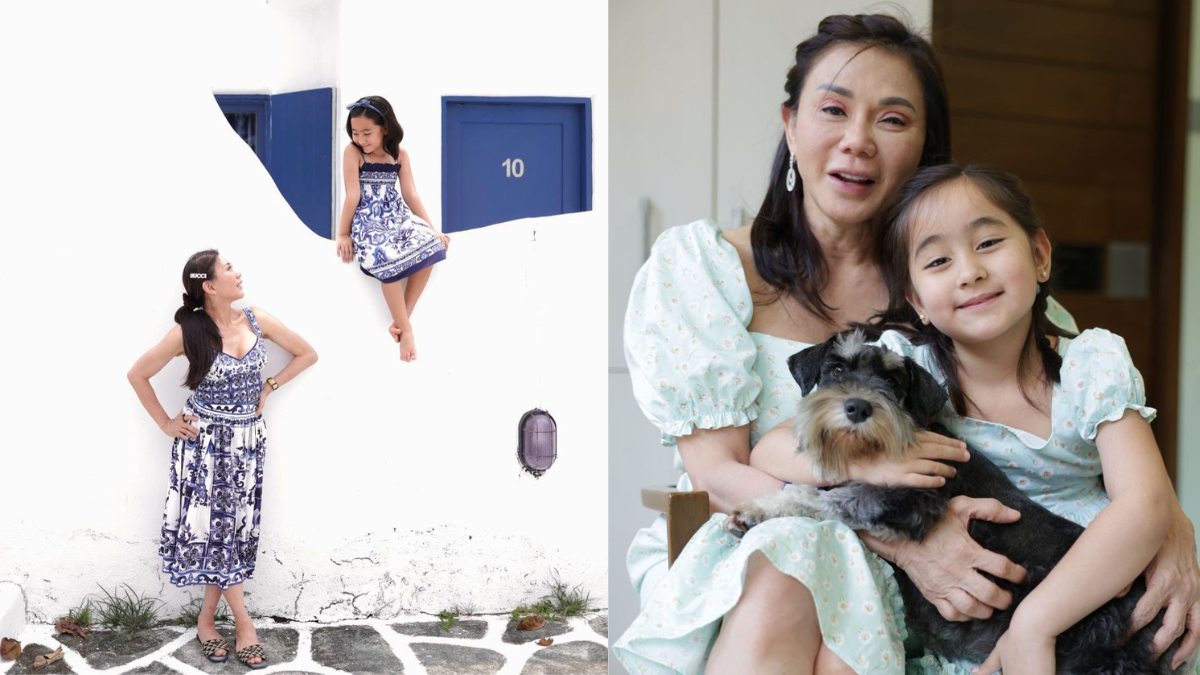 IMAGE instagram/victoria_belo, scarletsnowbelo
Dra. Vicki is proud of Scarlet Snow growing up to be fashionista like her

Scarlet Snow Belo has just been recognized as a "fashion icon." At age 7, the daughter of celebrity beauty doctors Vicki Belo and Hayden Kho is the youngest fashionista in Tatler Asia's Most Stylish for 2022.

Doc Vicki shared all about it in an exclusive interview last Friday, September 9, 2022, during the 32nd-anniversary celebration of her company.

She said, "Every year, they have this style issue. Parang may board of directors, everybody in the region has to agree na stylish itong tao na ito.

"Kahit Philippines, it's in the list of all Asia. Scarlet is the youngest and, I guess, the only little girl who's there."

With obvious pride, she shared she has always been in charge of her daughter's OOTDs.

She continued, "I'm so proud kasi, of course, I helped dress her, so that's on me!"

Doc Vicki said her daughter has been choosing the clothes she wanted to wear.She said, "May konting ano na siya... She chooses her dress na, her clothes." But even then, and even when Doc Vicki could just buy everything for her, Scarlet Snow has also been wearing hand-me-down dresses, but not just any kind of hand-me-downs.

For Doc Vicki, it's one way of demonstrating sustainable fashion to Scarlet—such as passing down the clothes Scarlet have outgrown to her granddaughter Siena, the daughter of Cristalle Belo and her husband Justin Pitt.

Aside from her developing taste in fashion, Scarlet Snow's growing interest in art and Pokemons is becoming more apparent. According to Doc Vicki, "She's an artist, she draws. And ang [interest] niya ngayon is Pokemon. So I have to memorize all those Pokemons. "Mas conscious na siya. And mas nakakapag-converse na ako kasi hindi ako masyadong magaling sa laro. Mas type ko yung talking-talking, mother-daughter bonding." And being a mother, she feels blessed so see her daughter's kindness to others. She said, "Habang tumatanda siya, lalong bumabait. So we're very grateful kasi sobrang sweet, sobrang bait."