TRY: 9 Easy and Stylish Ways to Color Block Your Outfits, According to Celebrities|Read more »
Fashion | By Nikko Tuazon for Pep.ph - Feb 4, 2021

Dra. Vicki Belo Recalls Crying Over an Hermes Birkin Bag That Was Stolen

It was a limited-edition bag. 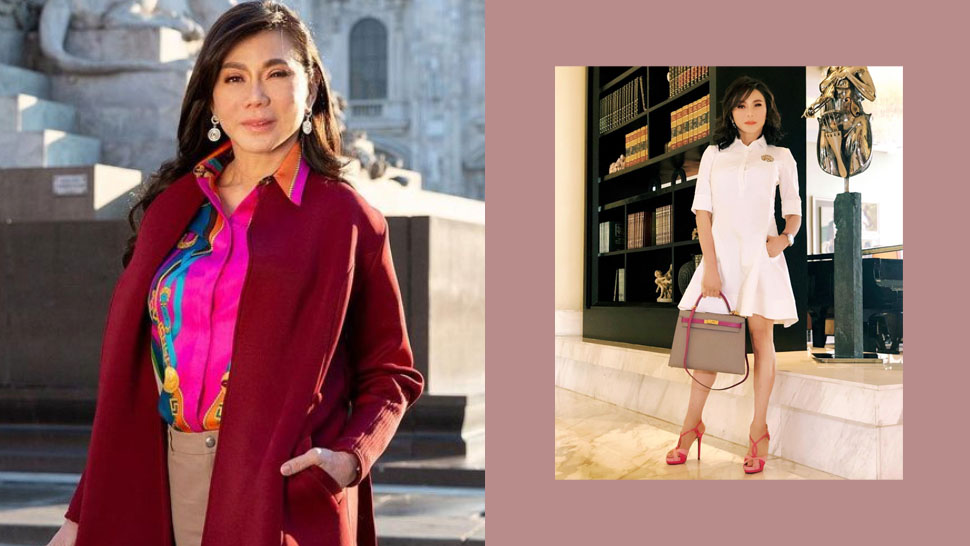 Dra. Vicki Belo has been collecting Hermes bags for 20 years, and she has at least 30 Birkin and Kelly bags in her collection.

On Thursday, January 28, 2021, the celebrity beauty doctor opened her walk-in closet to her YouTube subscribers who have long waited to see her bag collection.

While showing some of her best-loved pieces, Dr. Vicki revealed that she lost her favorite Birkin bag. She recalled, "Actually, yung pinaka-favorite ko nawala, ninakaw. I don't know who got it. But it was black on black, it was a very special edition.

"It didn't even have an orange box. It had a black box. It was matte."

Pointing out the zipper, lock, chain, and buckle, a bag's hardware, she added, "Pati ito black. Everything was black. It was a one-of-a-kind collector's edition."

Vicki said she discovered the bag was missing only recently. "When I opened the box a few months ago, that black bag was gone," she said. "Yung box nandun pero dun sa loob ng box is a white bag, which wasn't the right bag.

Based on her description, Vicki's missing bag is a Birkin So Black, which was launched in 2010, the year Jean Paul Gaultier stepped down as the brand's creative director after seven years.

According to saclab.com, a Germany-based online shop for carefully curated pre-loved luxury bags, Hermès immediately stopped production of this bag after reports of hardware chipping emerged. However, because many loved Gaultier's monochromatic masterpiece, it remains to be in demand.

According to CollectorSquare.com, a Paris-based online shop, a So Black Birkin 30 was sold for $41,828 or around two million pesos at Christie's Hong Kong, a well-known British auction house that has presence in over 43 countries around the world.

The Most Expensive Designer Bags We Spotted On David Guison

10 Beach Ootds To Try This Summer, As Seen On Celebrities