DID YOU KNOW? Dimples Romana Opened a Restaurant in Singapore and We Can't Wait to Visit in the Future|Read more »
Fashion | By Pauline Juan - May 1, 2017

How the Internet Changed the Ways of Fashion Journalism

We know. Magazines cannot beat the speed of a single tweet. 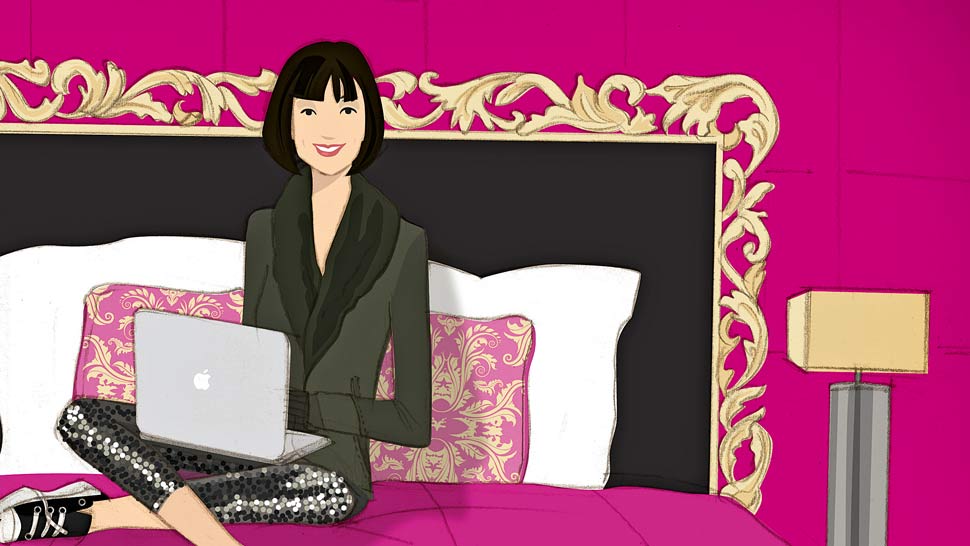 I lied. I’m sorry. I never meant to go back on my word, but it turned out to be much harder to do than I imagined it would be. I’m talking about tweeting, of course. Awhile back, I wrote in my column that I—and the rest of the team—was going to conquer a new medium, that of the 140-character limit. I must confess that I tried it…once. I was with Contributing Editor Liz Uy, champion tweet-er, during one of our cover shoots and she coaxed me into uttering my first tweet, typing my words into the computer. I can’t recall now what I posted though I remember desperately wanting to be witty or funny. I was neither. That first time impressed the need to be clever. It was too much pressure. I’m not the type to hype up the trivial so I let our tweets dwindle. The failure to excel at Twitter though has been a virtual thorn in my side—but I console myself with the fact that the best (meaning 100,000+ followers) tweet-ers spend all day typing into their phones.

Much of fashion lives and breathes on the Internet nowadays. Whereas magazines were the sole imprimatur in the days before the World Wide Web, now we share the podium with websites and blogs and, as of late, Twitter. Magazines cannot beat the speed at which they can get their information out and the hunger for who’s wearing what and what’s newest, freshest, fiercest is uploaded as soon as it happens. Because blogs and tweets are mostly introspective, they can voice out what’s on their mind even if their opinions aren’t fully formed—after all, anyone is free to comment if they beg to differ.

A well-known and much feared fashion critic once asked me if I thought fashion bloggers turned out credible insights. Immediately, I thought “Are you talking about Chuvaness?” but then came the reply that she was a journalist first and thus already had “credibility.” I suspect the question was born out of a desire to affix a designated role for bloggers vis-à-vis journalists in today’s fashion firmament. I tried to eke out in my mind how they were different: a journalist is a soldier and a blogger’s a guerilla? Journalists do research? Let’s face it, not all journalists do their homework; there are many who merely get by on the force of their opinions. Some bloggers, on the other hand, like wünderkind Tavi Gevinson, have displayed an amazing knowledge of fashion history. Journalists (or their editors) fact check? Again, let’s face it, not all journalists do this, though those who are upright uphold this as a responsibility. There’s nothing to stop bloggers from checking their facts if they wanted to. I realized that a journalist’s credibility comes, in part, from the publication he/she writes for—the journalist must be worthy of that publication’s history, reputation, shareholder investments, and editorial team. Bloggers, for the most part, are self-appointed authorities, as in the case of, say, Bryanboy, who happened to attract the attention—and then the patronage—of a big fashion fish like Marc Jacobs.

Because of blogs, Twitter, and, to some extent, Facebook, fashion on the net is like the wild, wild West right now, where different possibilities are being explored—and exploited. Superstars are born and the old establishment thwarted. Fashion editors like Anna dello Russo and Liz Uy have emerged from behind the scenes and are now making news themselves. That’s Marshall McLuhan’s “the medium is the message” working for you right there. I wonder if one day we’ll call anyone who wields a Facebook page, a blog, or Twitter a journalist. We’ve seen their power as a broadcast medium—isn’t that right, Mai Mislang?

This story was originally published in Preview December 2010.

This Filipina Businesswoman's Life Has Changed Because of Online Shopping

12 Fashion Bloggers Who Could Be Your New Style Pegs

Here's What Happened During Our Cover Shoot With Gabbi Garcia