DID YOU KNOW? Dimples Romana Opened a Restaurant in Singapore and We Can't Wait to Visit in the Future|Read more »
Fashion | By Zoe Laurente - May 3, 2016

The Best and Craziest Looks at the 2016 MET Gala

From Civil War inspired sleeves to heaps of silver. 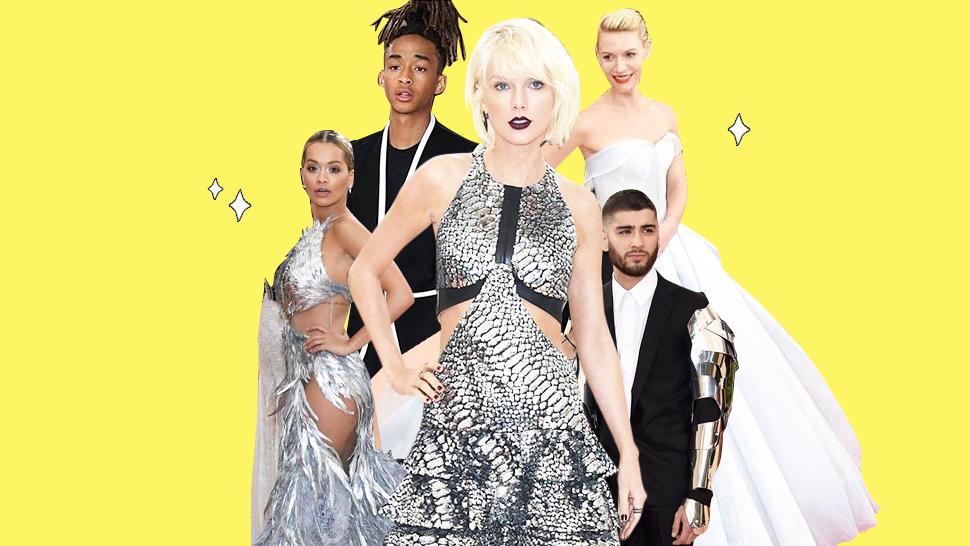 Only a gathering such as the highly-anticipated annual Metropolitan Museum of Art’s Costume Institute Gala, co-chaired this year by pop star Taylor Swift and actor Idris Elba, can deliver a visual feast you’d think you would only see during couture week. It’s that time of the year where Hollywood A-listers dress to impress (Anna Wintour, of course) and let loose on their creativity as they don some of the threads they wouldn’t dare wear to any other red carpet event. With this year’s theme, “Manus x Machina: Fashion In An Age Of Technology," stars brought their A game with dresses that literally lit up the place. From Civil War inspired sleeves to heaps of silver embellishments, here are some of the looks that made us do a double take.

The Best in Twinning: Willow and Jaden Smith 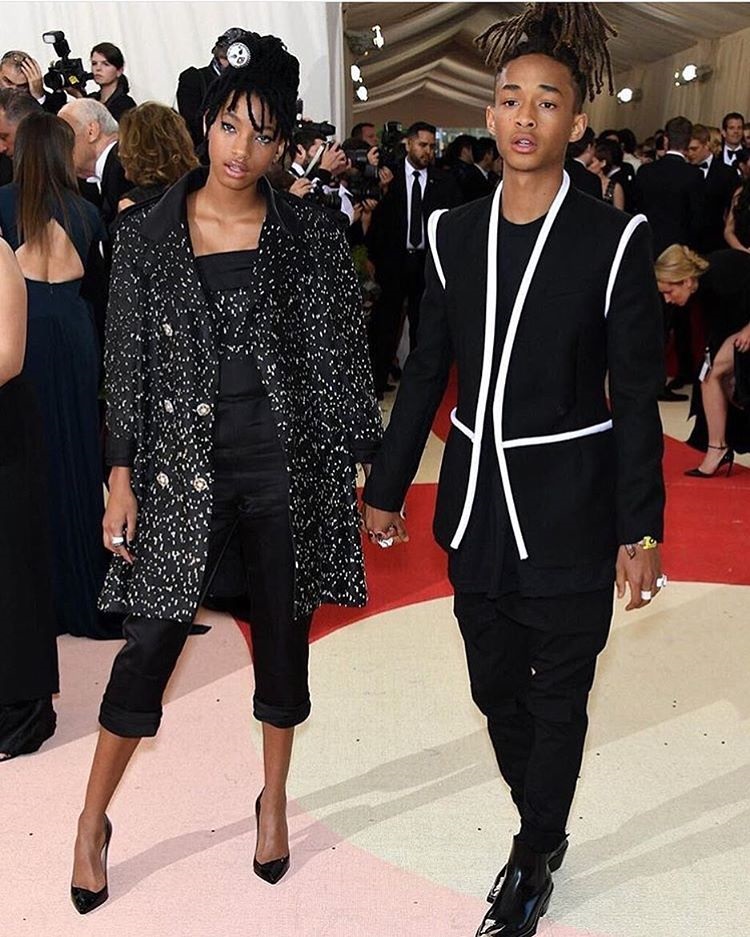 MK and A will always have a spot in our hearts but Will and Jada’s kids might just give them a run for their money. Her Chanel oversized jacket and pedal pushers outfit and his Louis Vuitton suit were the perfect mismatched match of low-key, understated casual cool you’d expect of a Hollywood millennial. Plus points for making an effort to coordinate outfits by sporting pointy-toed patent shoes and braids!

The Best Attempt to Pull Off a Winter Soldier: Zayn Malik 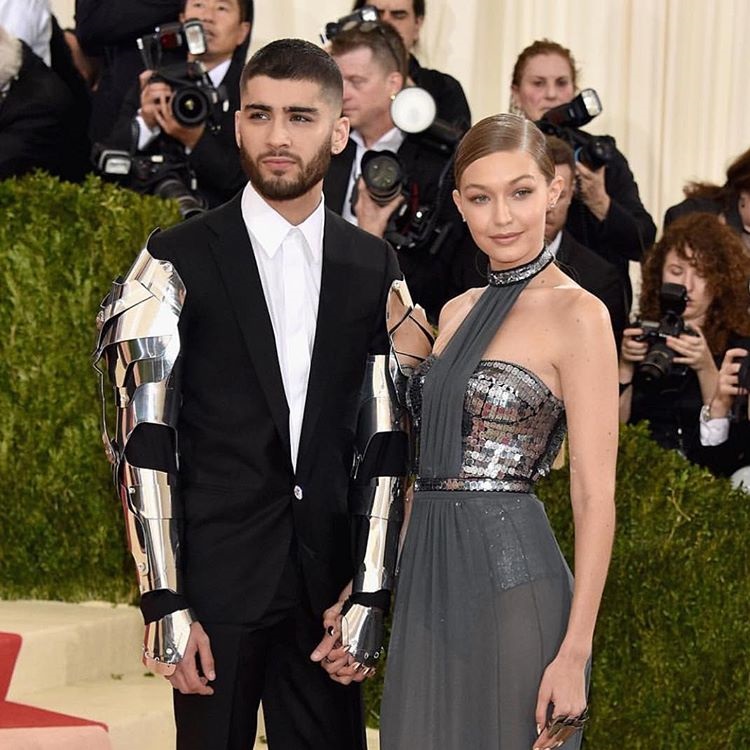 Major props to the former Directioner for referencing a very relevant bit of pop culture and adding some Vogue-worthy flair to it. We know you’re still not over Civil War, especially THAT helicopter scene.

Runner Up for Best Attempt to Pull Off a Winter Soldier: Thalia 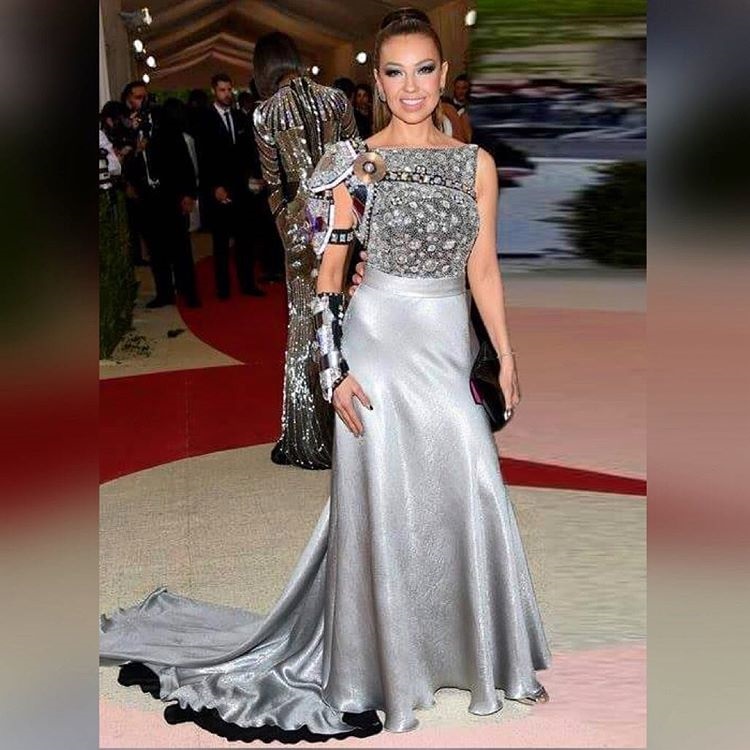 You might remember her from those old noon-time Mexican telenovelas your grandma used to watch, or as the lady who pulled a major prank on Kris Aquino. Regardless of what she’s up to now, Ms. Wintour thought she ought to join the party at this year’s MET and sent her an invite. She then graciously turned up at the event donning this bejewelled sleeve. Is it just us or does that look like a CD near her shoulder?

Best in Goth Ballerina from the Future LEWK: Taylor Swift 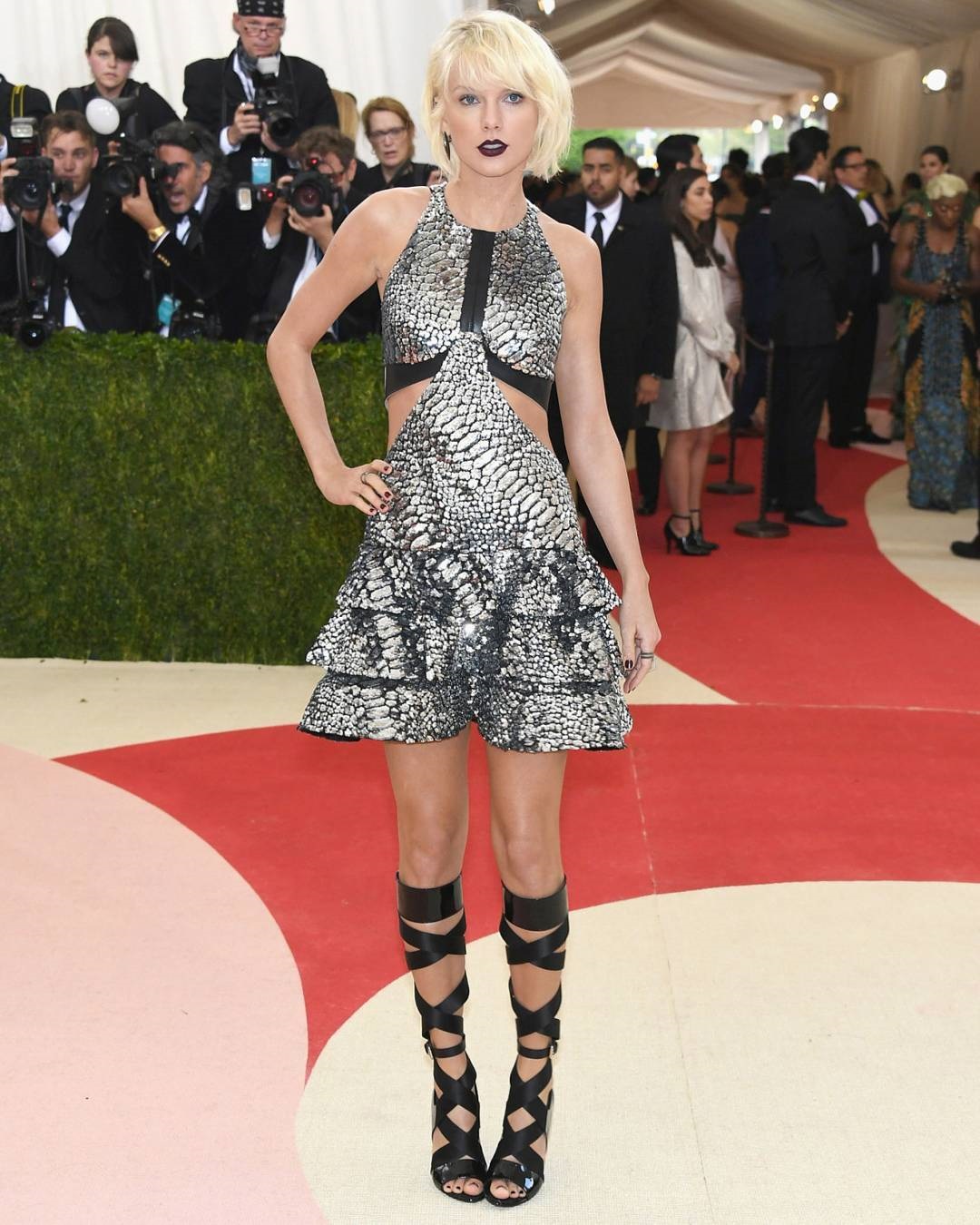 This year’s co-chair donned a silver alligator print Louis Vuitton cut-out frock with lace-up sandals and topped off with a dark pucker. Looks like she’s finally let go of that red lip classic thing that you like. 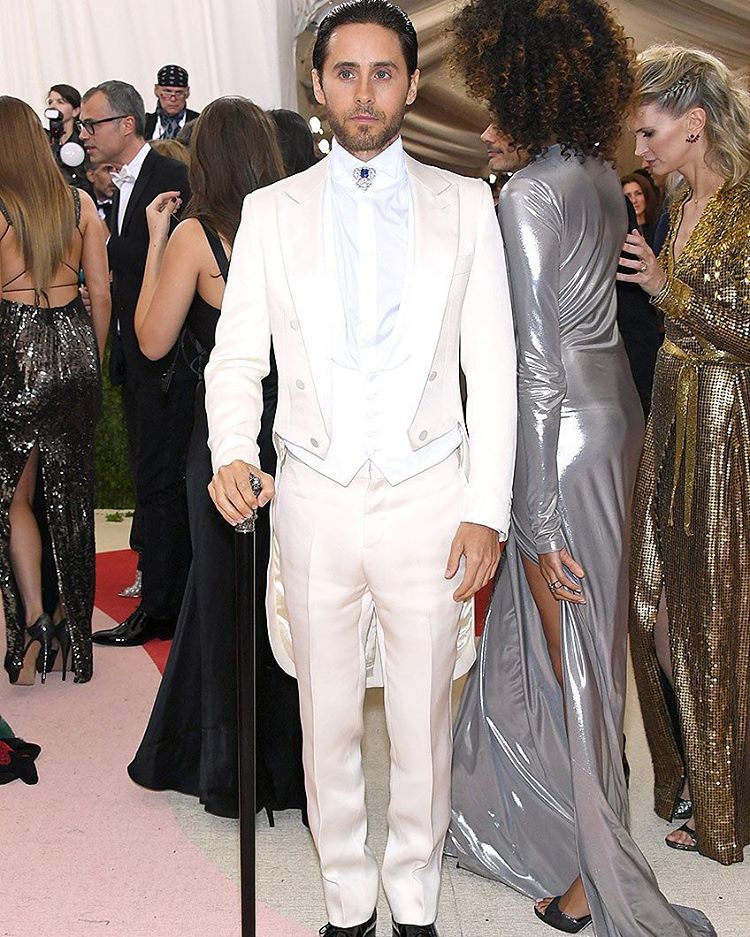 Jared Leto has always been a red carpet fave of ours as he always turns up looking sharp. He certainly didn’t fail us with this all-white Gucci dress suit as it is delivers just the right amount of drama you’d expect for an event like the MET. However, the cane seemed a tad bit too Scott Disick-y, don’t you think? 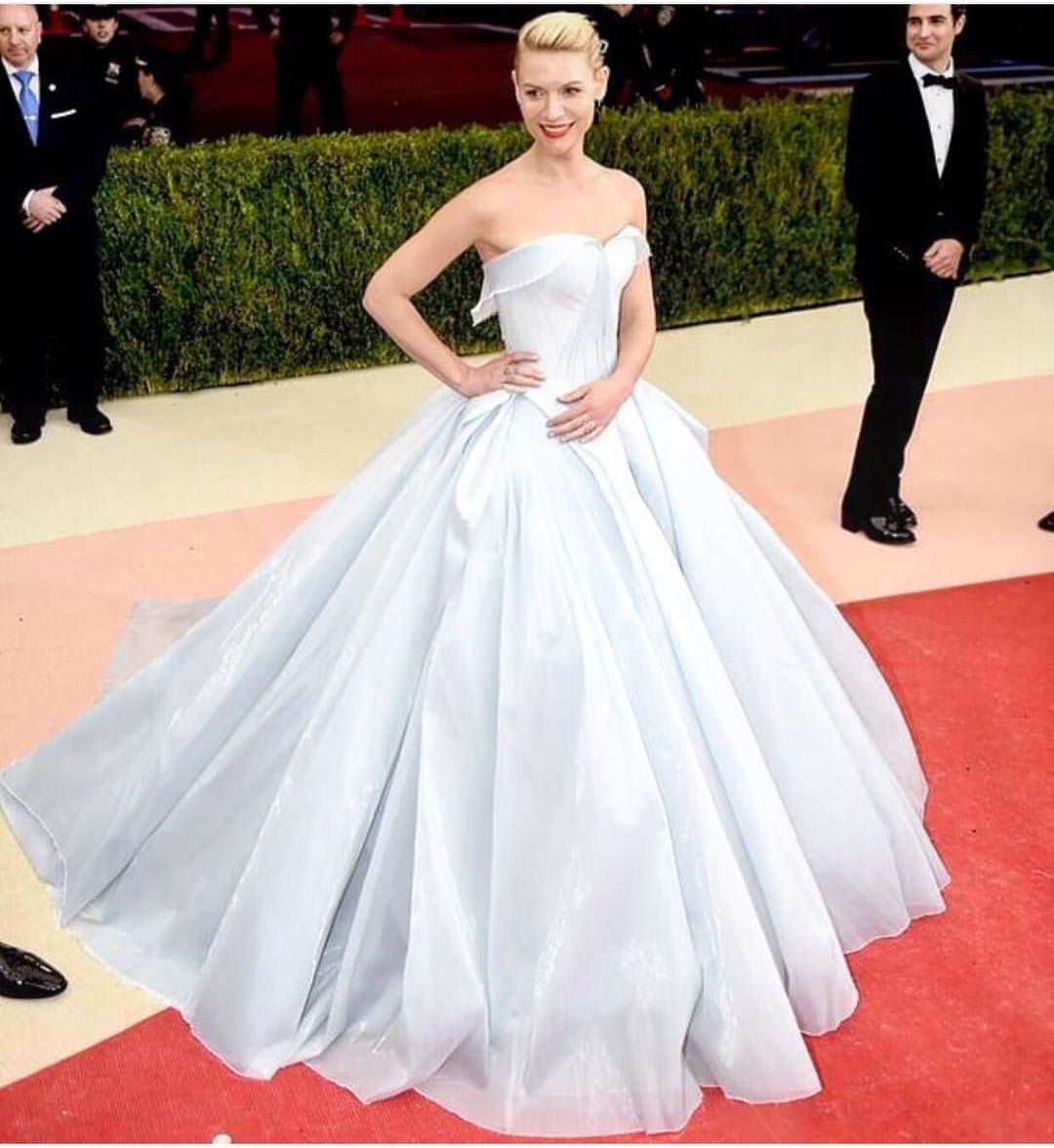 Beyoncé may have shut down the red carpet but all eyes were on Claire Danes as she owned the evening with this dreamy strapless ball gown from Zac Posen. It’s simple and elegant but delivers just enough drama to make you go WOW. Just wait till you see what it looks like when the lights go out. 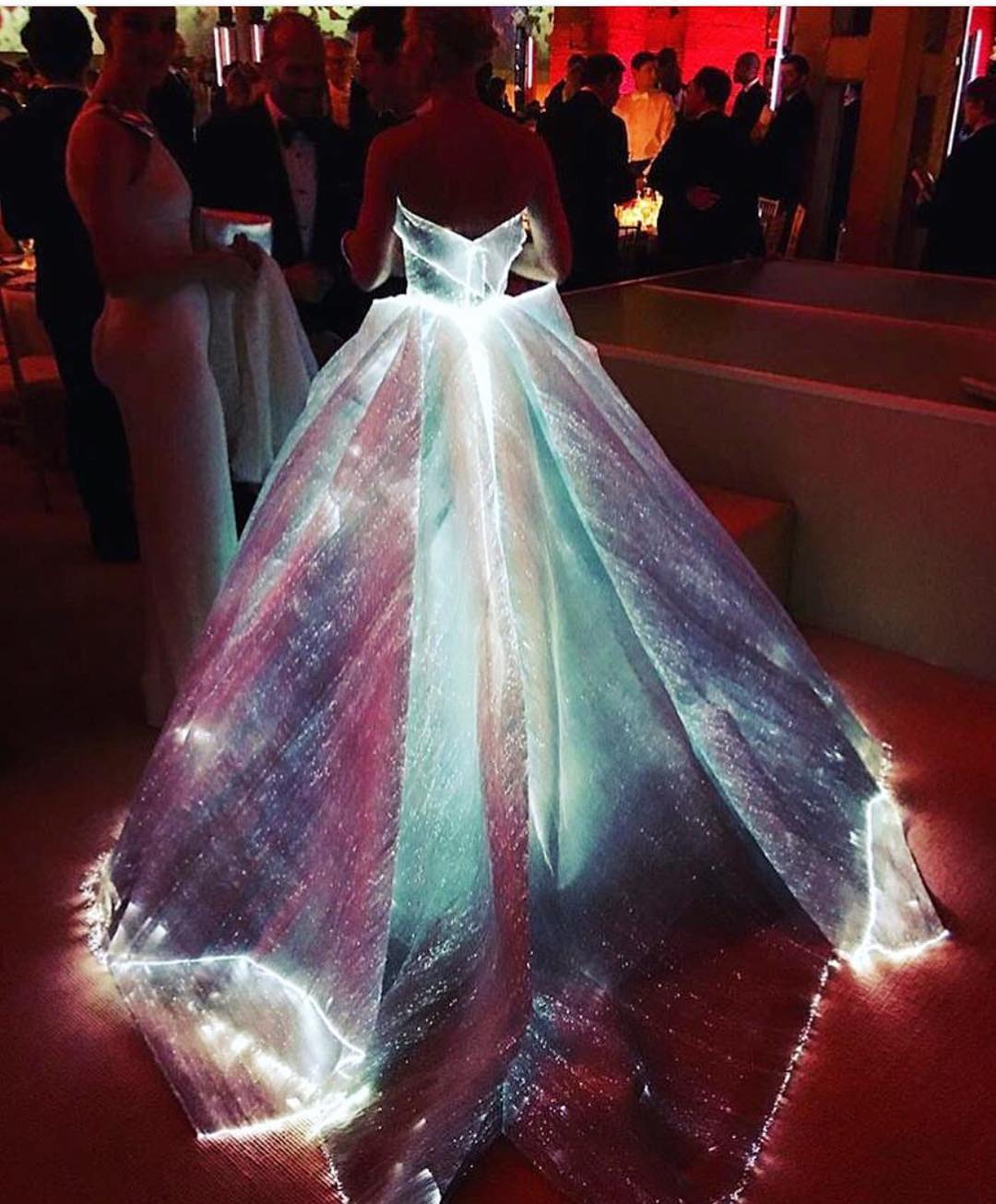 Told you it was lit.

Most Likely to Spread Her Wings and Learn How to Fly: Rita Ora 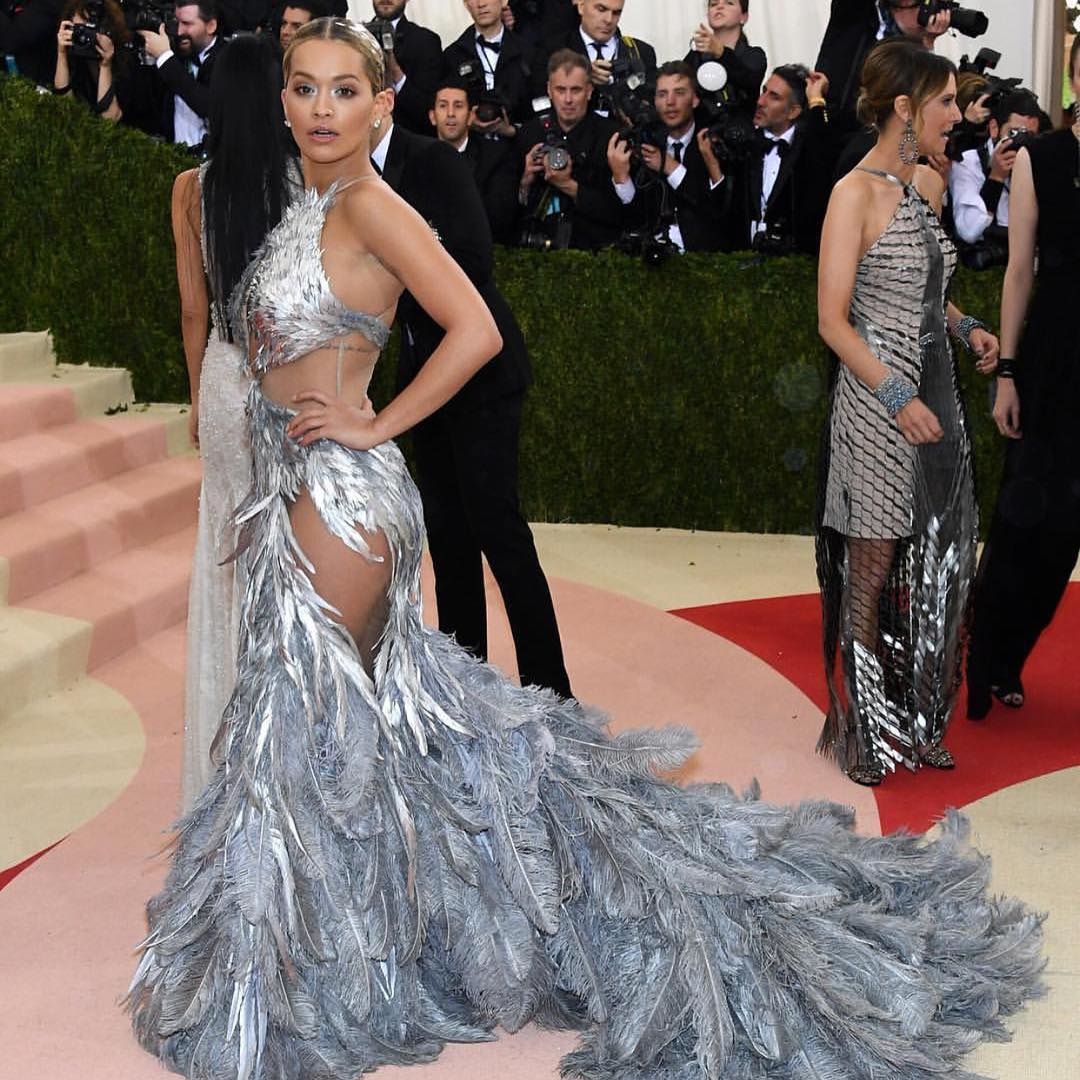 Like a phoenix rising from the ashes, the alleged "Becky” referenced in Queen Bey’s Lemonade shows up in feathery garb from Vera Wang with hair so slick and thighs so bare.

Most Likely to Wear Pleats to Next Year’s Gala: Solange Knowles 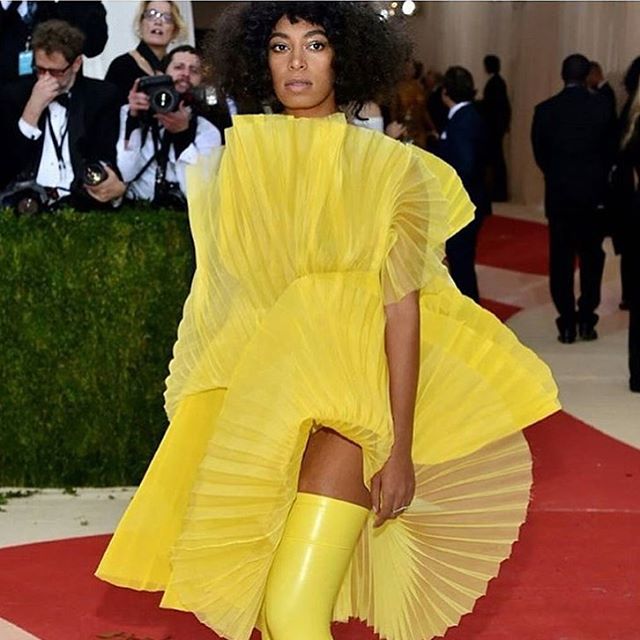 Solange has come a long way since her elevator days and shows up at this year’s MET sporting a silhouette that’s reminiscent of her outfit from the previous gala. Is she trying to make sunray pleats HER thing? Perhaps. 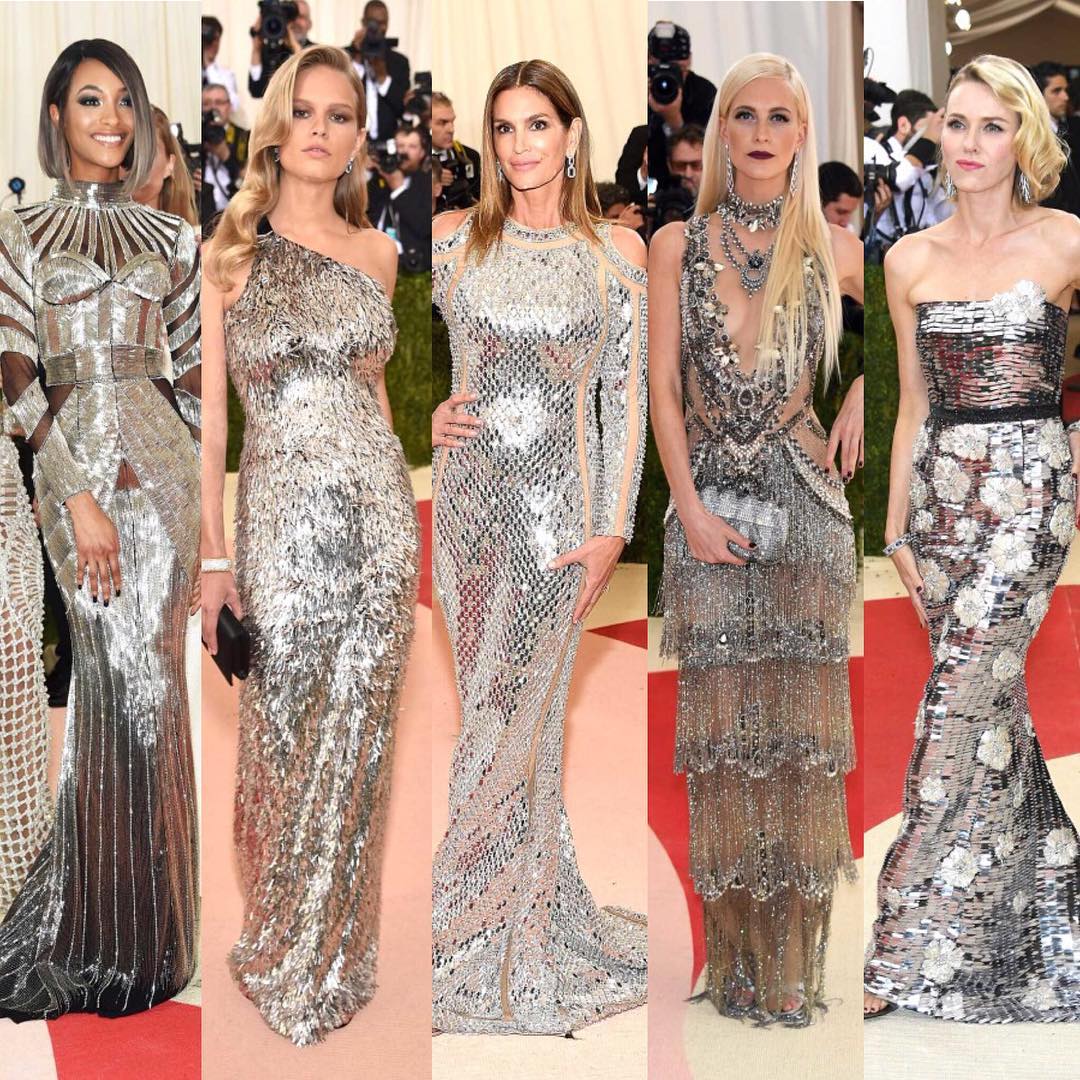 Each time someone throws a party that’s “futuristic” themed, expect people to show up wearing something SILVER. 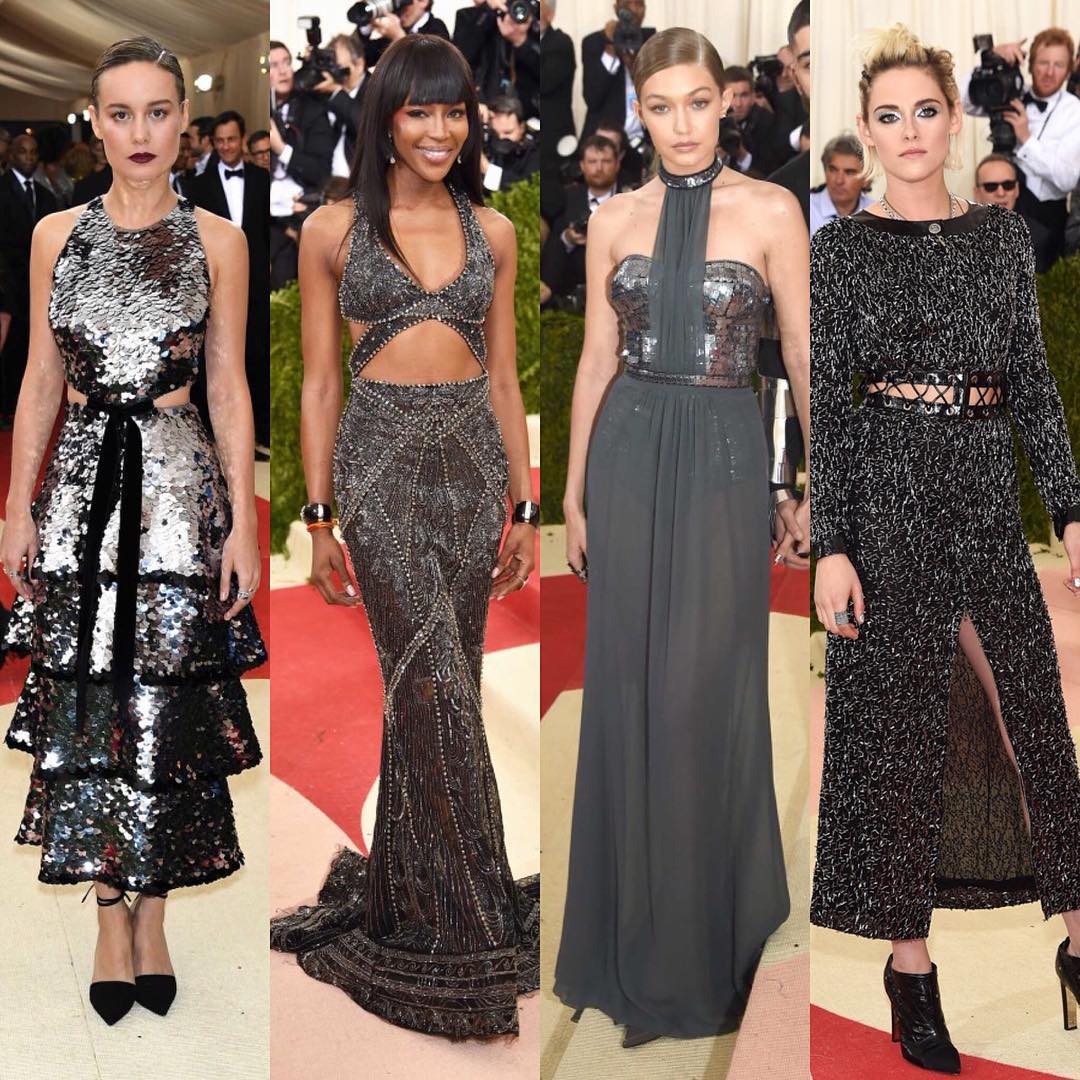 Gunmetal was another obvi color choice at this year’s MET. Brie Larson was absolutely stunning in her tiered sequin Proenza Schouler dress while Kristen Stewart brought her signature nonchalance to the red carpet wearing a front slit Chanel dress. 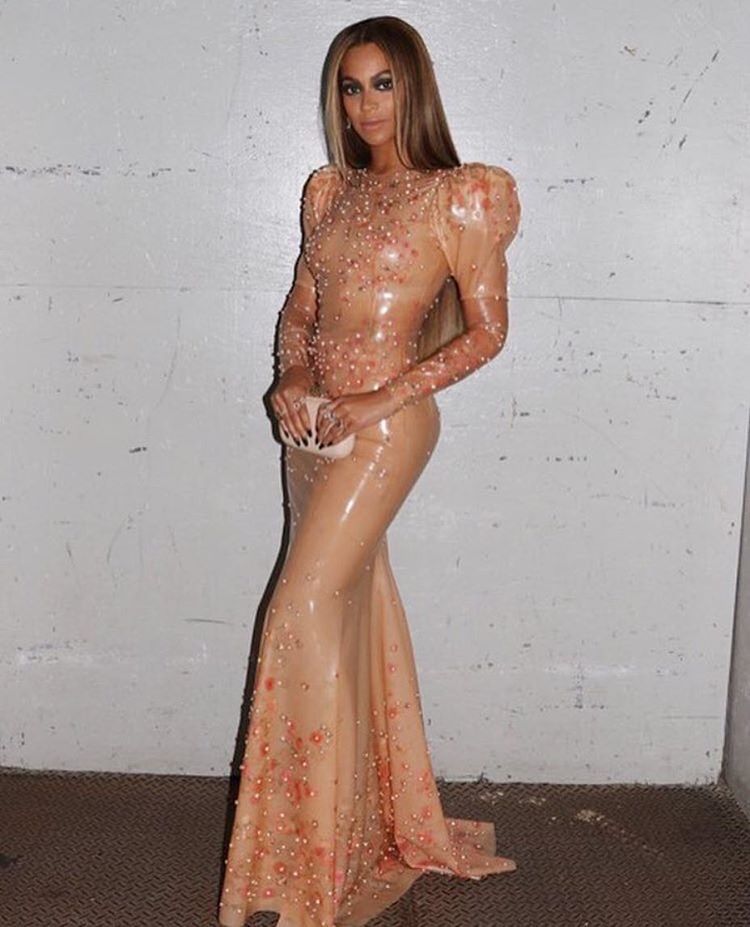 It’s safe to assume that as long as Beyoncé will be making red carpet appearances, the Naked Dress will forever be a staple in outfit reviews. Who better than the voluptuous Mrs. Carter to serve up some body hugging Givenchy?

Most Nostalgic of the ‘90s: Selena Gomez 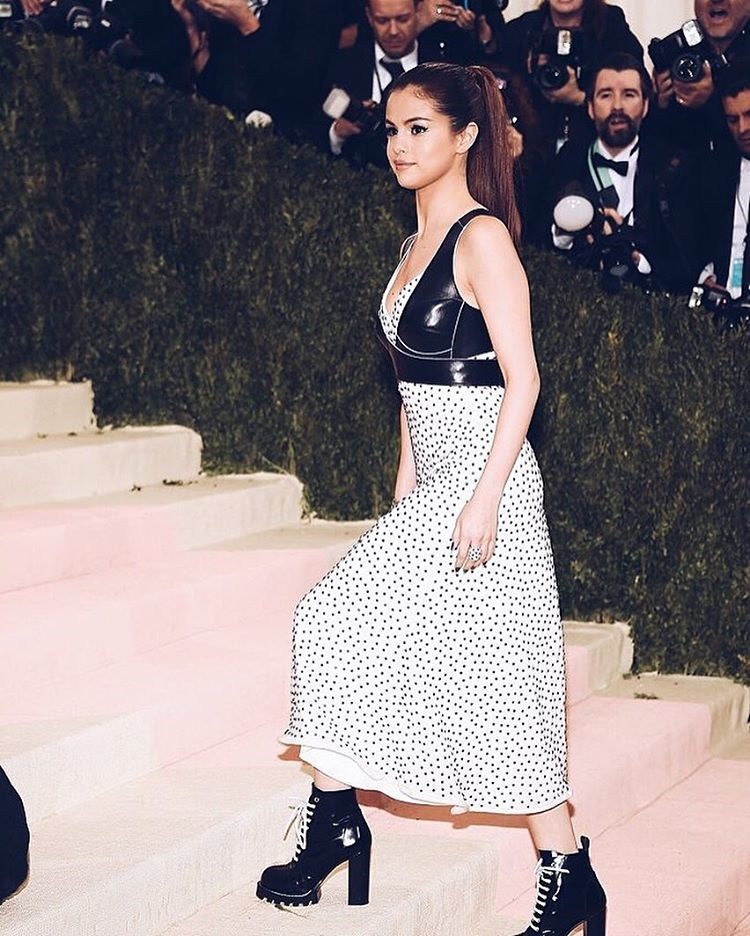 This printed Louis Vuitton dress and lace-up boots get-up sent us back to the ‘90s and gave us very little of the future.

Did we miss anyone? Hit us up on your faves in the comments below.

What The It Girls Wore To Georgina Wilson's Wedding

A Visual Reminder From Preview To Vote On May 9