This little cutie's all-time favorite accessory? The It Girl. 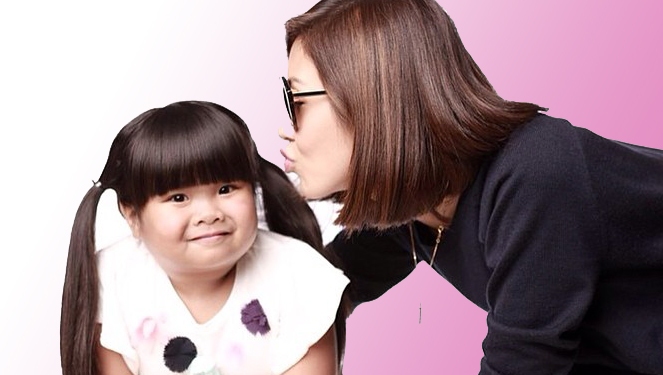 At the age of nine, Ryzza Mae Dizon has already earned herself a self-titled talk show. This witty kid that we regularly see on television is no doubt one of the most entertaining in the local industry. And when it comes to style, we think her #OOTDs are equally double-tap worthy. Her favorite accessory? It girls and celebrities, no less!

Here, we list down the nine times Ryzza Mae has convinced us that she has what it takes to become the next It girl.

1. She schooled Georgina Wilson on how to model.

Oh, you know. She’s just the host of Asia’s Next Top Model, so no big deal, right?

2. She taught Julia Barretto how to cha cha.

FYI, she’s not called Ryzza Mae Cha Cha for nothing.

3. This girl has got some serious acting skills, too.

Jasmine Curtis appeared on her show while promoting a horror flick, and Ryzza Mae totally nailed that scary face exercise.

4. She has an It celebrity stylist by her side.

Yup. Even Liz Uy can’t get enough of this girl.

5. She can pull off the leather jacket.

It’s an It girl staple and you know it. Right, Belle?

6. Marian Rivera got her as a flower girl for her wedding.

It’s no secret that GMA’s primetime queen adores this little one.

7. And she almost stole the spotlight during the big day.

Look, even bridesmaids Bianca Gonzalez-Intal and Liz went gaga over Ryzza Mae and her awesome hat!

Come on, who else is lucky enough to have a group #OOTD taken with Solenn Heussaff, Belle Daza, Liz, and George? We hear she regularly calls them on FaceTime, too!