The 8 Tribes We Saw at the UAAP Cheerdance Competition 2015

You're in for a lot of LOL-ing. 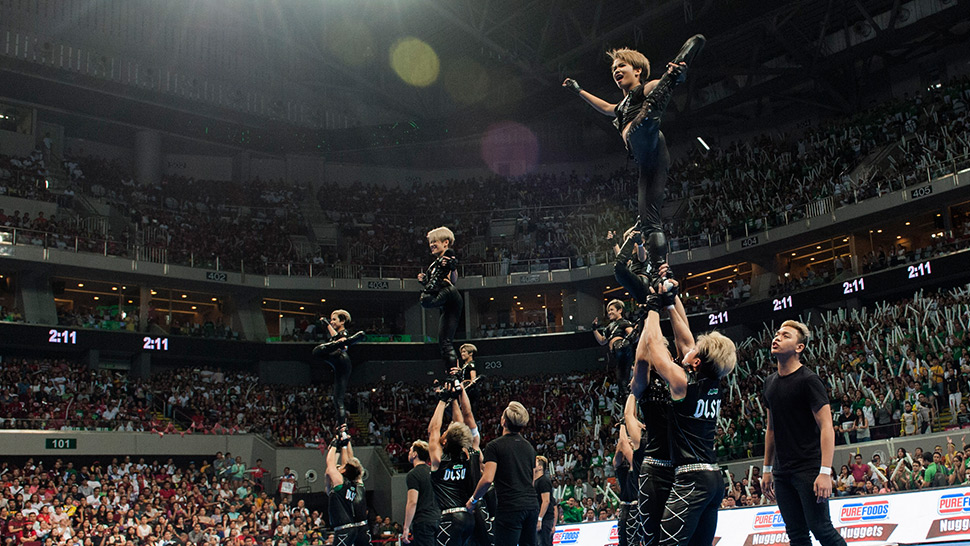 Only in the Philippines will you find cheerleaders in bodysuits, shaved heads and, um, in costumes that look like they belong to different tribes. Early Halloween party? The UAAP Cheerdance Competition (CDC) is the only platform for collegiate cheerleading in the country (or for most part of the world, really) that doesn’t require the girls to wear pleated mini skirts and ribbons on their heads. This year’s CDC was no different.

Below, we break down the eight looks from last Saturday’s cheerdance extravaganza at the Mall of Asia Arena. Note: this has nothing to do with their performances. 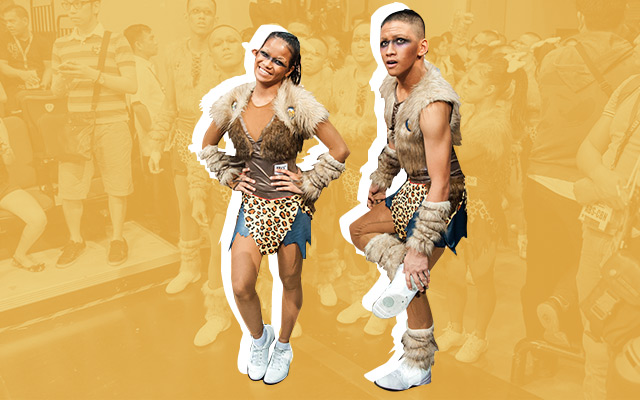 The NU Pep Squad bagged a controversial three peat with an equally controversial (at least to us) tribal wear. Maybe they were going for amazons? Although, unfortunately, what we got was The Flintstones’ Pebbles, with their bone bow, leopard print rag skirt, and flesh-colored tights. We hope that fur is faux. LOL. 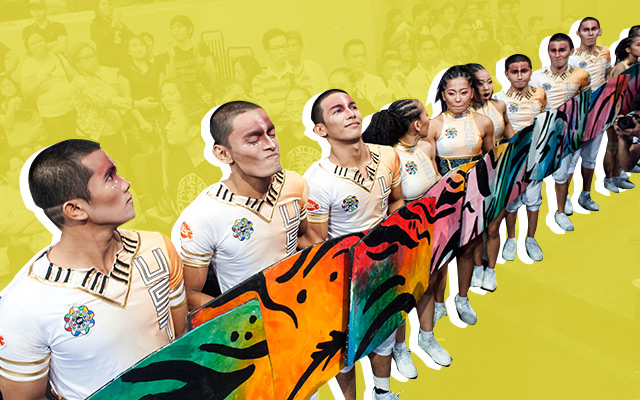 Standing close at second place was the UST Salinggawi Dance Troupe with a similar tribal look. Theirs was more reminiscent of Katy Perry’s Roar, though. The men contoured to the nth level and the ladies had corn row ponytails to go with their sun salutes and tribal music. Of course, the look wouldn’t be complete without their signature tiger print. We wonder if the pink eye makeup was inspired by Pan's Tiger Lily.

The University of the Brainy Bunch 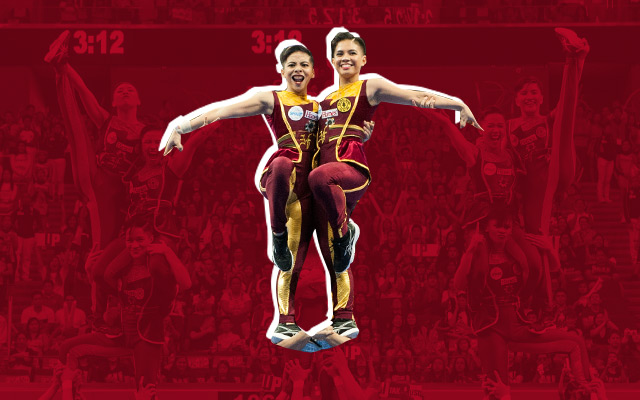 The UP Pep Squad simply wanted to show two things this year: utak and puso. From their well-thought-of routine to their uniform’s heart cut-outs, and of course, that heart pyramid finale, their statement was pretty clear. Look-wise, as always, we couldn’t really tell the girls from the boys. After all, the team has been known for pushing gender equality. (Remember when they tossed the boys up in the air?) The squad all got undercuts a la Charice Pempengco, and the only deciphering factor was what seemed to be a detachable peplum belt the females sported. 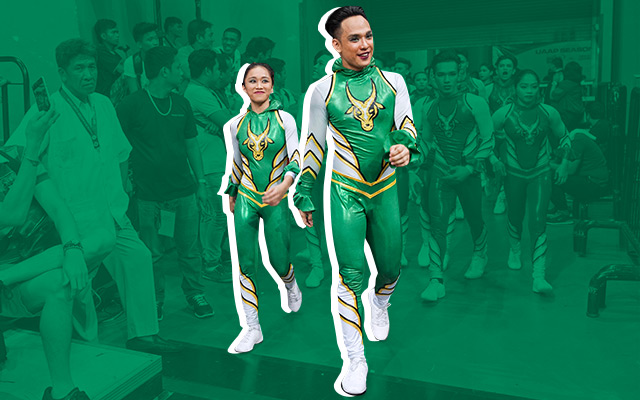 At first, the FEU Pep Squad looked like a bunch of Green Power Rangers. But given their chosen music, the ruffles on their sleeves, the surprise yellow wig and, of course, the magic tricks, it clearly stated that they were going for clowns… or magicians, perhaps? 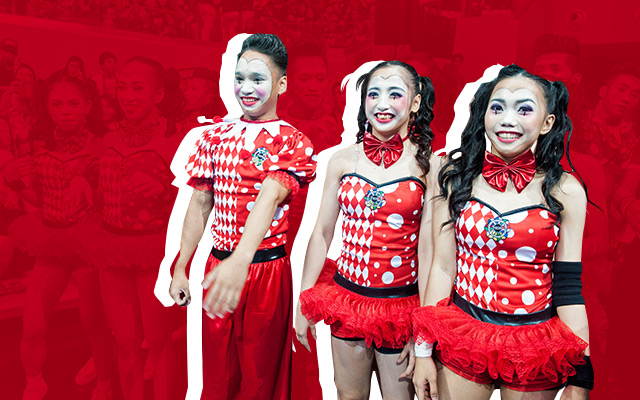 Closely trailing FEU at 5th place is the UE Pep Squad with a twinning theme - so we guess that joke was on them. It was a circus parade of stunts and props, with pigtails, face paint, and tutus that looked like sad versions of what would have been an über cute Harley Quinn getup. We got confused when the warriors started performing mime and twirled batons. But here's an advise from us fashion girls: tube tops are no-nos when tumblings and flipping through the air are involved. 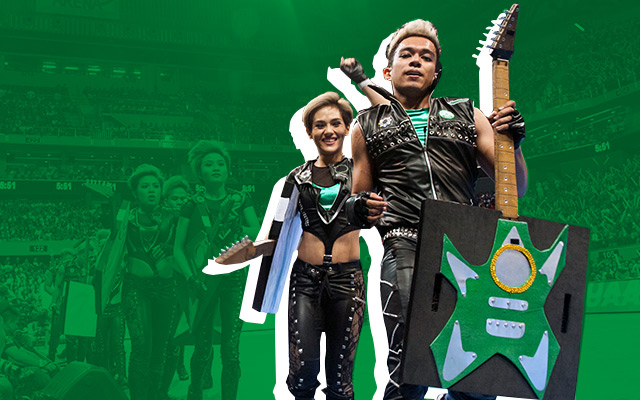 The DLSU Animo Squad clad in their leather tights, vest, and fingerless gloves, accentuated by silver hardware, simply had to be a rock band. We certainly did not miss the leather and lace combo. We're just glad the fabrics didn't rip from all the action. And the hair? We hope that’s just hair chalk. 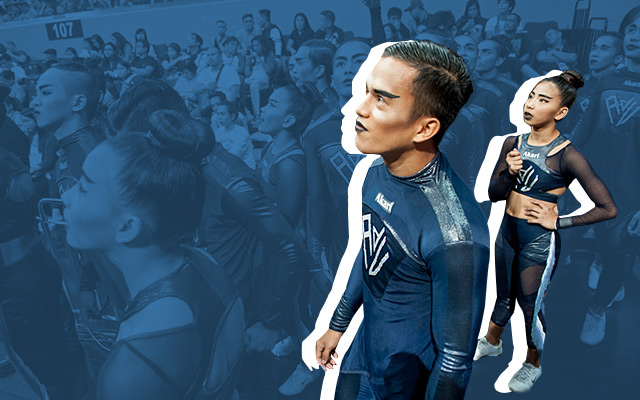 The Adamson Pep Squad wore a uniform that we can't help but feel like we’ve already seen before. Only this time, they cropped the pants and added fringe. We can't exactly pinpoint what their theme is but from the way they moved and swayed their arms, they looked like show girls. On another note, they seem to have taken cues from Star Trek for their body suit. And those eyebrows remind us of Mr. Spock. Right??? 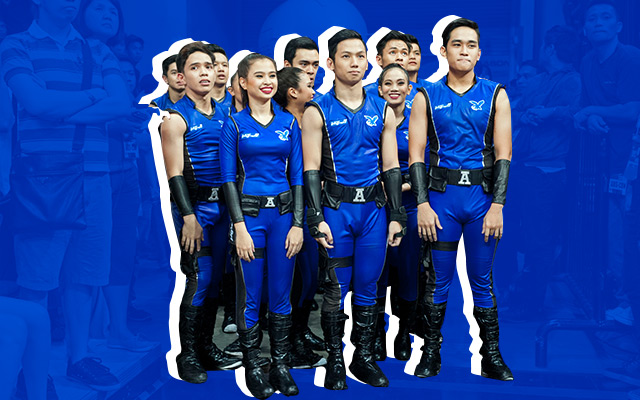 The Blue Babble Battalion opted for a less cutesy theme this time compared to the outfits they had been sporting in the previous years. Their blue and black bodysuit with pockets did resonate the spy look they were going for. Those boots look too heavy for pyramids and somersaults, though.

Menswear Tips Of The Week: How To Rock A Suit