A remembrance of Clinton Palanca's time at Preview, as penned by our former fashion features editor, Ana Kalaw. 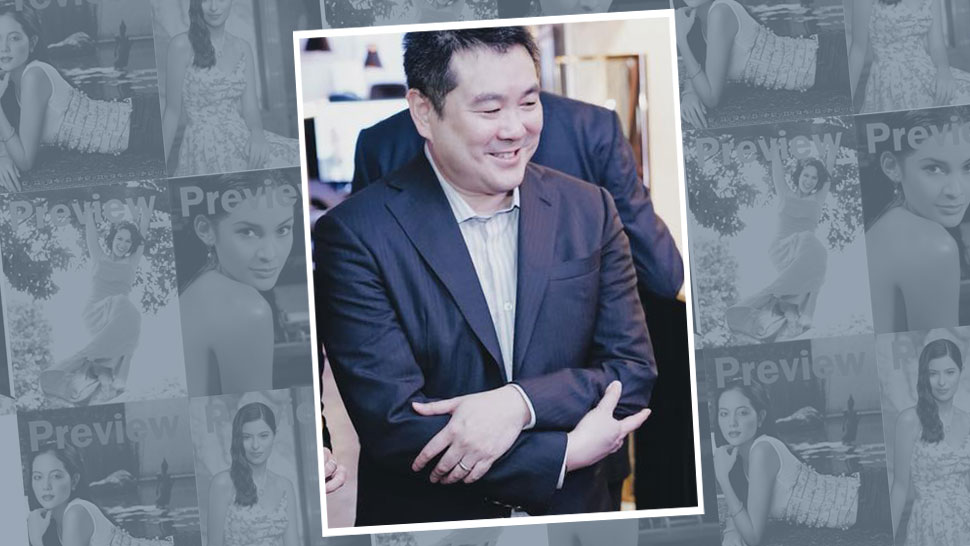 It’s just like Clinton Palanca to bring me back to this kind of writing. The kind that comes from the heart, fueled by emotion and the need for expression. That’s what he did the first day we met, when he stepped in as managing editor of Preview, years ago, in 2003.

I sent him an article I had written. Clinton printed it out, sat me down, and proceeded to copy edit, pointing out where I got things wrong, suggesting how I could improve a paragraph, showing me how I could take the piece even one step further—all the while, his voice barely above a whisper. I was two years into my career and he was the renowned food columnist that I had read as a university student. That’s how he became my mentor, in more ways than one.

The memories I have are fuzzy around the edges, but some details are so sharp that they can pierce you in the most painful of ways. How we would collaborate over fashion features, and how he would insist on doing the photography himself. Tediously laboring with 120 film when everyone else was making the shift to digital.

How he wore a cravat for a Preview family photo shoot—or at least what he wanted to be a cravat. We tried to figure out the proper way to tie it, but in the end, he just knotted the scarf in a certain way and stuffed it inside his shirt. Somehow, it worked in the photo. Because it was Clinton.

How his cover stories for Preview were some of the best that I ever read—profiles filled with his signature sardonic humor and deadpan introspection. Clinton wrote nearly all the cover stories during his time with the magazine, save for one, which I had to write, mainly because the cover girl’s manager requested for another writer (she probably feared that Clinton’s strong prose and straightforward estimations might reflect negatively on her ward’s beatific, good-girl image). I remember thinking that this girl missed out on what may have been the chance of a lifetime—to have her character assessed by Clinton’s brilliant mind.

How he introduced me to Graham Greene and Alain de Botton. How we tried to watch and make sense of the Qatsi trilogy, before realizing that there are things you can never make sense of, and should just accept for what they are.

How we “backpacked” across India together—Clinton, model Isabel Roces, and I. Clinton walked around in Tod’s lace-ups, a fedora hat, and crisp Oxford shirts the entire time, a dapper figure seemingly oblivious to the country’s stifling heat. How we discovered kulfi by accident in a small random roadside shop in Jaipur. I still think it’s best kulfi I’ve ever tasted—creamy, packed with tiny bits of pistachio, and served in a small clay pot. In hindsight, I realize it’s because I shared it with someone who also found so much joy in this serendipitous discovery. On that same trip, Clinton insisted that we spend a night at the Taj Lake Palace in Udaipur, a hotel that was slightly above our allotted budget for the trip. His reasoning: There may be no other opportunity to do so. He was right.

How he shared his love for Isla Naburot with us, a magical island off Guimaras that remains one of my favorite places to escape to.

The Clinton I knew was a man of both simple pleasures and fine tastes. It would be easy to peg him as an old soul because he filled up his space with antiquated bric-a-brac, because he found fascination in things that may have since lost their contemporary appeal, because he went about life armed with a wisdom that very few of us could even aspire to or even hope to comprehend. But that would be a cliché. And if there’s one thing Clinton wasn’t, it was a cliché. It was his eccentricities that defined him, that gave him such a distinct voice and presence; these little idiosyncrasies, which intimidated a few, awed some, and endeared him to many.

Clinton and I would spend less time together in the years after we both left Preview. He eventually moved to London to study, and when he came back to Manila, I was living in another country. I never had the pleasure of meeting his wife, Lourdes, nor his children, who both have their father’s smile, but a common friend told me how having a family had somehow softened Clinton and made him even kinder.

10 Fruit Printed Pieces That Are Nutritious For Your Wardrobe