LOOK: Where to Buy the Exact White Swimsuits That Celebs Are Wearing on Instagram|Read more »

Team Philippines Spills The Beans On The Fashion Asia Awards 2014

The competition might have been tough but these four talents sure know how to put up a good fight in the name of fashion. 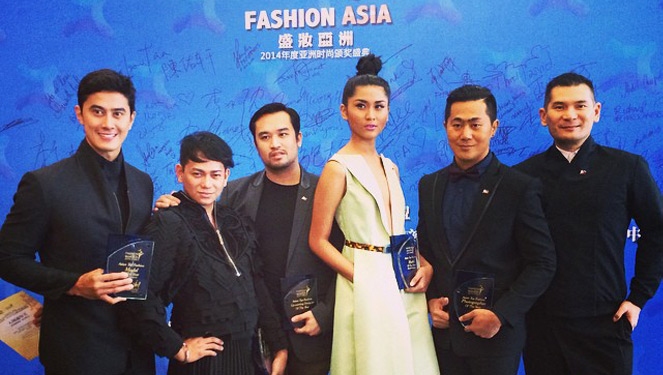 The competition might have been tough but these four talents sure know how to put up a good fight in the name of fashion.
Shares
Share
Tweet
Comments

If there’s one thing Filipinos are good at it’s showing off – talents, that is. We never fail to step up to the plate whenever we’re given the chance to show others the many things we are capable of doing.

Just recently, photographer Melson Bolongaita, designer Martin Bautista, hairstylist Lourd Ramos, and models June Macasaet and Jodilly Pendre teamed up to represent the country at the Fashion Asia Awards. On its fourth year, it gives recognition to outstanding performances of creatve practitioners from all over Asia.

Under the watchful eye of Saga’s Robby Carmona, who served as national director, the talented bunch trooped to China to compete alongside representatives of other countries in the fields of photography, designing, hairstyling, and modelling. Melson, Martin, Lourd, and Jodilly all ranked in at 5th in Asia for their respective categories while June championed as the Male Model of the Year award. Here the team shares with us their experience as they went head to head with Asia’s cream of the crop. 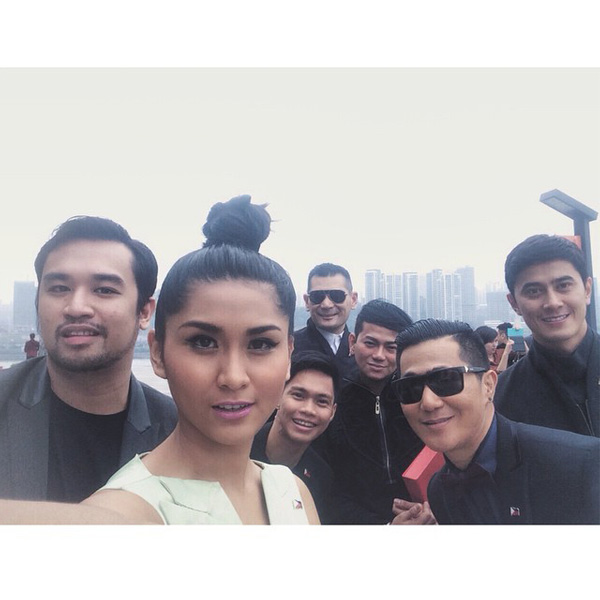 "For this year, I decided to nominate a few global Filipino talents that have excelled in their chosen fields of endeavour. Of course this is just a speck of dust of the talents that we have here. So i know for a fact I will never run out of global Filipino nominees in the future," says Robby Carmona who lead the pack that headed to China. 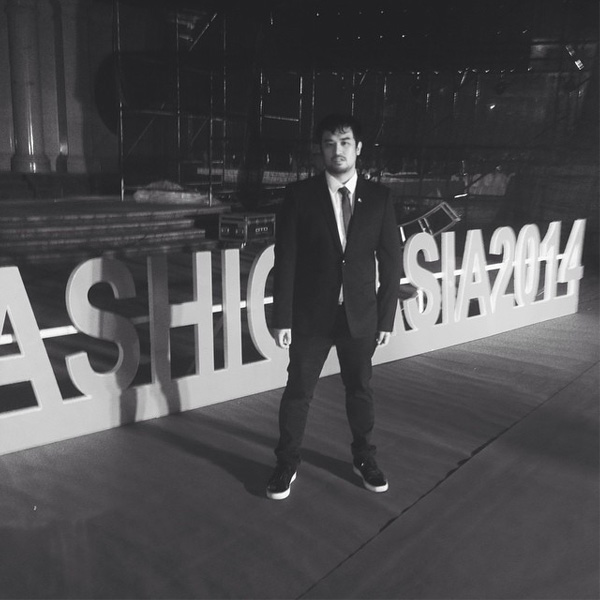 "Talking to Martin Bautista over this trip, I posted the  question 'what designer's competition did you join?' He said none. I was taken aback because most of his batch mates joined a competition or two to be discovered and be given their big break. I asked him back, 'How were you discovered?' He answered, 'By Liz Uy, while she was surfing for new designers that will supply her styling needs, and the rest was history.'"- Robby 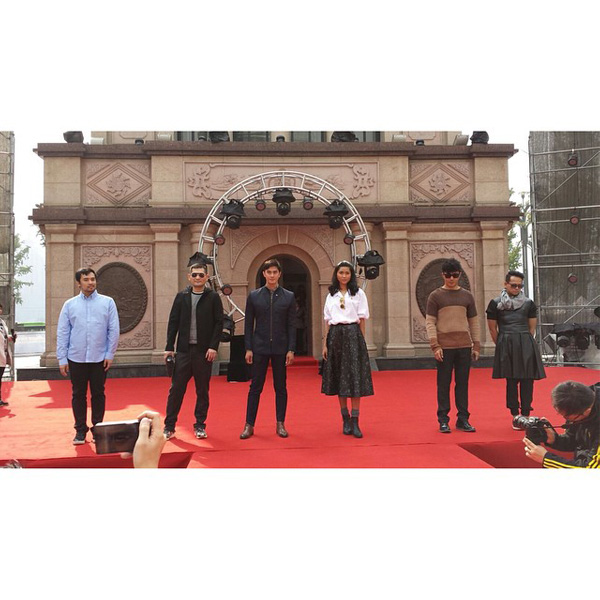 Melson Bolangaita is a young and promising photographer who Robbie says is, "filled with vibrant ideas and aesthetics." He continues to prove this with the many editoial works and advertisments. 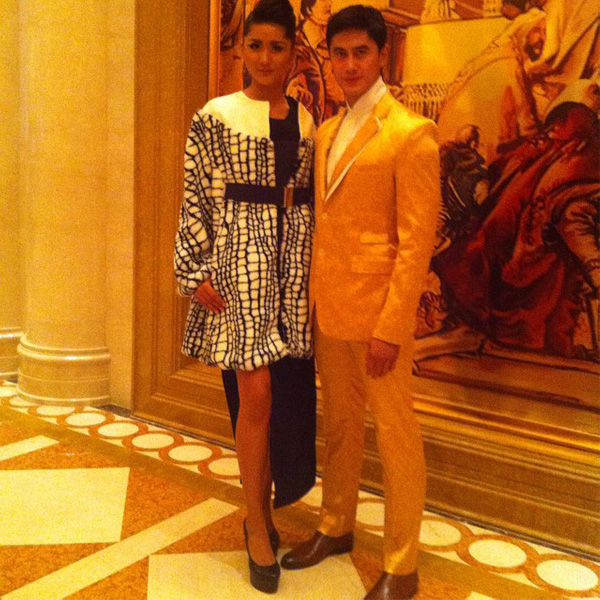 "Jodilly [Pendre] and June [Macasaet] wore different clothes from designere like Jerome Salaya Ang, Kaye Morales, Noel Crisostomo, Herbert Custodio, and many more. They were both nominated for Model of the Year in the female and male categories. June bagged the prize." - Martin Bautista 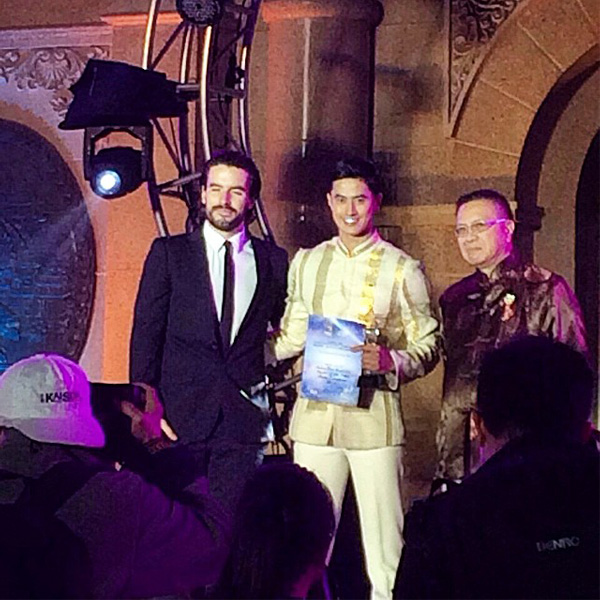 "Saga asked me if I could represent the country and of course I coundn't turn such a great opportunity down." -June Macasaet

"June is definitely a Pinoy global pride as he won the 2012 Manhunt International." - Robby 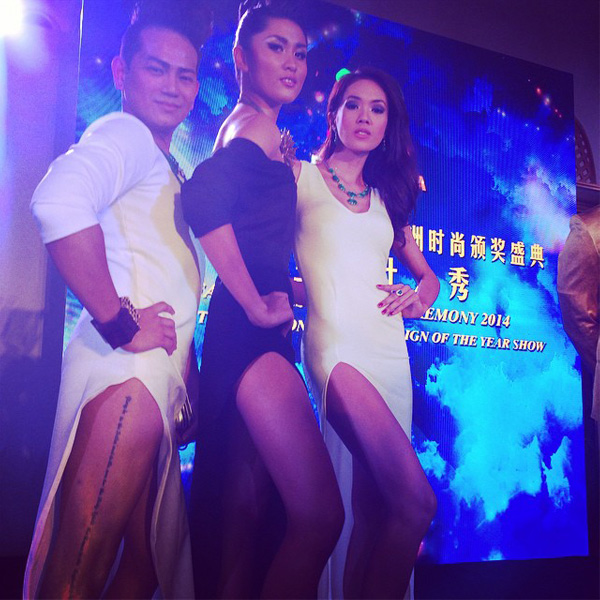 Watch: Behind-the-scenes Of The Belvedere Shoot With Ana Sideco