Supermodels We're Excited To See On The Big Screen

Watch these fashion gals as they turn Hollywood into their catwalk! 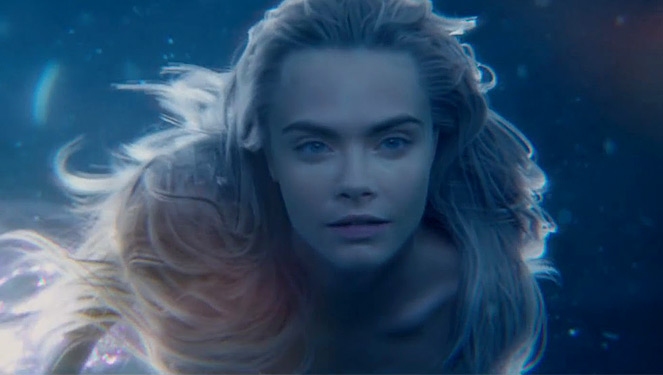 This 2015, top models are out to conquer Hollywood. There’s no question that these ladies can rock the runway, but the question is, can they manage to do the same on the silver screen? Here’s to hoping that the new catwalk they’re walking on leads to fame and not to shame. Watch these trailers and see for yourself.

You’d think Cara’s schedule is jam-packed with fashion shows and photo shoots, but apparently, this It supermodel managed to squeeze in not just one, not even two, but—get this—six movies! This English beauty may be spotted in Pan’s trailer as a spellbinding mermaid with long blonde locks, but we’re also excited to witness her in a lead role for the film adaptation of John Green’s Paper Towns.

Rosie is no stranger to the film industry, or at least not anymore after she kicked some ass in the 2011 film Transformers. Expect to see more from this former Victoria’s Secret Angel in Mad Max: Fury Road movie set to be released in May 2015.

English stunner Suki may be more popularly known as the face of Burberry and Superga, but that obviously didn’t stop her from pursuing an acting career. If you missed her in 2012’s Pusher and 2014’s Love, Rosie, don’t worry, you can still catch her cameo in Insurgent and her starring role in Pride and Prejudice and Zombies both coming out this year.

From the catwalk to the big screen, Agyness took a big leap this year and landed not just one but two starring roles. Being the wife of actor Giovanni Ribisi, we're looking forward to seeing this blonde beauty in the drama flick Electricity and in the film adaptation of the 1932 novel Sunset Song.

We’ve seen Aymeline grace the ad campaigns of Lanvin, Chanel and other high fashion labels. But this time around, we’re seeing a different side of this French beauty in her big screen debut after snagging the role of Yves Saint Laurent’s androgynous muse in Bertrand Bonello’s forthcoming fashion biopic.

Dree walks for the likes of Givenchy and Chanel, but this American model has always had some acting potential up her sleeve. She started with small roles and then landed bigger parts for indie films such as 2013’s Starlet. This 2015, we can’t wait to see her in three different flicks, including Happy People, The People Garden, and While We’re Young.

Does Gucci Have A New Creative Director?