You won't believe the combined cost of all these bags. 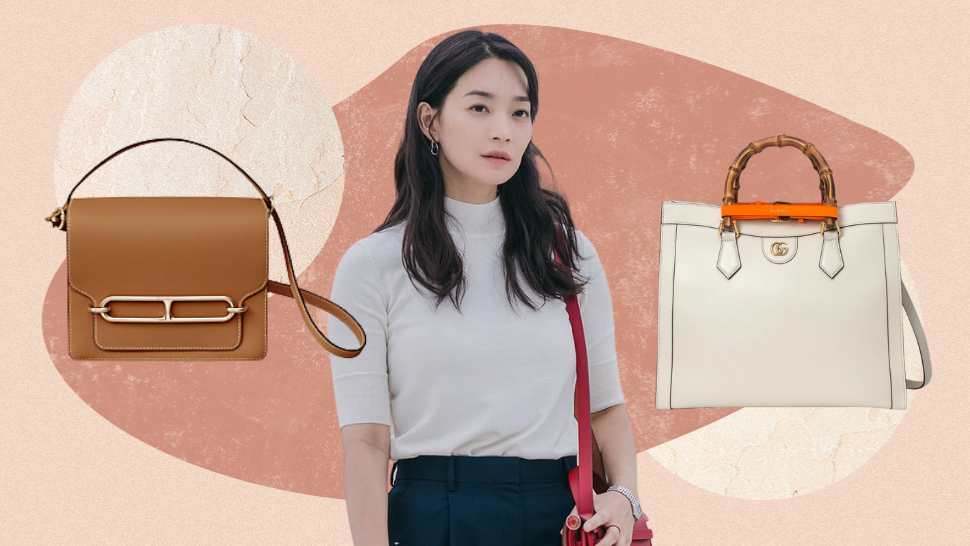 Now down to its last four episodes, Hometown Cha-Cha-Cha has proven itself as a charming show unlike the others before it. Part therapeutic simple-living parable and part designer item index, the series is a feel-good weekend show that any fashion girl will be sure to love. As of writing, twelve episodes are out, and in each and every one our leading lady Shin Min Ah has toted serious arm candy. In addition to the leather goodies from the Korean brand Couronne, (for which she is an ambassador), the actress has sported a number of prized bags from luxury houses like Hermès, Alexander McQueen, and Loewe. Below, we've compiled the thirteen luxury bags we've seen so far. Take a look.

In just the first episode, Dr. Yoon Hye-jin arrived toting a rare color of the Roulis 23. It would be an understatement to say this rich caramel hue is coveted by bag aficionados worldwide.

Another Hermès number, but this time, in a luxe forest green hue. This is the 1997 Bollide 2 way bag; it's such a sophisticated statement piece.

Shin Min Ah wore not just one, but two of this chic item from Alexander McQueen. In the fifth episode, she sported the exact one, but in an adorable powder blue shade.

This structured ivory crossbody bag from Saint Laurent makes for a reliable styling piece–white goes with anything!

Clever and a bit strange, this little bag from Alexander McQueen will never slip out of your hands. If its built-in rings won't keep your grip secure, we don't know what will!

Interestingly, Shin Min Ah hasn't yet sported a Birkin or Kelly! It looks like she (or her stylist) is on a mission to prove there's more to Hermès than their two hallmarks.

Here's an offshoot of Gucci's longstanding fixation with Roman and Greeks gods and goddesses. This Diana Tote possesses a sculptural bamboo handle that's come to be quite distinctive of the brand.

Triangles on a Bottega? We'll take it. This super white clutch looks so good with her punch pink suit.

This zigzag-textured mini bag from Prada's sister label, Miu Miu, was a cute pairing with her puff sleeve blouse.

Loewe is famed for its quirky take on bag shapes, and we just love this baby blue number that resembles a hot air balloon!

If you need a relatively spacious carrier with impeccable structure, consider the Short Story Tote from Alexander McQueen.

Possibly Loewe's most popular bag, the Puzzle lives up to its name–just look at how the exquisite leather plates fit together!

In the most recent episode, Shin Min Ah was spotted toting on of today's hottest it bags: The Louis Vuitton Capucines Mini. In the cutest banana yellow hue, too!

No Kidding! White Slip-on Vans Have Spiked 7,800% In Sales Since "squid Game" Premiered On Netflix