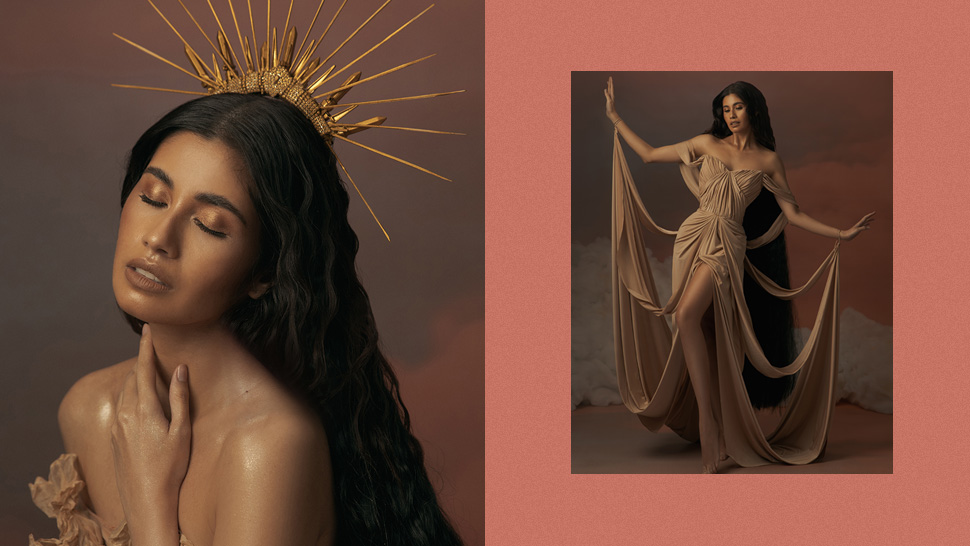 The contenders of the recently concluded Miss Universe Philippines 2020 weren't the only ones who had show-stopping photoshoots for their promos. The pageant's National Director Shamcey Supsup-Lee also starred in her own editorial, looking every bit like the piece of art that inspired the shoot. See the photos below:

Titled "The Birth of the Universe," the set was lensed by photographer Seven Barretto. The team tells Preview that they pulled inspiration from the painting The Birth of Venus by Sandro Botticelli and the Greek goddess Hemera.

"Hemera is the personification of day and as we go to the new age of pageantry through Miss Universe Philippines 2020, the gatekeeper of the crown is [Shamcey]," says designer Bessie Besana. "Her beauty and styling personifies the simplicity of her personal yet strength of her character."

The set design by Michael Ruiz completed the heavenly illusion and inspiration, perching Shamcey on a cloud-like foreground made out of synthetic cotton that had a printed backdrop to match.

Shamcey also wore pieces made entirely by local talents, from her crown down to her breathtaking gowns in muted hues. The gold halo headpiece, for one, was crafted by Christopher Munar and only took the accessories designer an hour or two to make despite the incredible details. In the same layout is an asymmetrical "Mindanao silk dress" by Roel Rosal.

Bessie Besana, the designer of the draped bodice gown with a multi-paneled skirt, patterned the feel of the piece after the lightness of air in the Greek mythology.

Meanwhile, designer Rob Lim gave his take on the theme with an airy tulle frock. "Nothing screams soft, dreamy, and ethereal but tulle," he tells us. "The dress was in a nude blush tone, a color that would tie all pink undertones from the set design and Shamcey's gorgeous skin tone."

Another eye-catching detail in the editorial was Shamcey's hair, which was often longer than her gowns. Hairstylist Florenz Torrontegui reveals that he DIY-ed this look by hand sewing old hair pieces together, achieving a jaw-dropping floor-length mane that took the beauty queen's look to the next level.

Last but not the least, makeup artist Carissa Cielo Medved kept the rest of the look minimal, opting for an elegant bronze eye and luminous skin from head to toe. 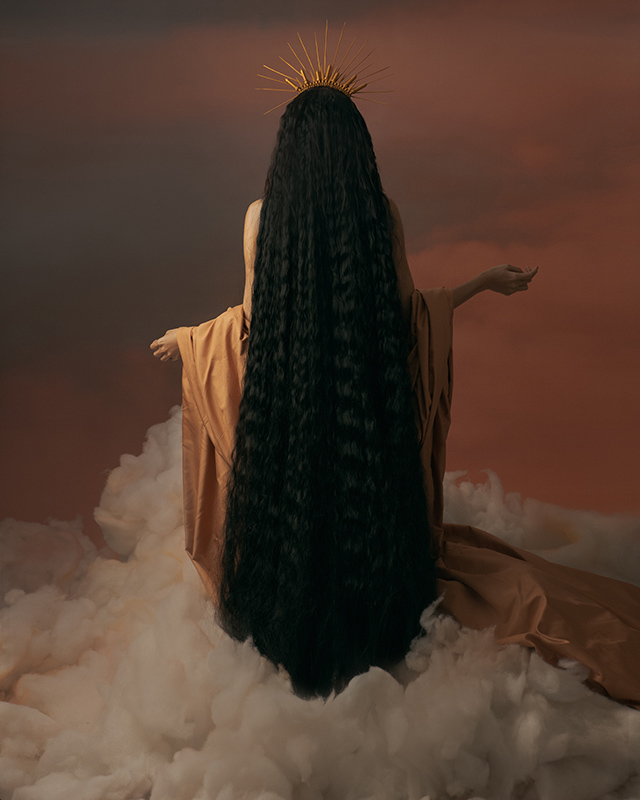