All of Kim Chiu’s Looks at the Chinita Princess: The Funtasy Concert

It was definitely a "funtasy"-filled evening. 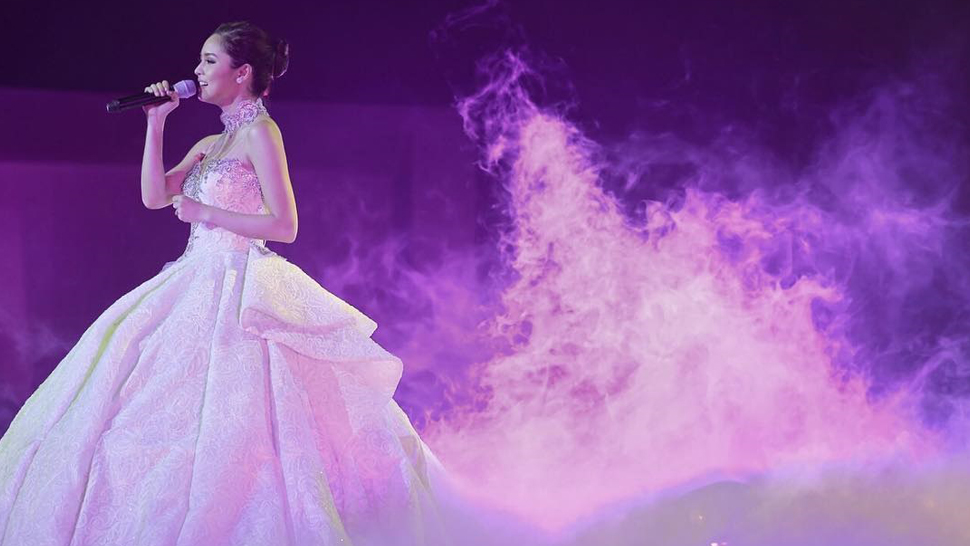 Kim Chiu has always been a crowd favorite ever since she joined and won Pinoy Big Brother: Teen Edition back in 2006. The chinita beauty, who’s both talented and well-loved by her fans, made it as one of the most sought-after leading ladies in the industry. Ten years later, she still is.

As she celebrated a decade of success in her career, Kim prepared a very special evening dedicated to the people who’ve been with her every step of the way. Last Saturday night, April 9 at the Kia Theater, her fans, friends, and loved ones joined her as she welcomed yet another milestone in her life dubbed as Chinita Princess: The Funtasy Concert.

Style Bible reached out to her stylist Patty Yap to know more about what went down backstage and all the looks that Kim sported. Read the Q&A below as he spills all the deets! 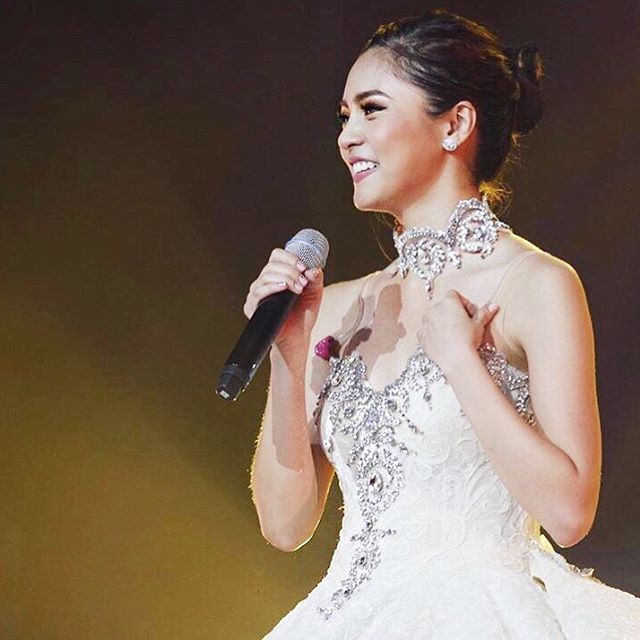 What looks were you going for? Was there a specific theme or wardrobe requirements?
“The plan was really to come up with different looks for each segment. We wanted as many changes as possible, all of which had to be fun and colorful. Thankfully, we were able to execute everything smoothly.”

Anything in particular that Kim requested?

Nothing too sexy! (Laughs)

Tell us more about the pieces she wore. Who were the designers you collaborated with? 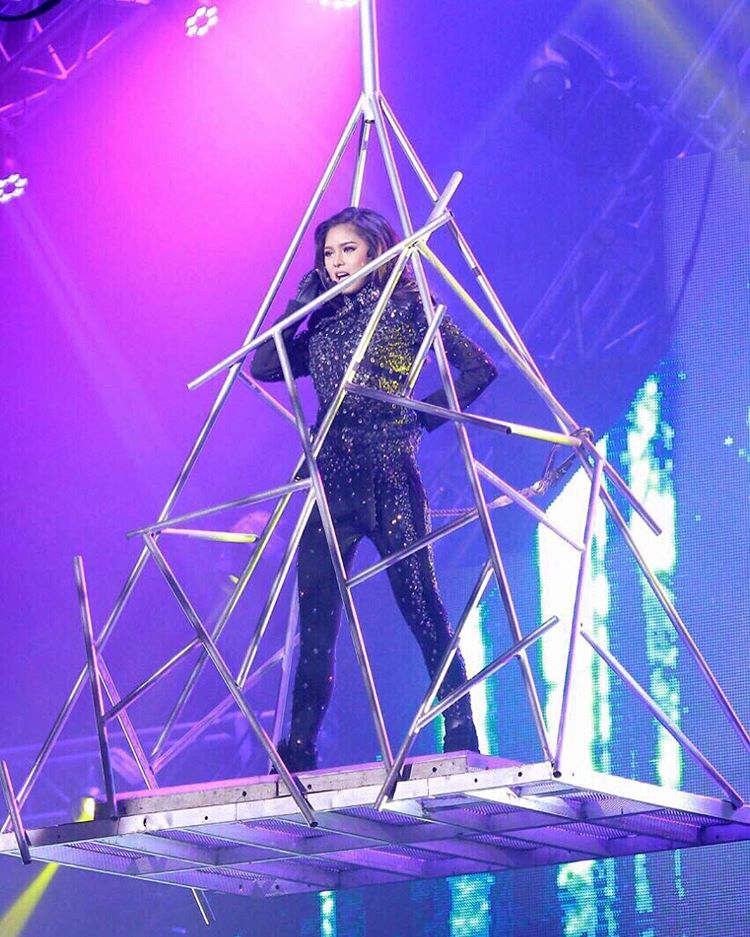 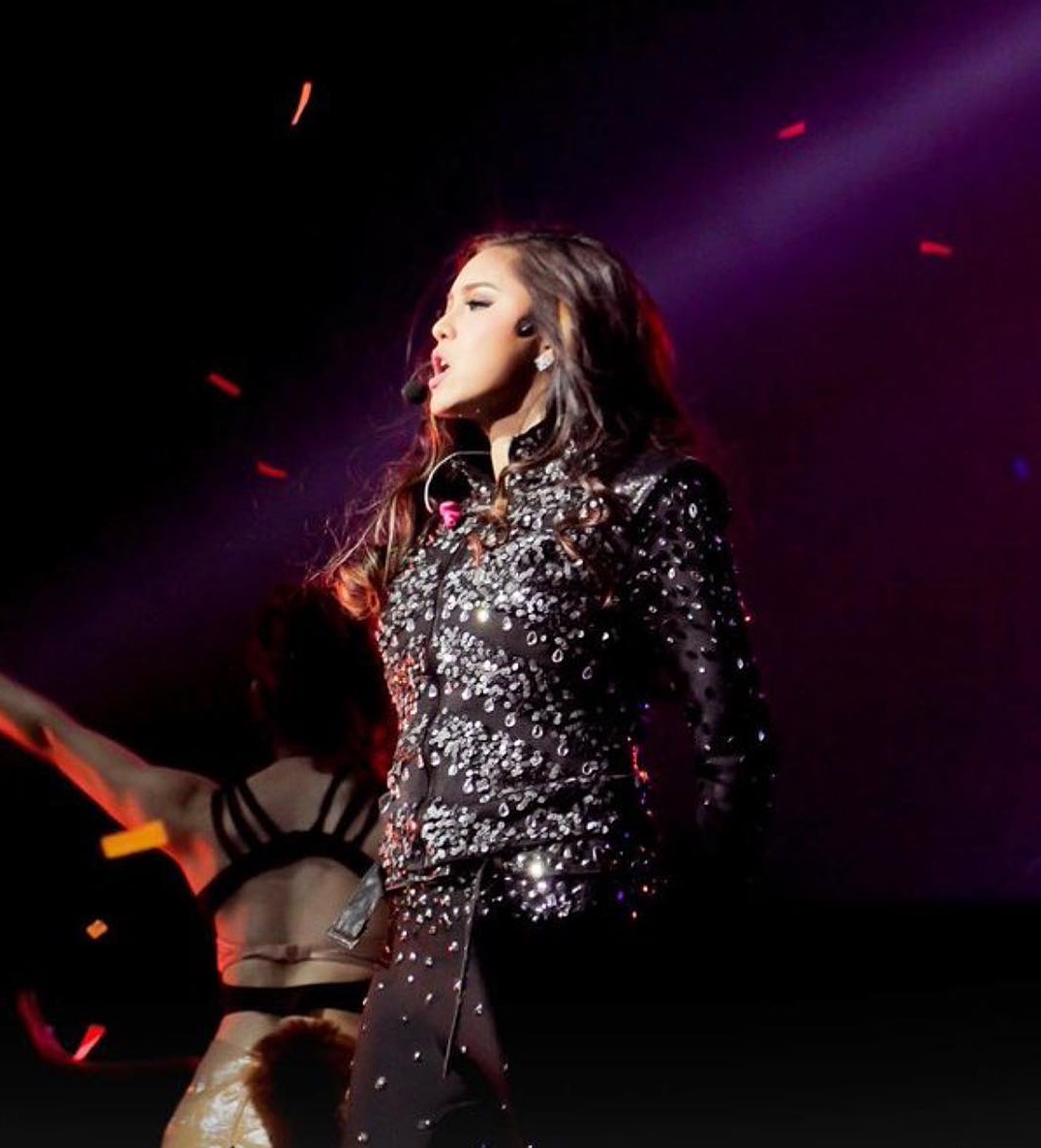 “For the opening look, I wanted a rebellious vibe for Kim. She wore an embellished jacket by Mak Tumang, and a vest and leggings by Dennis Celestial. She starts the concert as a prisoner locked in a cage, so ‘fierce’ was what we were going for.” 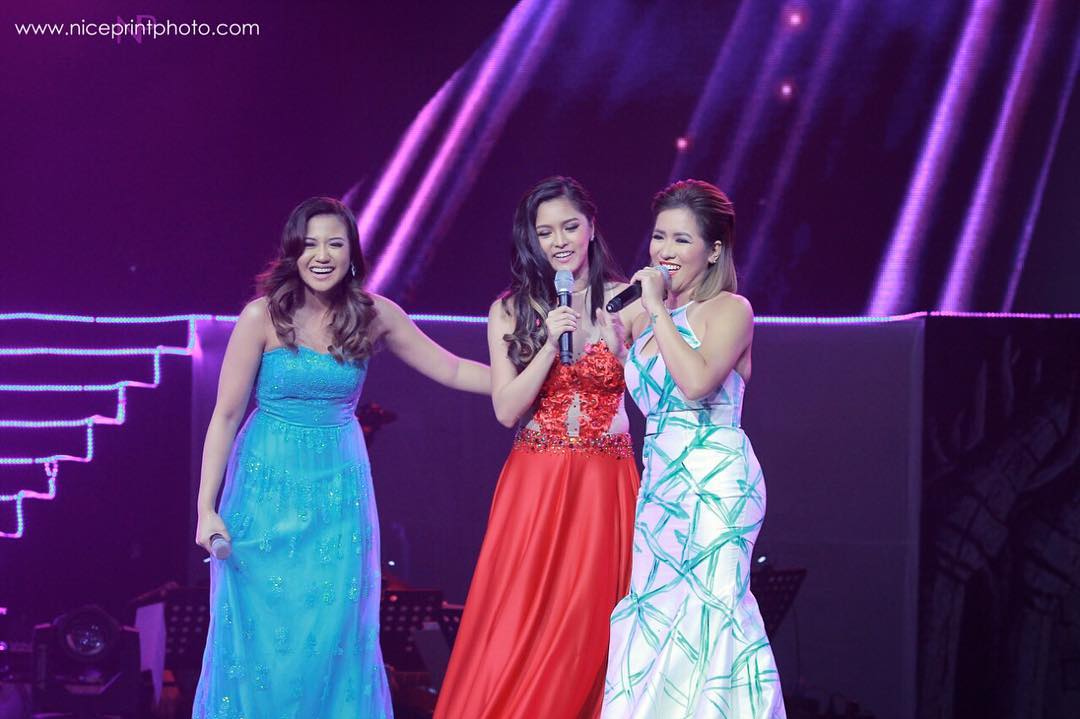 “For the Divas segment, she was joined onstage by two other divas, Angeline Quinto and Morisette Amon. She wore a gown by Dennis Celestial. I chose red because it signifies strength and power. It’s also a nice color on Kim.” 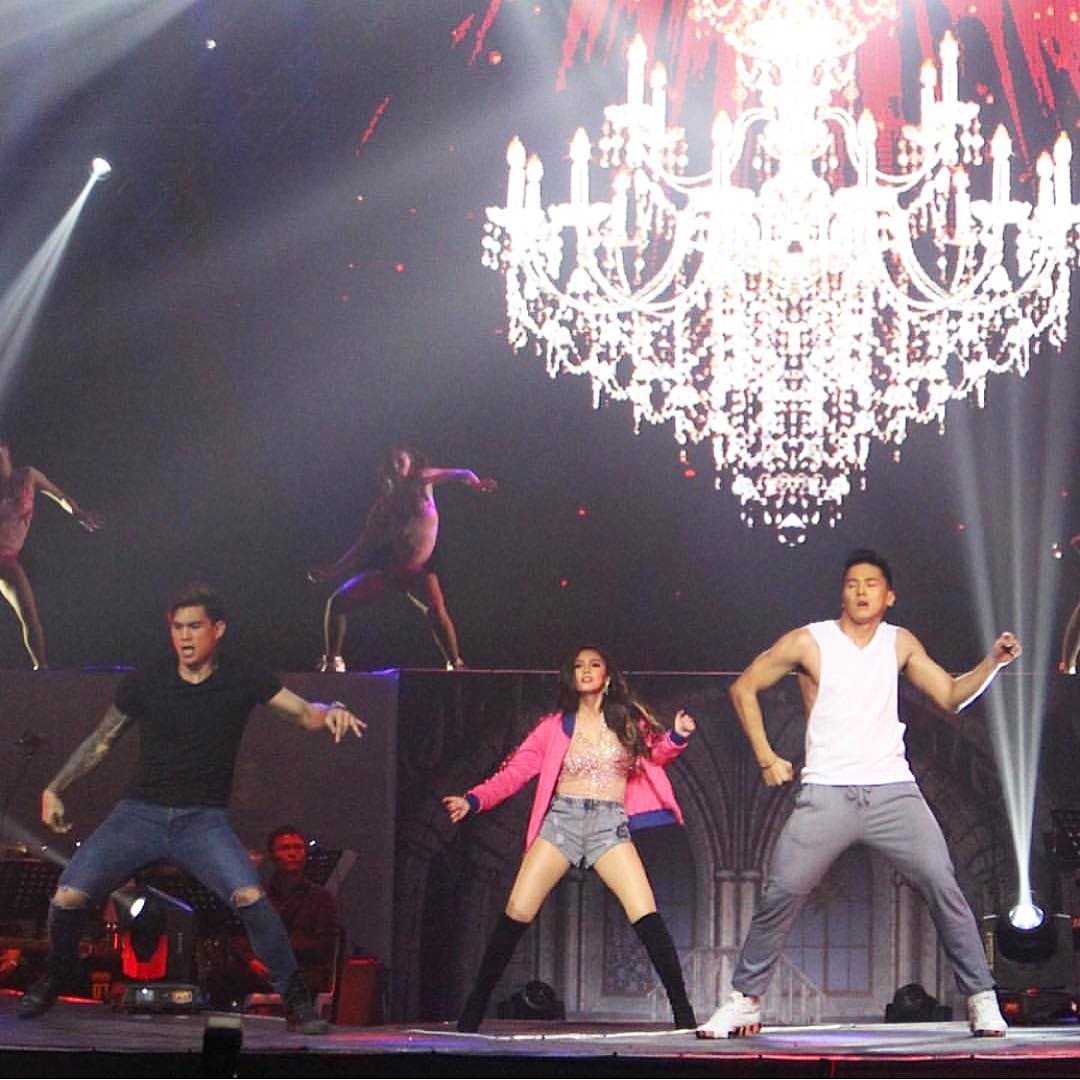 “The Supahdance prod was really challenging because we had to make her change her outfit three times, all of which were made by Bing Cristobal. We started with a ball gown, and then we changed it for her Latin dance number, and then the last one was for her hiphop segment. We really had to rehearse this with the G-Force dancers so everything, including the outfit changes, would go smoothly.” 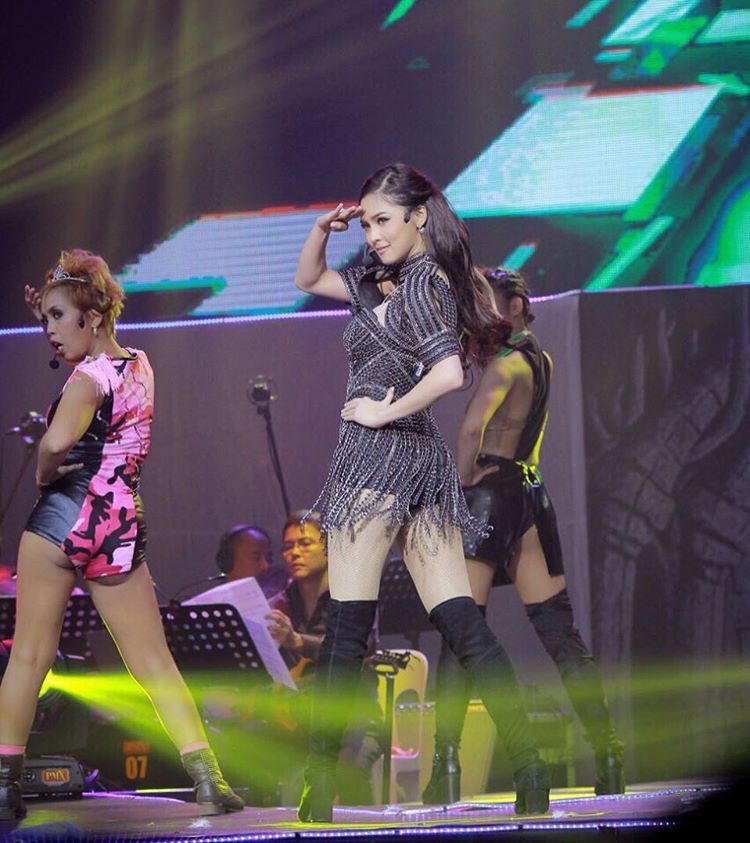 “I got a bit worried with a particular gladiator-themed segment. Her whole outfit weighed about two kilos because of the chains, so it was really heavy. She wore a gladiator dress by Jot Losa, and it was perfect.” 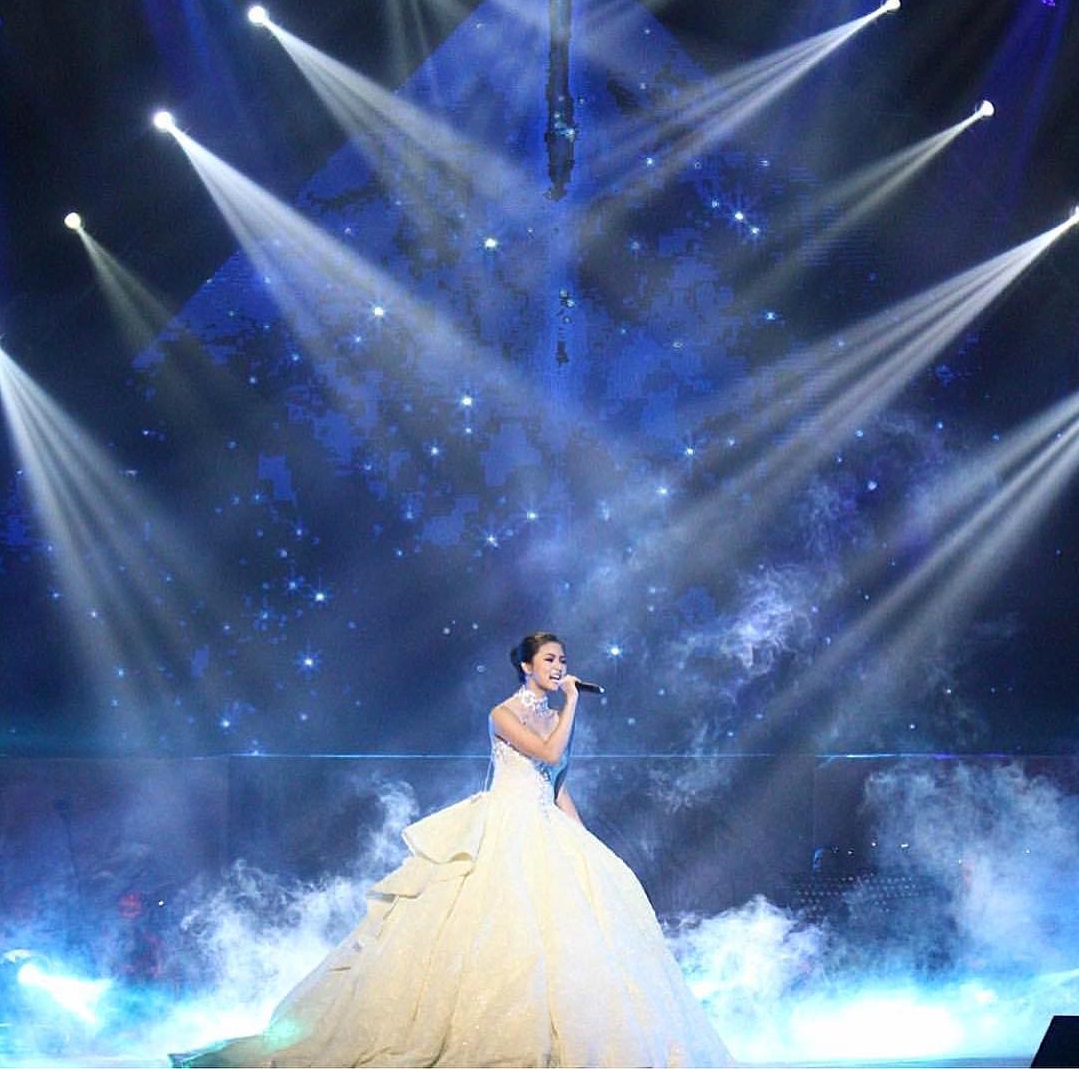 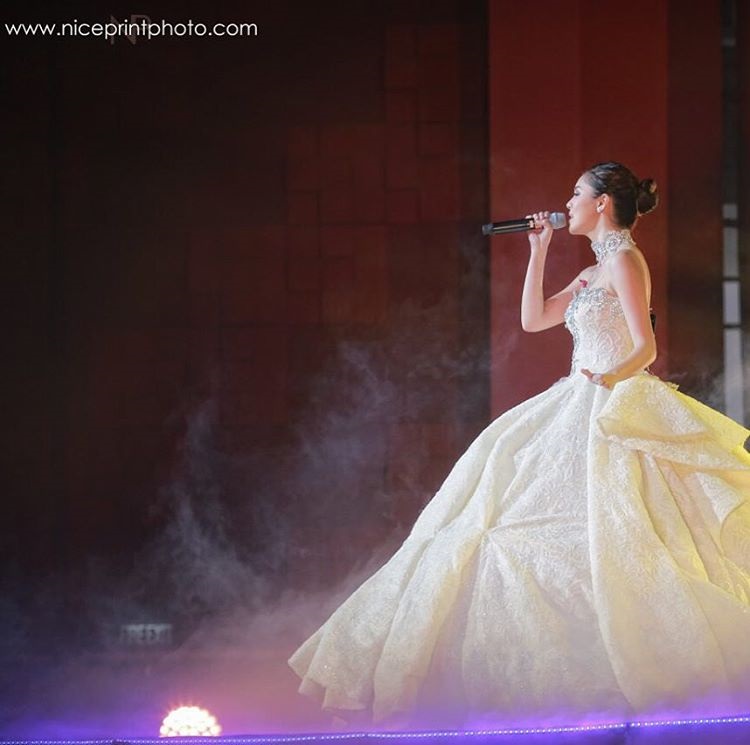 “For her album’s prod, she had to look like a fairytale princess. When they told me Kim would be wearing a ball gown for this segment, I knew right away that I had to call Val Taguba to make her dress.” 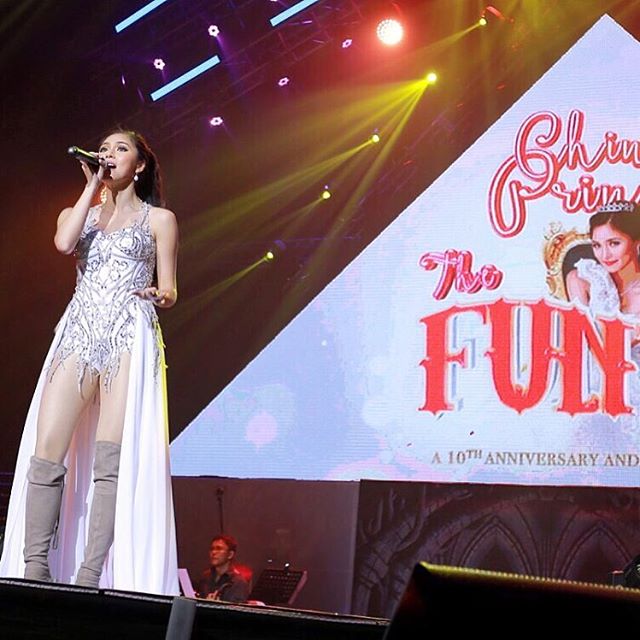 “I really like her finale look by Pepsi Herrera because it was sexy but still very classy. This is probably the shortest pair of shorts she has worn in public. It took her a lot of convincing actually. (Laughs) She’s done with being sweet, and I wanted to show them that. She has matured as an actress and now it's time for her to go a bit sexier.” 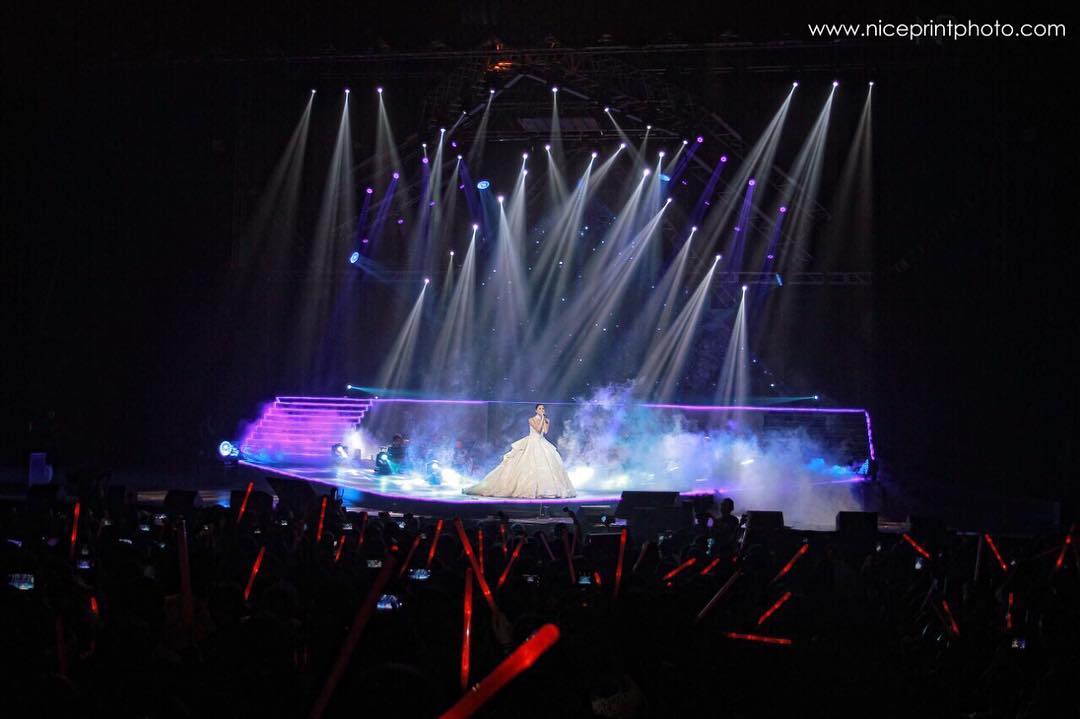 “The goal was to showcase her as a fashion icon. The initial meeting got me nervous because I was informed that we were doing multiple looks, and all quick changes—not just her outfits but her shoes and accessories as well. Overall, I’m just happy that we were able to accomplish all of it without any wardrobe malfunctions whatsoever.”

What was Kim's overall involvement in the styling process?

“That’s what I love about Kim. She’s very hands-on. She knows what she wants and she tells me everything. Even when there’s something she doesn’t like, she informs me right away so that I can do something about it. We’re both open to suggestions, and I think that’s the best thing about our working relationship.” 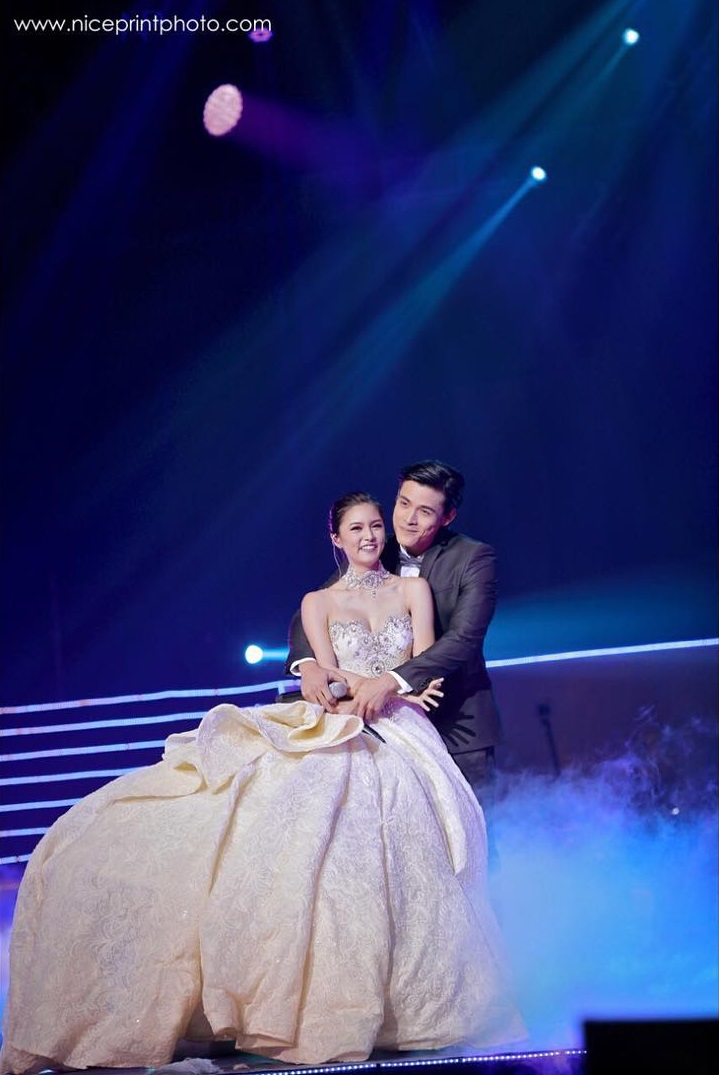 Which was your favorite look and why?

“I liked everything, but two looks stood out for me—the ones by Jot Losa and Pepsi Herrera. Every detail of her gladiator dress was well made, even up-close. And as for her finale look, I wanted sexy but classy, and I think it achieved exactly that. No one has bashed me so far! (Laughs)”

Kathryn Bernardo's All-white Look, And More From Our Top Celebrity Ootds Of The Week