LOOK: Here's How (and Why) Bela Padilla Decided to Uproot Her Life in Manila and Move to London|Read more »
Fashion | By Sofia de Aros - Sep 14, 2021

Did You Know? Saweetie's Daring Met Gala Gown Was Inspired by the Philippine Flag

In case you didn't know, the 28-year-old rapper is part Filipina! 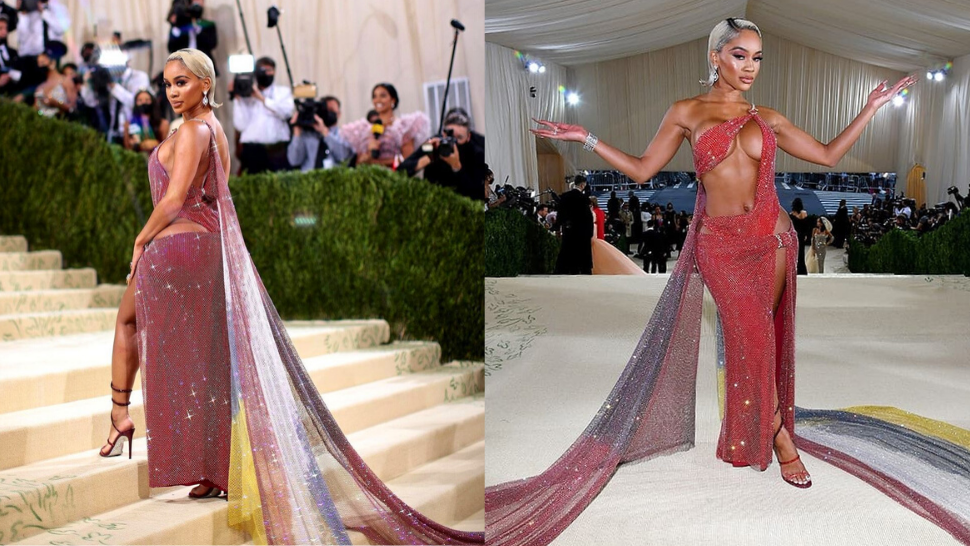 All the attending stars at the 2021 Met Gala made quite the splash. The looks touched on a multitude of moods, ranging from the classically glamorous (Billie Eilish and Gigi Hadid included), to the colorfully campy (think Kim Petras, A$AP Rocky, and Kid Cudi), to hypnotizingly strange (a.k.a. Kim Kardashian's all-black look).

Speaking of daring gowns, have you seen the dazzling red dress that Saweetie wore to the gala? The 28-year-old rapper wore a sparkling, slinky frock which features a sexy bikini-style top that connects to a column skirt with a high slit and twin trains. It was created by the designer Christian Cowan, who also made the taffy pink gown Paris Hilton wore on the first episode of her cooking show.

Oh, and we discovered the coolest piece of info about this gown from the designer's Instagram. As it turns out, its train was made to embody the Philippine flag!

"This gown was inspired by Saweetie’s heritage," the designer wrote in an Instagram post. "One train shows the Filipino flag, the other the Black American heritage flag."

In case you didn't know, Saweetie's mother is Filipina-Chinese, while her father is African-American. She reportedly speaks a bit of Tagalog, and can cook Filipino dishes!

In addition to this meaningful design, the gown was made with a whopping ten million crystals which were arranged onto the fabric by hand. So stunning!

What do you think of Saweetie's look? Sound off in the comments below!