SHOP: 10 Wardrobe Staples If You Have a Dainty Style Like Sofia Pablo|Read more »
Fashion | By Nikki Santiago - Sep 26, 2012

Rajo! For Parisian And Milanos 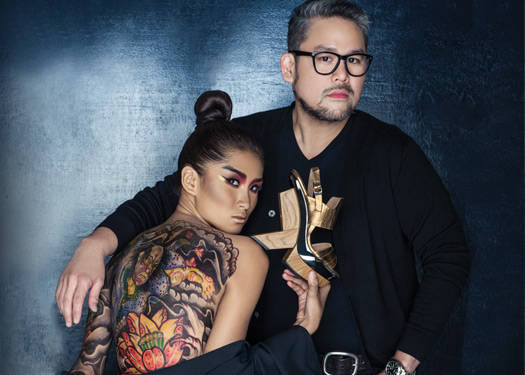 Esteemed designer Rajo Laurel once again partners with SM to launch two exclusive collections of meticulously-designed footwear, following a successful turnout last year. This year, the collaboration takes the brand’s scale to new heights by launching a premier collection for Milanos (shoes for men) and a second one for Parisian—aptly dubbed Rajo! for Parisian and Rajo! for Milanos.

On its second run, Rajo draws inspiration from Japanese culture, throwing in bold colors, striking patterns, and sleek lines and curves to the design process. 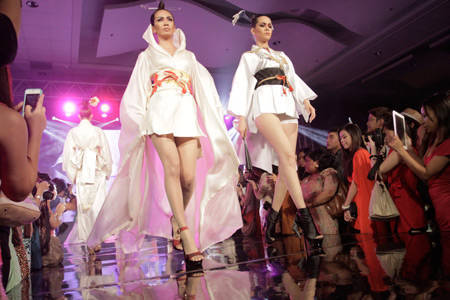 “As a designer, Japanese culture has always been a point of reference for me. I am in love with the graphic qualities of their traditional garb, the intricate art of the obi, the deep romanticism associated with the kimono, and of course the Zen balance of the modern Japanese aesthetic,” Rajo explains.

The line includes sandals, wedges, and heels for women, and casual and dress shoes made of leather and suede for men. Rajo incorporated just the right bit of edge by mixing in some structural silhouettes, bows, tassels, and floral prints to the Parisian line. Rajo! for Milanos pieces, on the other hand, are subtly played up with metallic accents and embroidery. 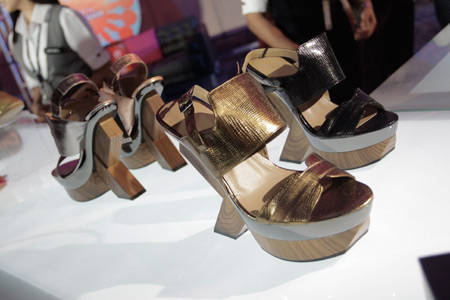 At last night’s launch, the guests were afforded a visual feast via a fashion show that featured models dressed as modern geishas and neo-samurais. After the show, they were lead to view the shoes on display against a backdrop reminiscent of Tokyo's Harajuku district.

Click on the photo gallery to view the collection. 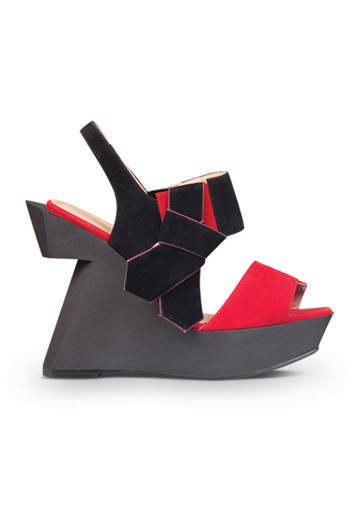