JUST IN: Jinkee Pacquiao Is One Glamorous Ninang at a Wedding Wearing Accessories Worth at Least P10 Million|Read more »
Fashion | By Nikko Tuazon for Pep.ph - Dec 16, 2021 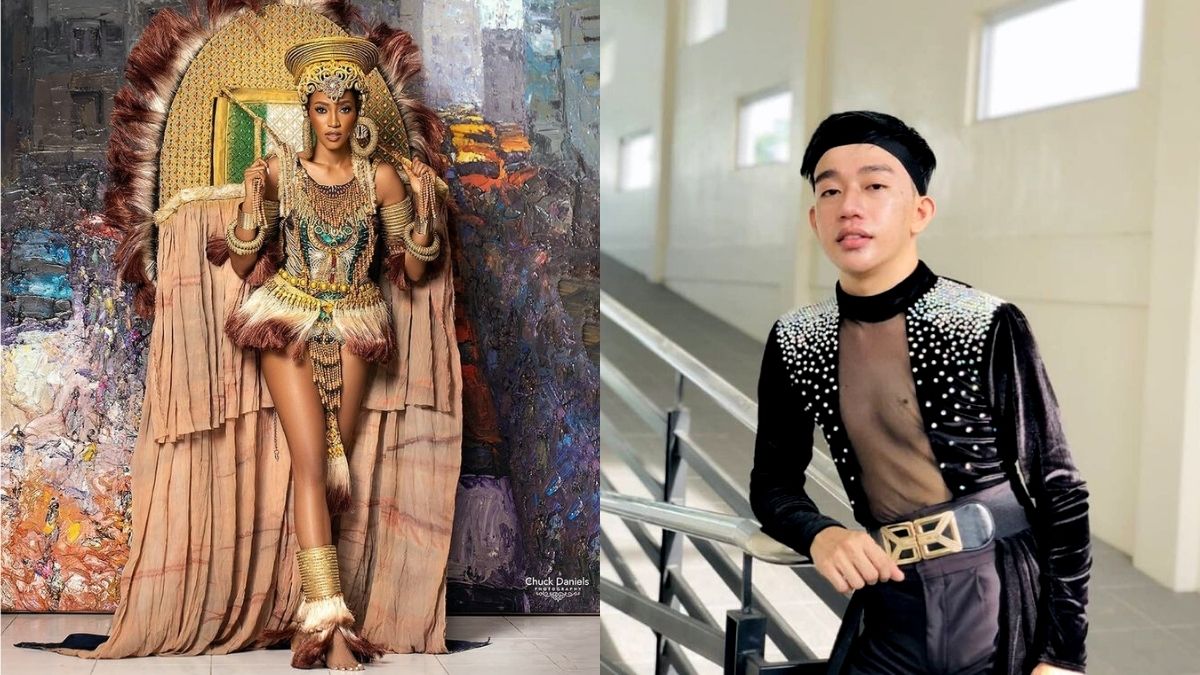 It won for the 28-year-old beauty queen the Best in National Costume award during the pageant's grand coronation night on Sunday, December 12, 2021 (December 13, Monday morning in the Philippines) in Porta of Eilat, Israel.

But did you know that a group of young Filipino designers led by Kennedy Jhon Gasper was behind the winning creation at the Miss Universe 2021 pageant?

In an Instagram post, he wrote, "My second time to create a costume for Miss Universe. Maraming Salamat Ama."

In an Instagram post on Friday, December 10, 2021, Maristella, a model and dental technician, revealed that "Mmanwa," a traditional masquerade of the southeastern Nigerian tribe, was the inspiration behind her national costume.

Her full caption read: "This beautiful creation is inspired by a famous traditional masquerade of the southeastern tribe of Nigeria called 'Mmanwa.'

"It is made of African Beads, stones, crafts. Mmanwa is a female masquerade costume that's designed for ceremonial and festive purposes to celebrate the rich Nigerian cultural heritage paying a closer attention to the strength women posses.

"The 3ft tribal mask with the colorful ancient back cape With Mmanwa's Face boldly crested on the mask and cape.

"It represents the beautiful Mmanwa who fought tirelessly to stop girl child mutilation and child slavery while the colorful patterns and embellishments portrays the african dashiki which offers a visual appeal and forms meant to invoke the ancestral spirits.

"I picked this particular costume because I see a self-reflection of my cause in this Mmanwa who protects children and women against any form of abuse.

"Finally this costume pays attention to the strong will of women in attaining whatever height they want to attain, no matter the challenges faced while reaching their desired goals."

Kennedy got emotional after hearing that his creation bagged the National Costume award.

He did not forget to thank his good friend and design consultant Mark Anthony Saguibo Pimentel.

This was the second time Kennedy's creation made it to the Miss Universe stage.

His first masterpiece was Angèle Kossinda of Cameroon's national costume during the Miss Universe 2020 pageant held last May 2021 in the U.S.