Patricia Field also worked on the iconic wardrobes seen in "Sex and the City" and "The Devil Wears Prada"! 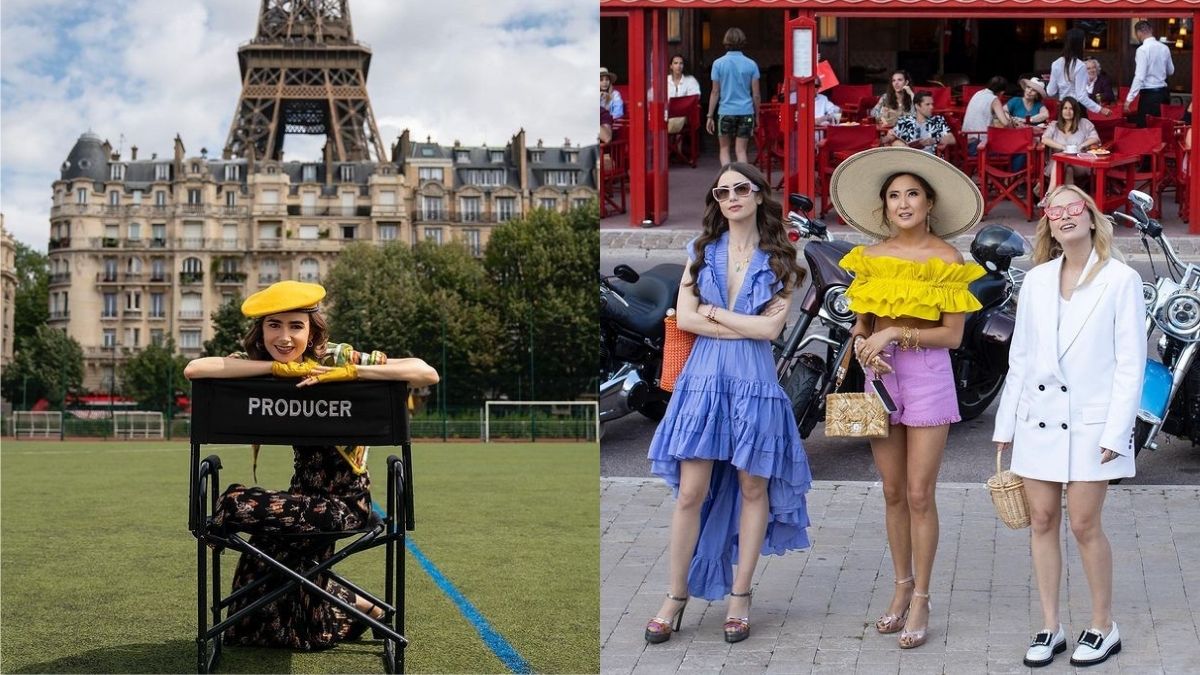 ICYMI, the highly-anticipated second season of Emily in Paris officially premiered last December 22, just in time for the holidays! If you're among those who binge-watched the new season last week, you're probably still thinking about Emily's bold and idiosyncratic wardrobe, which has been one of the series' central talking points since it first came out back in October of 2020.

We have the distinguished costume designer Patricia Field to thank for Emily's distinctive and always interesting fashion sense. While not all reviews of the character's sartorial prowess have been positive, Patricia stands her ground, and places a premium on the characters' uniqueness: “My thing is just to make my actors happy, and for them to be interesting and original instead of trendy,” she says in an interview with the publication InStyle. “I have a tendency of making up these outfits that are not necessarily something you’ve seen before, but still hold some interest. Because that’s what lasts in a wardrobe, it really does.”

What's more, when asked if the internet's discussion surrounding Emily's fashion ever influenced her to make any changes for season 2, Patricia tells Preview that she prioritizes the actor's comfort and creative input more than public opinion. She shares, "It’s a bit difficult to be constantly under the scrutinizing spotlight. I do my best, and hope for success. Bottomline: The actor is front of the camera and must be pleased and comfortable."

And there's no doubt that the 79-year-old American stylist and designer knows exactly what she's doing. In case you didn't know, she's also the mind behind the legendary wardrobes seen in The Devil Wears Prada (2007), and Sex and the City (1998-2004)!

Preview got the chance to chat with Patricia herself about the fashion on Emily in Paris. She even talked about the inspiration behind the wardrobes of the stylish cast of characters, including Camille, Sylvie, and Mindy!

Read our interview with the "Emily in Paris" costume designer Patricia Field below:

Is there a significant difference between Emily's style in Season 1 and Season 2? How would you describe this change?

"The difference between the two seasons as concerns Emily, is that there is a hint of a more sophisticated awareness of her role in a French corporate environment. But Emily’s style always remains optimistic as an expression of her character."

How would you describe Emily's style in Season 2 in three words?

How would you describe the styles of the characters Mindy, Camille, and Sylvie?

"Aside from the above, Emily’s style exuded optimism, excitement, and intelligence. Sylvie's wardrobe was totally inspired by Philippine Leroy-Beaulieu as an actor and how she portrayed her character, which I would describe as a “mean-machine”. Camille's [style] is classically young woman-chic with a mix of designer. Mindy is expressive, glamorous, and outgoing with a sense of humor."

How would you describe Camille's style?

"I owe Marylin Fitoussi, my French costume design colleague, Camille’s original style. Her character was described to me as 'French classic'.  As such, I relied on Marylin to create her original look, which I think she successfully achieved."

How do you balance Emily's American and Parisian sides in terms of style?

"In balancing American Emily with Parisian Emily, I owe a major inspiration to the professionalism and experience of Lily Collins, who worked closely with me before and during the beginning of filming. The inspiration comes from the truly American young woman who finds herself in fashionable Paris and optimistically tries to pay homage to the Parisian style mixed with her own original Mid-Western fashion experience. For example the mixture of her use of gloves with both casual and elevated looks show a consciousness of completely coordinated look."

How did the stars themselves influence the wardrobes of the characters they portray?

"All of the cast shared their costume ideas with me.  I would describe the final choices as a collaboration. After all, it is the actor in front of the camera and the actor must feel positive and secure about the way he/she looks."

This Filipina Visited the Iconic Filming Locations of "Emily in Paris"

6 Ig Shops To Check Out For Trendy Pieces, According To Frankie Pangilinan