My Life As Kathryn Bernardo's Ex-stylist

The Teen Queen hates the smell of brand new clothes. 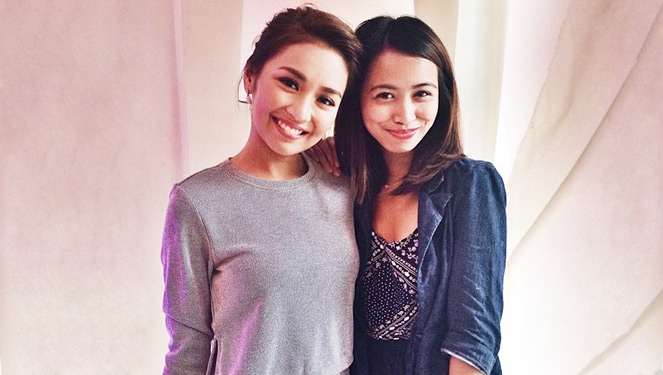 “Ate Marj, can I borrow one hundred?” asked the long-haired, braided female lead who I was styling for a teleserye. Wearing knee-length shorts and an Aztec-printed shirt with paint splattered all over it, she asked, in her characteristic sweet voice, for some money so she could buy fish balls and kikiam from the vendor right outside our tent. Not that she couldn’t afford it—she could buy the entire cart if she wanted to. One of the top earners in showbiz today, Kathryn Bernardo, was asking me for a measly purple banknote. Her personal assistant (who she fondly refers to as “Ganda”) said she only had a little left of her 300 - 500 peso budget for the day. To my surprise, the superstar lived like an ordinary teenager on allowance; something that was made clear to me when I styled her for ABS-CBN's Got To Believe.

Before then, I was styling Maja Salvador for Ina Kapatid Anak and some other shoots here and there. It had been two years after I'd studied supply and demand as an economics major in college, when my life took a turn and I found myself tying shoelaces and zipping up dresses for local artistas instead. My parents originally wanted me to pursue law (I kinda believed I would, too), but since I was a little girl I’d wished and prayed that I’d end up in the fashion biz, and my heart would almost always skip a beat while watching The Devil Wears Prada.

I took up a fashion journalism course in SoFA, during which I applied to become an assistant to celebrity stylist Rex Atienza. One thing led to another, then I just woke up one day with a text from another celeb stylist Em Millan, asking if I was interested to style Kathryn for her current soap. I don't really follow local dramas religiously, but of course I knew the show she was talking about—my sister would watch it every single night. Kathryn played this bubbly character named Chichay who wore dreamcatcher necklaces and boho maxi skirts.

When I was offered the gig, Kathryn and I hadn't even been introduced yet. Of course, not that I didn’t know who she was—because nowadays, who doesn't? After co-starring in the reboot of Mara Clara, her face was all over billboards and magazines, and since then has been regularly seen on TV. Kathryn was just seventeen years old when she became the female lead of a top-rating primetime show, so I didn’t have the slightest clue as to what to expect. Is she a sweet girl, or a spoiled brat? Is she a diva, or pleasant to work with? I had no idea at all. I only knew she was the biggest star of her generation—her fans even call her Teen Queen—and working with her could serve as a stepping stone toward great things in the industry. 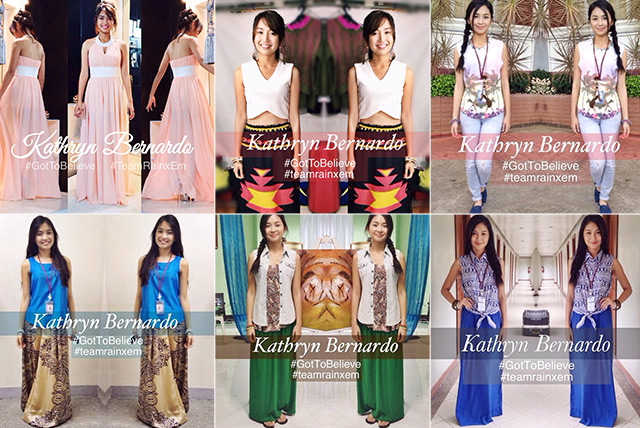 I can still remember the first outfit I ever gave her as her stylist: A paisley printed maxi skirt to go with a nude-colored tank top and a sleeveless buttondown shirt worn open. It was the go-to style equation for her signature bohemian Chichay look, which was trendy but not “mayaman.” The first talk we had was about whether or not we should tuck her shirt in. It looks weird tucked eh, she said, and so we didn't. Afterwards, it was fairly easy to build a conversation and kill the awkward silence. As it turned out, Kathryn and I were from the same province (my sister and her brother were even classmates in grade school). So, lucky me!

When you style a celebrity for a movie or a TV show, you basically go wherever she goes. You spend approximately 18 hours together at work during taping or shooting, so you’re bound to know each other pretty well. In a week’s time, I was able to figure out several things about Kathryn Bernardo: (1) She is never late. If her call time is seven o’clock in the morning, she’ll be there minutes before; (2) She doesn’t like chiffon—yes, I mean the fabric, not the cake. It can get scorching hot on the set and the sheer woven fabric only makes it worse; (3) She also doesn’t like the smell of brand new clothes. So after I pull-out (the industry’s term for borrowing) from a store, I make sure to get the clothes laundered first before bringing them for her; (4) If she likes what she’s wearing (or if she doesn’t), she’ll tell you straightaway, which helped me understand her personal style much faster.

On taping days, we'd eat together during lunch, dinner, and midnight snack even (tapings usually last until three o'clock in the morning). She taught me to sprinkle powdered milk on champorado, which is how I've been eating it ever since. Ganda would also bring homemade chili for her to go with her meals everyday, and I'd ask for some, too, because it's super good especially with soy sauce. The girl loves to eat; we could spend the whole day drooling over Potato Corner fries and red velvet cupcakes. During the short breaks in between her scenes, she’d randomly stalk Ariana Grande or Taylor Swift on Instagram (as in, she'd even show us their #OOTDs), and she’d get so #kilig whenever Marian Rivera would leave comments on her posts. We were all girls in her glam team, including her hair and makeup artist Katchie, so oftentimes it felt like we were just a bunch of high school girls discussing our Hollywood crushes and our favorite 135-peso "magic" lipstick (it turns from yellow to pink on your puckers). Asking silly hypothetical questions was and still is her favorite game. “If you could trade lives with anyone for a week, who’d you pick?” she'd randomly ask us. (Her answer, by the way, was Olivia Palermo.) 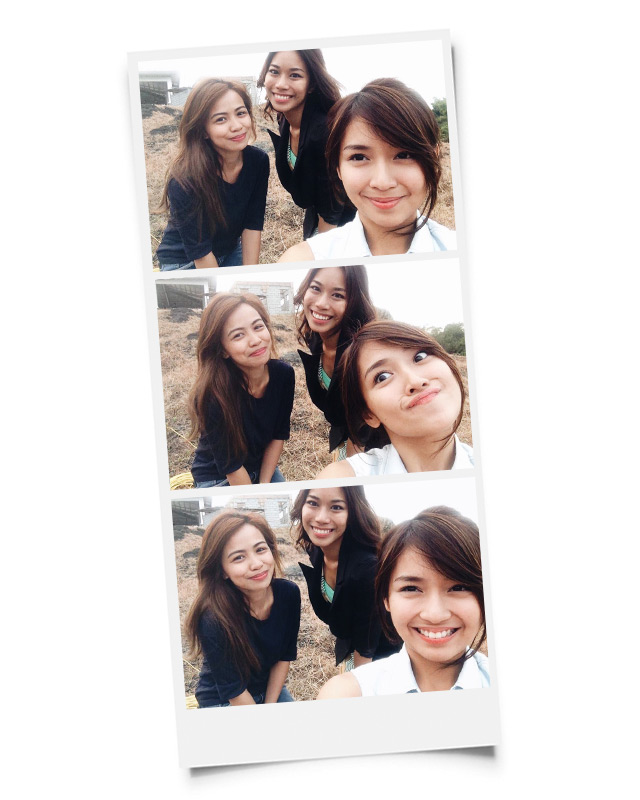 Random #selfies during taping! Time check: Around four o'clock in the afternoon.

Weeks before the show ended, she was busy preparing and planning for her debut. And today, as I type this, Kathryn has already turned nineteen. It’s been a year, and the last time I saw her was during a product launch for her new endorsement (for the same magic lipstick we were obsessed with, natch). She hugged me before I even had the chance to say hi, and the first thing she asked me was about my love life—Kamusta na kayo ng boyfriend mo? Kayo pa ba?—and I burst out laughing because the girl hadn't changed one bit.

Being a celebrity stylist can get you so close to the artista to the point that you don’t really see her as an artista anymore. You get to discover other things that movies don’t show past the end of the credits, from her shoe size to her favorite TV show. You get to see her as a person, not as a public figure. For what it’s worth, I don’t just see Kathryn as the brilliant actress who could so effortlessly shed tears, and then the next second snap out of it and ask Ganda where we could buy pancit canton. Rather, I see her as a foodie, a fan girl, a good daughter, and just an ordinary teenager who’s working hard for her dreams.

Everytime people refer to her as Teen Queen, I can imagine her feeling awkward about it since compliments usually have that effect on her. We’d tease her about it whenever we’d eat lunch together. She’d smile shyly, shake her head, then ask Ganda to pass her their homemade chili.

Tom Ford Teams Up With George Clooney For His Second Film

Are You One Of The 50 Who Will Meet Sean O'pry?