JUST IN: Jinkee Pacquiao Is One Glamorous Ninang at a Wedding Wearing Accessories Worth at Least P10 Million|Read more »
Fashion | By Yanna C. Lopez - Dec 13, 2019

5 of the Most Talked About Designer Bags This 2019 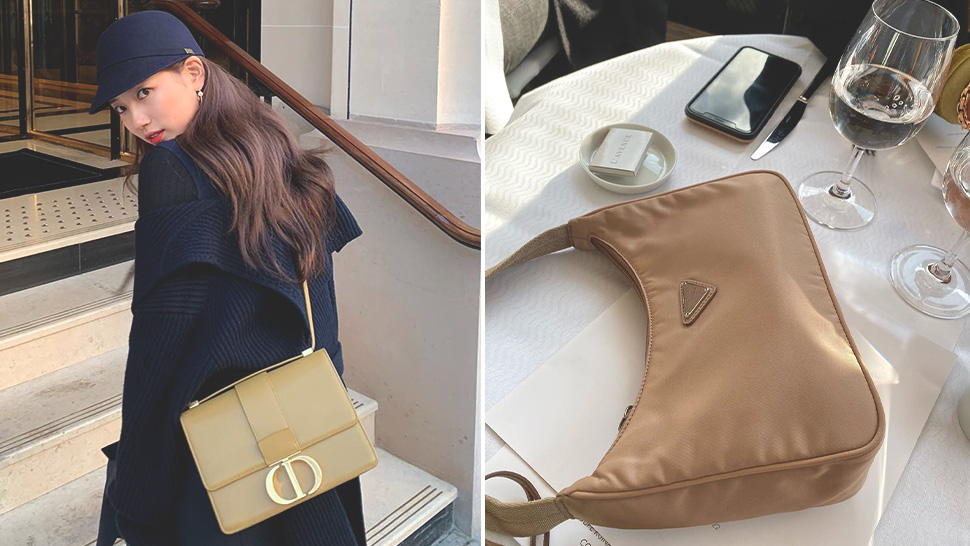 IMAGE INSTAGRAM/skuukzky, INSTAGRAM/sarahlahbati
Allow us to look back on the pieces that stirred up a massive commotion this year.

This is the kind of noise any right-minded fashion fiend would never in a million years ask to turn down. 2019 was marked by drop after drop of buzzy designer arm candy that positively swarmed our Instagram feeds. If you've found yourself muttering "everyone has this damn purse" while scrolling at least once in the last few months, well, you were absolutely right.

Here, we round up five of the most-talked-about luxury bags that dominated this near-closing year.

Does Louis Vuitton's adorable answer to fashion's current frenzy over the layered bag trend feel familiar? It should, because if you know and love the original Pochette released back in 1992, you'll adore its au courant revamp twice over. Literally. Introducing the new Multi Pochette Accessoires, which'll have you wanting to see double. Those instantly recognizable, eternally coveted LVs are best served in twin doses, we think. Zoom in and spy a pair of classic Pochettes in two different sizes linked together by a guitar-esque embroidered strap adorned with an extra round coin purse. So cute. What we once used as mini makeup kits to carelessly toss into our bigger purses has officially stolen the limelight. Kim Jones is so not complaining.

We're starting to very firmly believe that for every microscopic tote that appears on the market, there's begun to rise a rebel movement of sorts—enter the impending dawn of the oversized clutch. Bottega Veneta's Pouch, designed by precocious Phoebe Philo protege Daniel Lee and resembling a serene giant clam, has shucked open hearts the world over. It's an Iza Calzado-approved favorite. Personally, yours truly, completely sparkle-mad, drools over it in crinkled, ultraviolet metallic lambskin; still, Iza's nice, smooth olive or even a luxuriant burgundy Intrecciato weave is just as gorgeous. It's a must-team with a pair of BV's achingly cool, square-toed sandals, naturally.

Fashion's taken a utilitarian turn as of late, and the look—at the moment defined primarily by languid boiler suits, roomy cargo pants, and a luxe spin on combat boots—has evidently leaked into au courant designer bag silhouettes, too. Case in point: The coveted Prada Re-Edition Mini Hobo. We've mentioned before that Sarah Lahbati, though perhaps the first celeb to sport it on our shores, definitely isn't the only fan of this near-indestructable nylon number. The fun difference is that, while she and fellow actress Bela Padilla prefer theirs worn tucked snugly under the arm, blogger Laureen Uy favors the version that dangles via a cool, logo-splashed jacquard sling strap. It's awesome being spoilt for choice.

Count pretty mama-to-be Anne Curtis onboard! A fresh face for Cruise 2020, the 1955 Horsebit is recreated from an archival design. We're not kidding when we say this is the grand dame: With the same lines and forms first introduced over six decades ago, it unifies original details with an of-the-moment spirit, highlighting the Italian label's telltale Horsebit (yep, that's what you call that distinguishing metal detail on your fave Princetown loafers). Part of Gucci’s genetic code, the double ring and bar has been established as one of the most distinctive elements among the house's symbols borrowed from the equestrian world. Presented via a satisfyingly small flap shoulder bag, the hardware is paired with beige and ebony GG Suprememonogram fabric and completed with a special mechanism that adjusts the length of the shoulder strap so it can be carried on one shoulder or cross body. Nothing beats vintage Gucci flavor, we honestly think.