12 Most Shocking Fashion Moments in 2018

What a year that was! 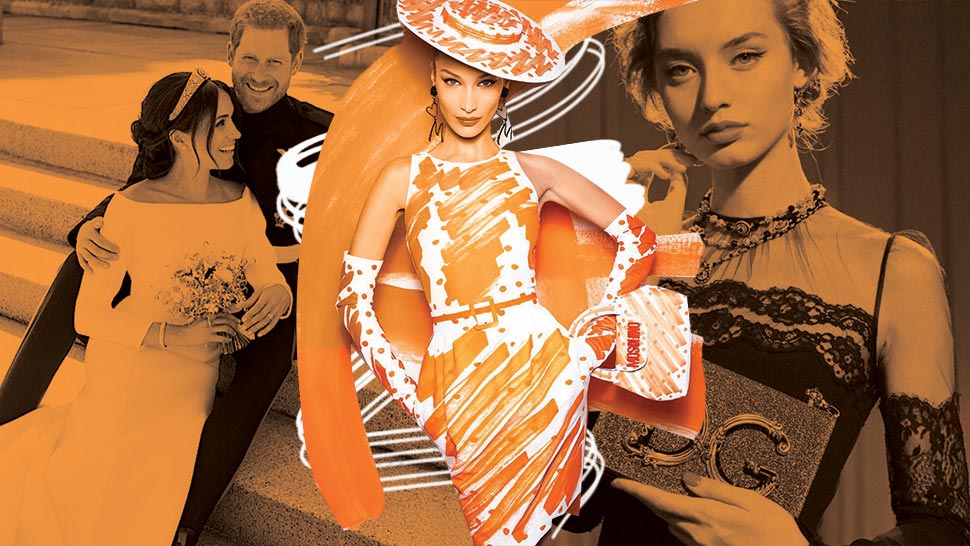 So much has happened in the fashion scene this 2018. Below, we list the most shocking ones that have caused great debates and stirred up controversy.

Kate Spade and Hubert de Givenchy may have left this world but their work and legacy will continue on. Notably, studying the detailed manner in which reports on Kate's death were made was a reminder for all journalists about the proper and ethical way to write about suicides.

Designer Kate Spade Was Found Dead in Her Home

Dolce & Gabbana found itself in hot waters yet again after the Italian luxury brands released a trio of teasers of videos prior to their supposed show in Shanghai, China. The issue became even more aggravated after Stefano Gabbana himself made racist remarks in an effort to defend their videos. Just shortly after the whole debacle, Dolce & Gabbana's The Great Show was boycotted and cancelled.

All the Details of the Dolce & Gabbana China Controversy

Meghan Markle walked down the aisle in a simple Givenchy gown made by Clare Waight Keller. Many liked her uncomplicated gown while the others argued the fit could have been improved. Which side are you on?

Everything You Need to Know About Meghan Markle's Wedding Dress

We Need to Talk About Meghan Markle's Wedding Gown

4. Victoria’s Secret not selling lingerie for all types of girls

Victoria's Secret stirred up a debate when one of their execs said that their lingerie isn't for all types of girls and that plus-sized girls may not ever walk their runway.

After acquiring  Jimmy Choo in 2016, Michael Kors made an even bigger acquisition by buying Versace. This news caused a major upheaval amongst Versace patrons. After all, this marks the first time that an American-owned brand bought a European label.

Versace Is Being Sold to Michael Kors

Is anything original nowadays? Jeremy Scott got in the middle of another plagiarism scandal after Edda Gimnes, a young designer, claimed he copied her scribble designs and used them in the Moschino Spring 2019 collection.

Carolina Herrera is letting go of the reigns on her eponymous line. She moves on as its global ambassador (a new role she created) after being the house's creative director since she founded the brand in 1981. She was replaced by 31-year-old designer Wes Gordon.

Carolina Herrera Steps Down as Creative Director of Her Namesake Brand

Melania Trump wore a very controversial jacket as she went to visit the immigrant children who had been separated from their parents at the US-Mexico border. But the US  First Lady claimed the jacket's message was meant for her critics and explained that she didn't care what they thought as she was set on doing what she felt was the right thing to do.

After dropping the accent, Hedi Slimane garnered a lot of backlash with his debut collection at Celine that bore traces of Hedi's work while he was at Saint Laurent.

Blair Waldorf's favorite shopping haven closes after 123 years in its effort to cultivate brands that have better potential for growth.

Fashion's most in-demand fashion photographers were accused of sexual exploitation after a number of male models and assistants came forward with stories of their own encounters. Since then, the two photographers have been shunned in the fashion scene.

Earlier this year, shoe retailer Nine West filed for bankcruptcy as a necessary move to pay off the brand's approximate US$1.5 billion debt.

All the International Brands Kelsey Merritt Worked With in 2018

These Beauty Products Were Banned in the Past 100 Years

10 Essential Jach Manere Poses You Can Try On Instagram