LOOK: Here's How (and Why) Bela Padilla Decided to Uproot Her Life in Manila and Move to London|Read more »
Fashion | By Nicole Arcano - Oct 24, 2020 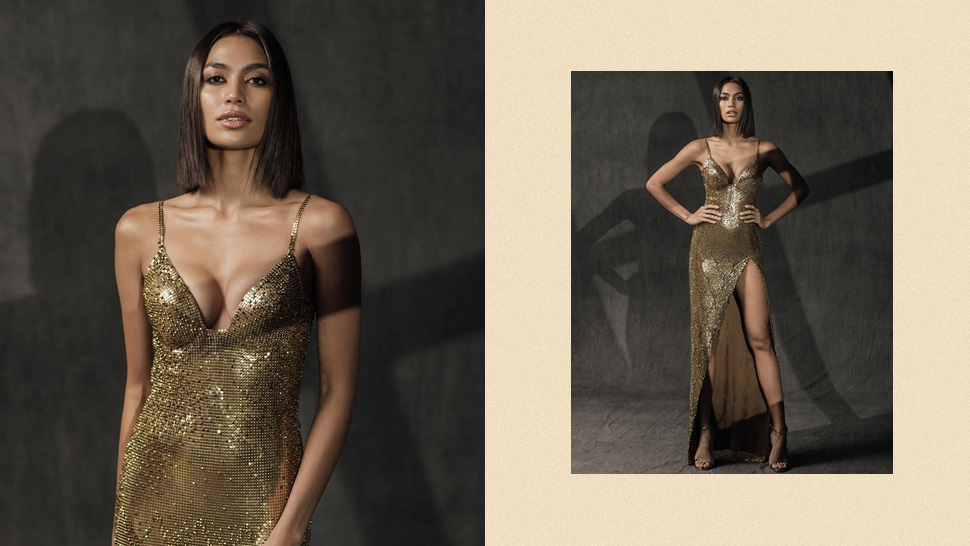 With a day left before the winner is crowned, the country continues to reel in the excitement over last Friday's Miss Universe Philippines 2020 preliminaries. And just like every year, the most highly-anticipated and talked-about segment was the evening gown competition.

One of the standouts of the segment was Miss Davao Alaiza Malinao's shapely "liquid gold" dress by a 20-year-old Filipino fashion designer Jude Macasinag, who is currently studying Fashion Design in Paris.

Jude named it after the Kinnari vessel, a precious artifact discovered in Mindanao. The sculpture is made of pure gold, shaped in the image of a half-human half-avian diety. "In precolonial belief amongst Southeast Asian territories, including the Philippines, the Kinnari personifies the feminine ideals of beauty, grace, and accomplishment," the designer writes on his Instagram.

This inspiration led the designer to craft a gown made of an aluminum metal material, which was sewn 90% by hand. "The material was molded and shaped directly onto a body form with Alaiza's exact measurements," shares Jude. "The dress cannot be sewn traditionally, so the tiny metal plates that compose the material had to be meticulously linked and unlinked one by one, precisely calculated for each curve around her figure."

The designer opted for a simple silhouette, steering to elegant minimalism for a typically grandiose event. He does, however, admit that despite its simplicity, it was no easy feat to make. "The dress, despite looking simple in cut, was incredibly laborious to do. In total, we spent over 500 hours trying to perfect it," he writes in an Instagram story.

With the Kinnari dress' divine inspiration and fit, we couldn't help but be reminded of Kim Kardashian's "heavenly body" in her Versace number for the 2018 Met Gala. Except, Alaiza's gown was rigid by no means, done with a high slit that allowed movement. Jude explains, "The sleek silhouette allows emphasis for movement, which mimics liquid gold, as if it was poured over the body and left to drip."

Take a look at the garment in motion below:

Everything You Need to Know About Miss Universe Philippines 2020

How Much Is The Miss Universe Philippines Crown?