SHOP: The Preview Beauty Bag Is Officially Here and It's the Ultimate Steal|Read more »
Fashion | By Yanna Lopez - Feb 27, 2017

And from the Oscars red carpet, no less. 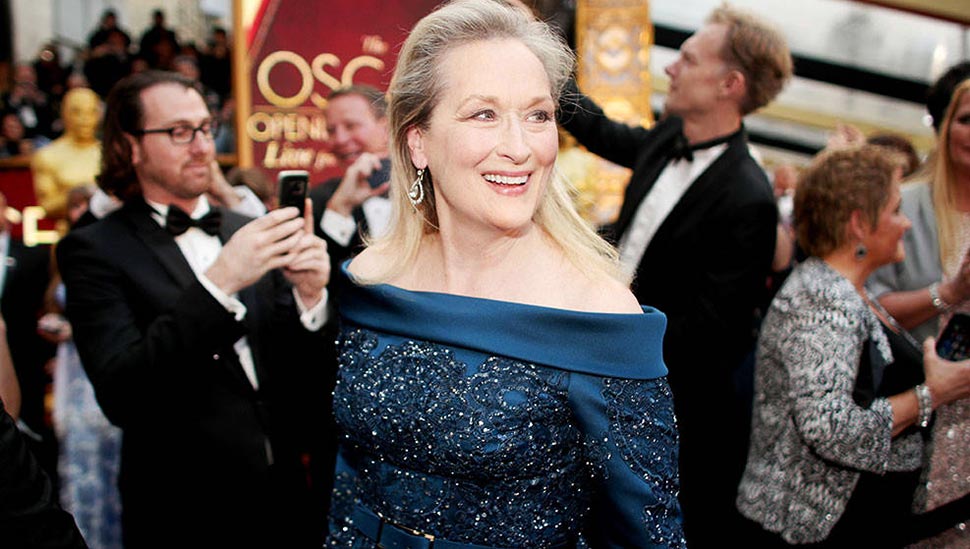 A day after her fashion feud with Karl Lagerfeld, Meryl Streep made her entrance at this year's Academy Awards in an embellished satin Elie Saab.

In case you missed it, the French fashion house's creative director said in an interview with Women's Wear Daily that Meryl had demanded to be paid to wear one of his gowns on the red carpet. "A genius actress, but cheapness also, no?" Yikes.

What makes things even worse, though, is that it was all apparently a misunderstanding.

In a later statement to The Cut, Karl clarifies: "Chanel engaged in conversations with Ms. Streep's stylist, on her request, to design a dress for her to wear to the Academy Awards. After an informal conversation, I misunderstood that Ms. Streep may have chosen another designer due to remuneration, which Ms. Streep's team has confirmed is not the case. I regret this controversy and wish Ms. Streep well with her 20th Academy Award nomination."

Clearly, Meryl is not one to pick a fight with, because the actress retailiated with a scathing response.

In a statement to WWD, she said, "In reference to Mr. Lagerfeld's 'statement,' there is no 'controversy': Karl Lagerfeld, a prominent designer, defamed me, my stylist, and the illustrious designer whose dress I chose to wear, in an important industry publication. That publication printed this defamation, unchecked. Subsequently, the story was picked up globally, and continues, globally, to overwhelm my appearance at the Oscars, on the occasion of my record breaking 20th nomination, and to eclipse this honor in the eyes of the media, my colleagues and the audience. I do not take this lightly, and Mr. Lagerfeld's generic 'statement' of regret for this 'controversy' was not an apology. He lied, they printed the lie, and I am still waiting."

The devil may wear Prada, but she certainly won't be wearing Chanel anytime soon.

The Most Surprising Twinning Moments At The Oscars 2017 Red Carpet

The Most Showstopping Jewels At The Oscars 2017 Red Carpet