Meghan Markle's Engagement Ring Was Designed by Prince Harry Himself

It even has diamonds from Princess Diana’s personal collection. 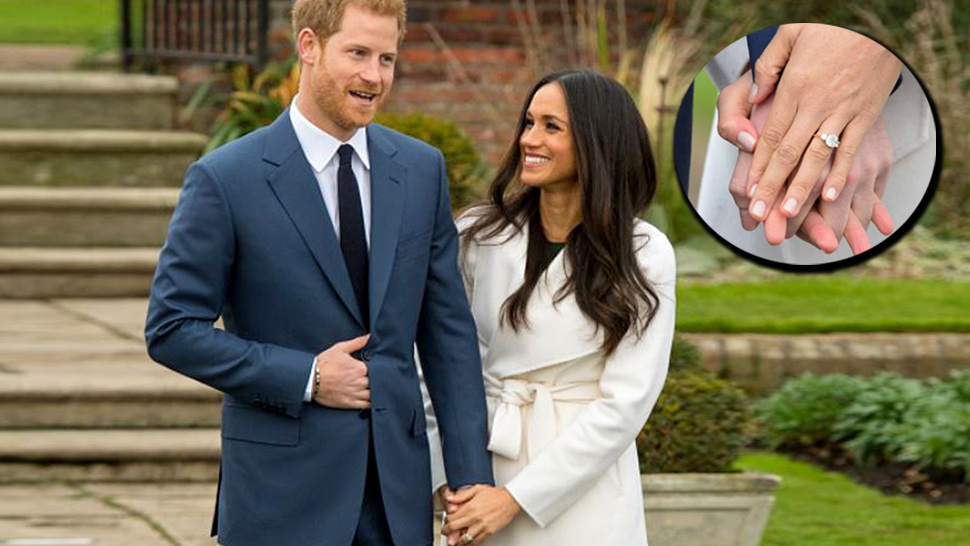 It’s official: England’s most eligible bachelor is now off the market! Prince Harry, fifth in line to the throne, and Meghan Markle, an American actress best known for her role in the legal drama Suits, are scheduled to finally tie the knot next spring. Clarence House has released a formal announcement yesterday, November 27.

After dating for over a year, Prince Harry and his now-fiancée Meghan have made their first public appearance as an engaged couple at the Kensington Palace. Clad in a pristine white coat that befits a royal bride-to-be, the 36-year-old actress, humanitarian, and women’s right activist also debuted her stunning engagement ring. Naturally, everyone couldn't take their eyes off her left hand—that said, we list down the three most important details you need to know about the ring! Read all about it below.

1. It was designed by Prince Harry himself.

While many have predicted that Prince Harry will be proposing with the queen’s engagement ring, the young royal instead opted for a custom design which he clearly put a lot of thought into. Set in bespoke gold, the three-stone engagement ring bears heartfelt details that make it a thoughtful amalgam of the classic and the traditional British.

2. The center diamond is from Botswana.

The engagement ring is composed of a trio of diamonds, the center of which hails from Botswana, a country in Southern Africa that holds a special meaning for the couple. It’s a place that the Prince has visited since he was a child, and most recently, the two were also there for a romantic trip during the summer to celebrate Meghan’s birthday.

3. The two surrounding stones are from the late Princess Diana’s collection.

Truly an aww-worthy detail that’s not to be missed, the center diamond in Meghan’s engagement ring is flanked by two other stones that are apparently from an old brooch owned by Prince Harry’s late mother Diana, Princess of Wales. The groom-to-be brought them to Cleave and Company, a court jeweler and medalist to Queen Elizabeth II, which makes use of traditional goldsmithing skills.

Really, we couldn’t think of a more symbolic ring to propose with. Cheers to the happy couple!

Prince Harry's Got A Green Thumb

The Iconic Mikimoto Crown Is Back In Miss Universe