We look back on her many contributions to Philippine fashion. 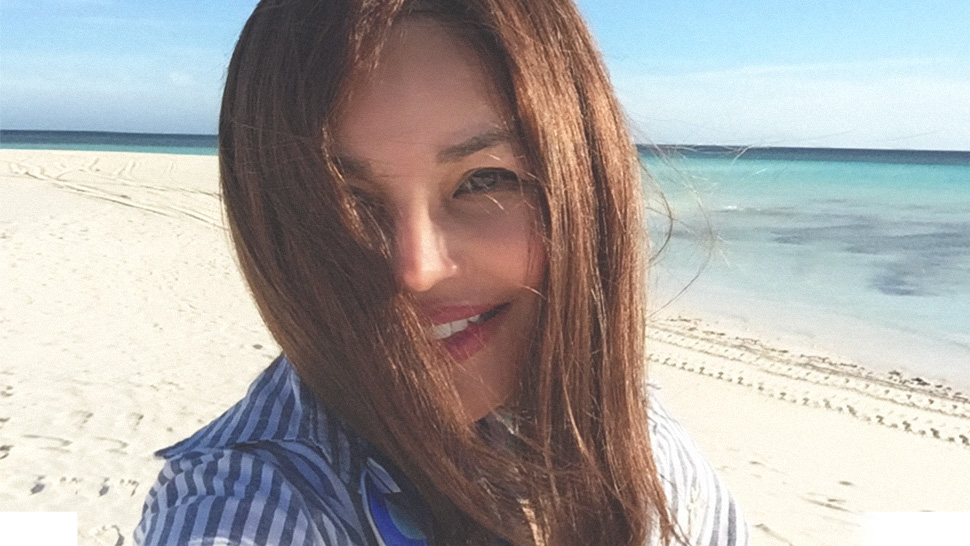 The Philippine fashion industry has lost one of its pioneers with news of the death of One Mega Group, Inc. founder and chairman Sari Yap. With a career that spanned nearly three decades, Sari made numerous contributions to Philippine fashion. Today, we speak to a few insiders who worked closely with her, remembering a number of her milestones through the years.

Mega: The first fashion-centric glossy magazine in the Philippines

She published the country’s first fashion glossy, Mega magazine, together with founding editors Lorraine Belmonte and Liza Ilarde. In a video interview produced for the magazine’s 25th anniversary, she said she named their first publication Mega with the vision that the magazine would one day go global. The maiden issue hit newsstands on February 1992 with model Gerone Olocrisimo on the cover.

"When I first joined Mega in 1993, my plan was to try it out for a few months. I ended up staying for 12 years,” shares former Mega Editor-in-Chief Liza Ilarde-Cuenca. "I hit the ground running as its fashion editor, but one that was bound by rules. It’s no secret that Sari was then a member of Opus Dei, which has an ultra-conservative view on clothing. She certainly challenged me every month, as I styled the fashion editorials. I can still hear her mantra: 'We are teaching women how to dress, not to undress.'

"It seems like such a lifetime ago when I think back to my days in Mega (I left in 2005). But what will always remain are the lessons we learned, the friendships we formed, and the memories we made. To Sari, I will always be forever grateful."

Preview’s first Editor-in-Chief, Leah Puyat, shares what it was like working as an editorial assistant under Sari’s guidance during Mega’s first year: "She was extremely hardworking. One morning, I came in and found her still wearing the dress from the day before because she had literally pulled an all-nighter. On my first location shoot, she called me into her office and told me that I had to make sure the models weren’t forced to pose in ways that might be too uncomfortable or too revealing for them. On my third issue, she told me, ‘From now on, you’ll be in charge of all the captions in the magazine. Don’t think it’s a small job because that was Grace Coddington’s first assignment at Vogue,’ which really gave me a lift and a strong sense of pride and ownership in my work."

Myrza Sison, who was a celebrated model before she joined Preview as its first fashion editor, also graced Mega's cover. "I was the fifth cover girl of Mega, and being so had become a milestone for every model’s career," she shares "I didn’t meet Sari until after I retired from modeling three years later, but it was her brave and tireless efforts that paved the way for us to launch Preview in 1995. Sari was always so nice and gracious. We will forever be inspired by and grateful for her strides and innovations in the publishing and fashion industries.”

Today, Mega is helmed by Peewee Reyes-Isidro, who took the reins in September 2013. She credits Sari as a mentor and friend. In the age of new media, the title has expanded beyond the pages of print to television and digital media.

She started the Mega Young Designers Competition in 1994 as a platform to discover new talent. In the aforementioned video, Sari shared that “the winners of the competition had to manifest that very clear identity that was not only personal but also national. Otherwise we would just be a copy of what was going on outside.” Dubai-based designer Furne One was the first winner and others who have competed in the event are successful designers, like Rajo Laurel, Mich Dulce, Ivarluski Aseron, OJ Hofer, and Patrice Ramos-Diaz. When the brand began its foray into television, the Mega Young Designers Competition was among the shows produced in the reality show format.

Rajo Laurel shares how Sari was instrumental in his fashion career even beyond the Young Designers Competition: “My memory of Sari Yap was kind of special. The year was 1993 or 1994 and I had just gotten back from design school in New York. Essentially, she gave me my first job in the industry. I was an illustrator in Mega, and she even gave me my own few pages called ‘Style File.’ I will be forever indebted to that opportunity that really opened a lot of doors and a lot of blessings. I have very fond memories of Sari, especially when she would have her dresses made because she had this enlightened glow around her. She would give me advice about how to improve life, and how to live it with purpose and clarity. I will miss her very much."

From Pinoy Pride to The New PH

Sari invited Tim Yap to be the guest editor of the June 2013 issue. “To launch the issue, which was Filipino themed, I thought of doing the Mega Pinoy Pride Ball to celebrate the annual achievements of global Filipinos,” he recounts. “It is meant to be a yearly manifesto of how we could recommit to the cause of nationalism. Sari loved it and gave it full support. It was our first collaboration and the first ever Mega Pinoy Pride Ball.”

The issue had two covers featuring singer Regine Velasquez-Alcasid and actress Giselle Toengi. Among those honored that first year were Visionnaire magazine founder Stephen Gan, Ingrid Chua-Go, who was one of the first Filipina fashion bloggers to hit the international circuit, and designer Jerome Lorico, who at the time had landed a spot in Alexander McQueen’s design team.

The event has since evolved to include The New PH campaign on social media wherein members of the fashion industry post a portrait of themselves with their commitment to being part of a better brighter Philippines.

The September Issue: A Glimpse into Making Mega

September has always been a big month for fashion, and Mega has made a tradition out of photographing their fashion month cover stars abroad. Bianca Gonzalez was photographed in Moscow in front of Saint Basil’s Cathedral in 2011, while KC Concepcion’s cover was timed for the London Summer Olympics in 2012.

Photographer Mark Nicdao was called upon to shoot most of these covers. He shares how in 2005 the powers-that-be at Mega—Sari, Lorraine Belmonte, then Editor-in-Chief Carla Sibal, and Creative Director Michael Salientes—took a chance on a photographer with two years of experience and brought him to Paris, his first out of the country trip, to photograph the late Helena Belmonte in the Baccarat museum for a three-part cover. “I knew at the time that my life had changed,” says Mark. “Not a lot of people can give you that kind of trust. It’s huge and it grew over the years as they would call me to photograph their September covers abroad.”

In 2016, he traveled to Greece with Sari to photograph Nadine Lustre and James Reid for the September cover. “Sari is very quiet and straightforward, but we had a chance in Greece to have a great talk with each other, one that I would say was spiritual,” Mark shares. “It’s something I will never forget that changed my outlook on life. She is an iron butterfly with a soul. I am forever grateful to her.”

When Emmy award winning TV producer Mike Carandang moved back to the Philippines from the U.S., Sari was quick to collaborate with him to develop TV shows and videos. They began the Making Mega documentary series for the September 2013 issue featuring Anne Curtis in South America. The hour-long show gave the readers a glimpse into both the glamour and hard work that went into producing the September issue. It has since featured other celebrities such as Kathryn Bernardo and Daniel Padilla, Maine Mendoza and Alden Richards, Nadine Lustre and James Reid, and Vice Ganda.

“Sari wasn’t just a boss. She was a mentor, a friend, and a life coach,” shares Mike. "As the head of TV100, One Mega Group’s TV department, I was privileged to have her as my subject through documentaries such as Making Mega and TV shows like Mega Fashion Crew and Mega Young Designers Competition. One of the greatest lessons I learned from her took place the day before our cover shoot with Anne Curtis in Machu Picchu. While everybody in the team felt hopeless because nothing that was planned was working out, she said, ‘When things seem to be falling apart, it’s actually falling into place.’ In the middle of chaos, we learned to pause, breathe, and let the universe take its course. Because of that, we were able to produce one of the most iconic covers for Mega. Sari’s wisdom and vision were unparalleled and she knew how to bring out the best in people."

The Philippine fashion industry is small in comparison to the machinations of the global capitals, and the circles that run through it are closely wound. “During our time as editors, Sari and I were never close, but I had the utmost respect for her as a colleague,” shares former Preview Editor-in-Chief Pauline Juan. “She kept me on my toes and made me a better editor, and, in effect, made Preview a better magazine.” Today, we remember a woman who devoted her career to pushing local fashion talents, ideals, and creativity forward.

Here's How Style Stars Are Wearing Their Dior Monogram Bags

Is Anne Curtis Going To Wear Michael Cinco To The Abs-cbn Ball 2019?