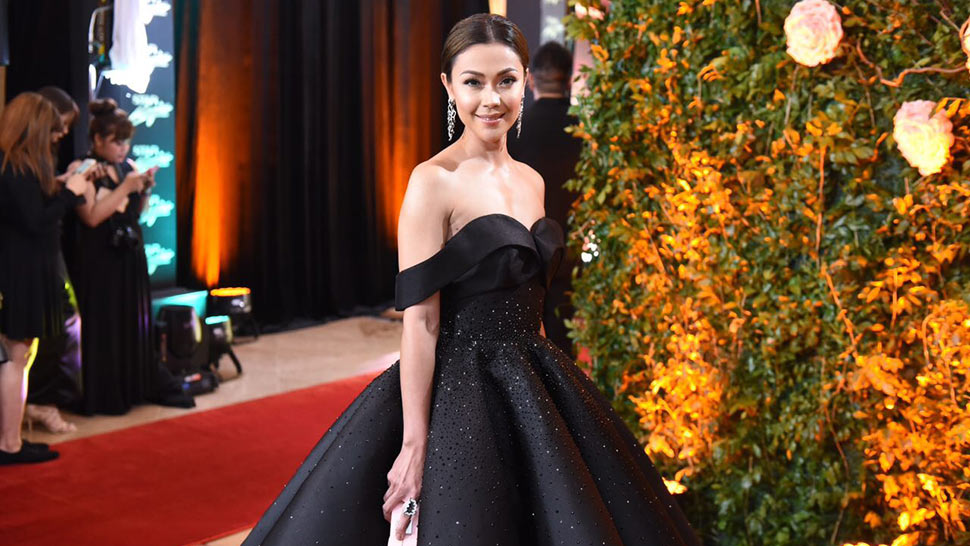 The steady rise of Mark Bumgarner as one of the most in-demand designers today is credited to many things—his origin as a racecar driver, his signature ball gowns and bows, and his rapidly-growing list of celebrity clientele. His grand, timeless designs have already made him a go-to for black-tie events and bridal attire for women here and abroad. However, being still relatively new to the industry, it's clear that he has so much more under his sleeve and has more milestones to hit.

In light of the upcoming Star Magic Ball (in which he is reportedly dressing Maymay Entrata and Janella Salvador), we rounded up the few yet noteworthy appearances of Mark's work on the red carpet. Keep scrolling for a quick throwback! 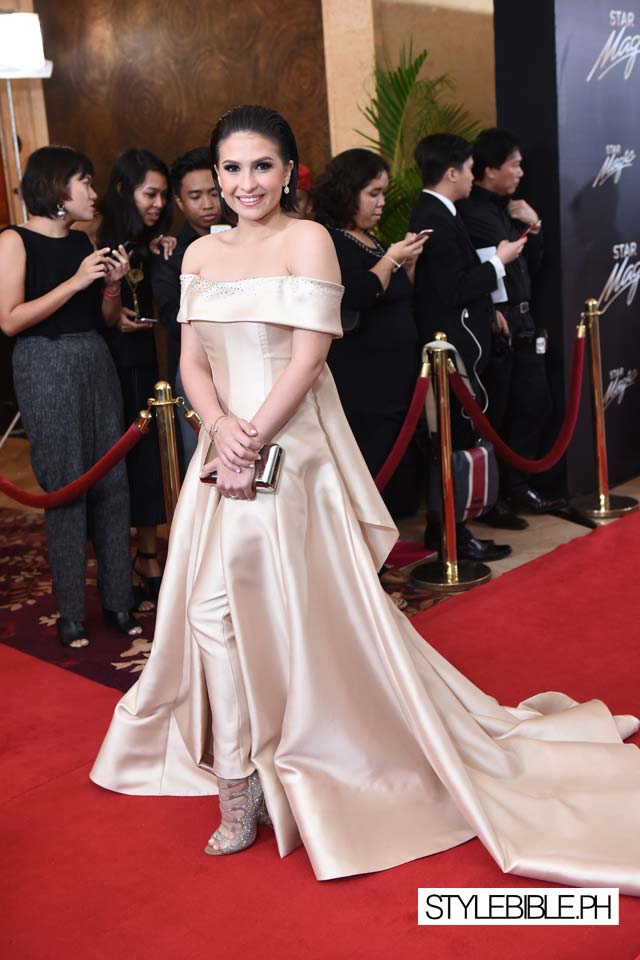 One of the earliest sightings of a Bumgarner creation on the Star Magic red carpet was back in 2015 on Tippy Dos Santos. Mark created this champagne dress with a high slit for the Filipino-American singer, revealing a pair of trousers underneath. Even then, the designer's love for subtle beading was evident, as seen on the dress' gleaming neckline. Juxtaposed against a feminine silhouette, her slicked back hair gave her look some subtle edge. 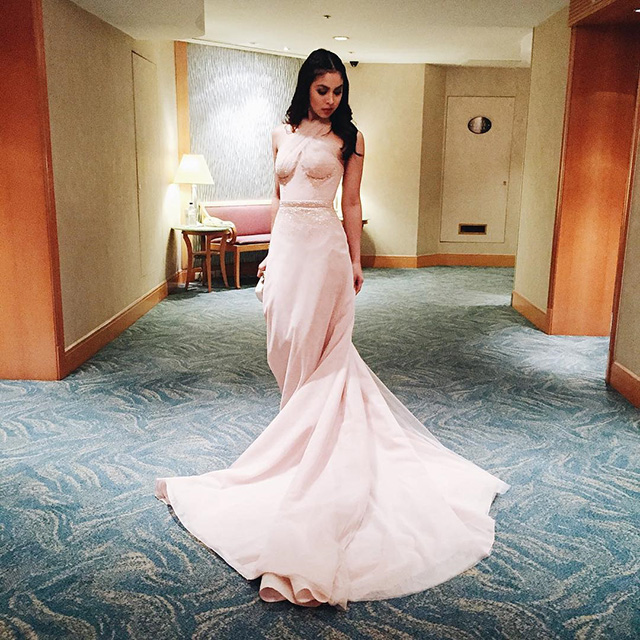 In the same year, Mark created two looks for Julia Barretto. The theme was nude, pink, and champagne, so he crafted this sparkling number for the actress that reminded us of that red carpet moment Rihanna had at the 2013 Grammys. The sheer halter detail could be polarizing for some, but it was an unexpected risk taken by Julia, and we think that warrants some applause. 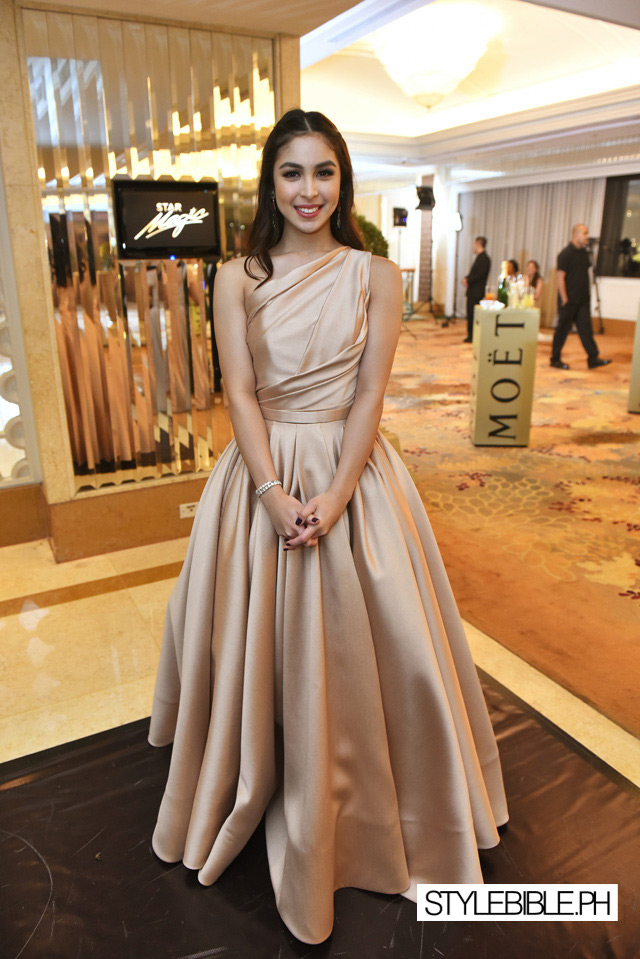 For her second look, Julia wore this asymmetric nude gown for the cotillion. The voluminous skirt is heavily reminiscent of the designer's more recent work, but this minimal blast from the past is just as photogenic. 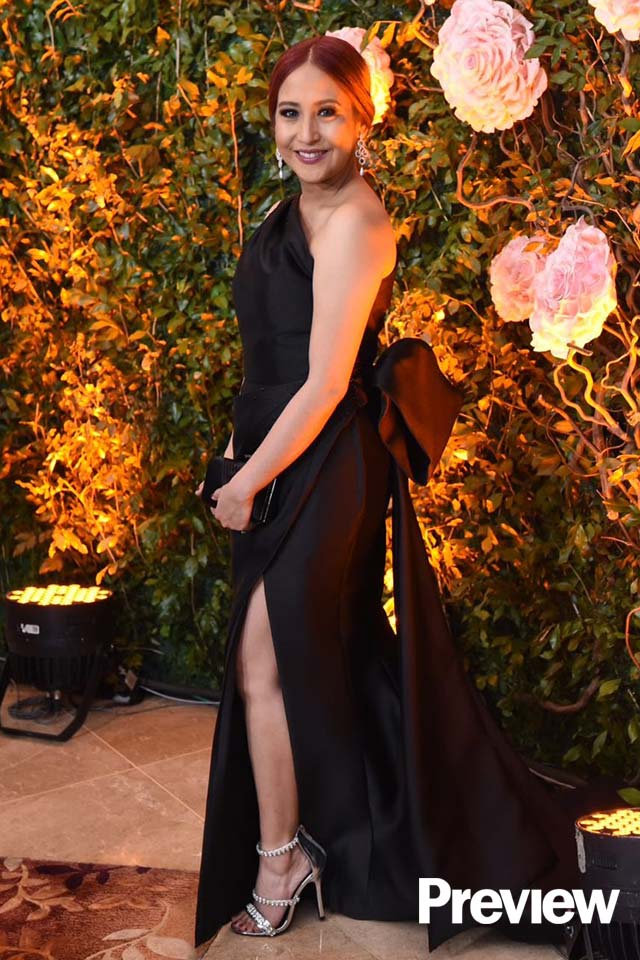 Just last year, Jolina Magdangal stood out on the red carpet not because of her red hair, but with what we call the Bumgarner Bow. The subtle waist-cinch from the bow showed off her curves, while the subtle thigh slit added a bit of height and became the perfect avenue for flaunting a shiny stiletto. 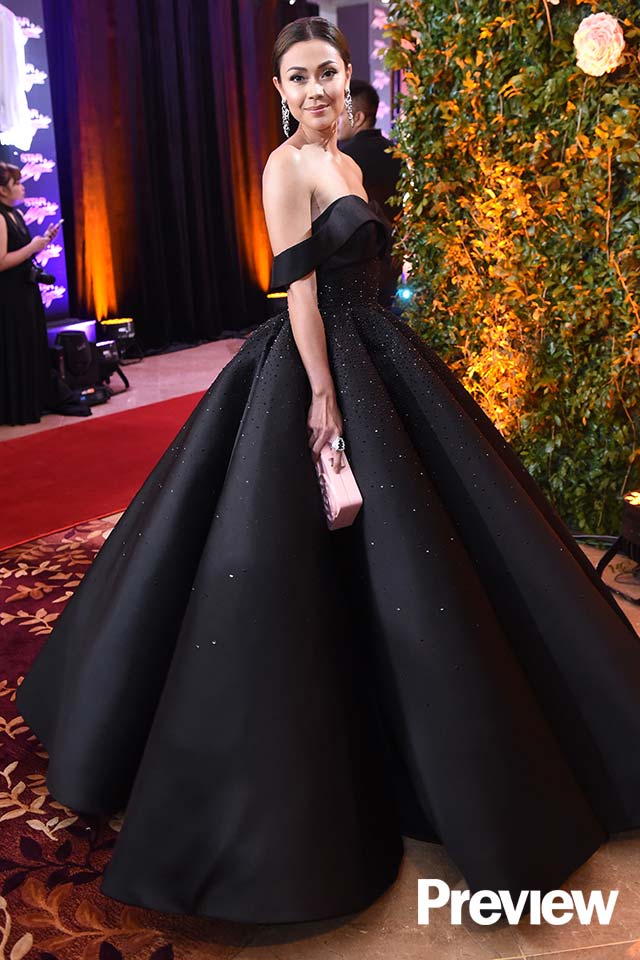 Of course, this list wouldn't be complete without Jodi Sta. Maria's show-stopping ball gown from last year. The intricate beading highlighted the divine structure of the dress, making it even more enchanting than it already was. In fact, it was too dazzling to not include on our best-dressed list, and taught us that a Bumgarner original is always better worn with your hair up to fully appreciate his work.

Are you ready to see Mark's creations for this year's ball? Sound off in the comments below!

What If Your Fave Celebs Wore Runway-Fresh Designer Gowns to the Star Magic Ball?

Let These Instagram Girls Be Your Parisienne Summer Style Pegs

Lotd: Here's A Perfect Example Of Why Trousers Are So Not Boring