Local Celebs Join In The #icebucketchallenge

It's our local stars' turn to sport dripping wet clothes for a good cause. 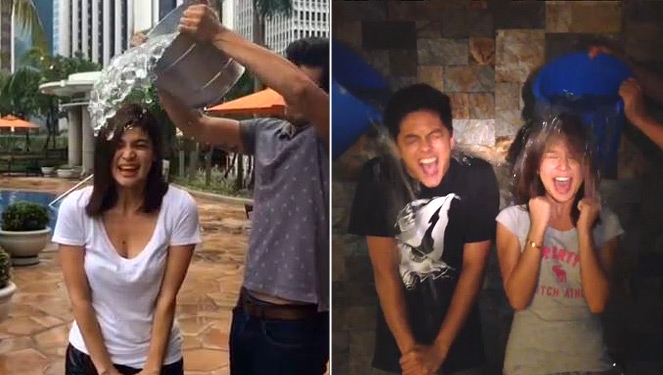 It's our local stars' turn to sport dripping wet clothes for a good cause.
Shares
Share
Tweet
Comments

As silly as it may seem, you can’t deny how funny it is to watch Hollywood celebrities and even fashion authorities dumping a bucket of ice over their heads. And now to keep the thread rolling, we’ve spotted some of our local celebs who are also taking on the #icebucketchallenge and spreading it like wildfire to encourage donations for the ALS Association. They may not be dressed to impress for these Instagram videos, but considering how it’s in fact for a good cause, we can’t think of anything more fashionable and double tap-worthy than their dripping wet clothes. That said, why don't you scroll down and take a look?

The Queen of all Media surprised everyone when she accepted actor Derek Ramsey’s ice bucket challenge, and you know what’s even more amusing? Kris Aquino dared to do it live during her Sunday talk show where her son Bimby and co-host Toni Gonzaga both managed to get her LBD all soaked up.

From Billy and Coleen, another It’s Showtime host takes on the challenge. Here’s Anne Curtis who had boyfriend Erwan Heussaff dump on her a bucket of ice.

In response to Anne's nomination, next in line were Angel Locsin and Luis Manzano who used pool water instead of tap. Conserving water while contributing to the ALS movement, we're guessing that makes two good deeds in one challenge. Not bad at all, don't you think?

Even the Teen King and Queen did not escape the challenge. Nominated by Kris Aquino’s good friend and ABS-CBN writer Darla Sauler, Daniel Padilla and Kathryn Bernardo both braved a bucketful of freezing water as a team.

From #KathNiel to another couple, the ice bucket challenge was passed on to Daniel’s uncle Robin Padilla and his wife Mariel Rodriguez who preferred to seal the deal in her pajamas.

Also nominated by the teen pair were celebrity sweethearts Angelica Panganiban and John Lloyd Cruz. Angelica promised to post theirs as soon as Lloydie returns from his out of town trip, but as we wait, here’s one we spotted on her Instagram account where she's taking on the challenge solo.

Moving on to another celebrity couple, we also have Bea Alonzo and Zanjoe Marudo hopping on to the bandwagon. And as you can see, they were both dressed in black and with their game faces on.

In her monokini and white denim shorts, this time we have Bianca King getting herself soaked from the ice bucket challenge and passing it on to her “sosy sisters” Rhian Ramos, Heart Evangelista, and Solenn Heussaff.

Don’t we all love a gutsy girl? Here’s Rhian Ramos delivering her end of the deal and looking like she’s ready to get drenched in her tank, shorts, and pair of slippers.

So, are you now up for the #icebucketchallenge? Don’t forget to tweet us @stylebibleph! 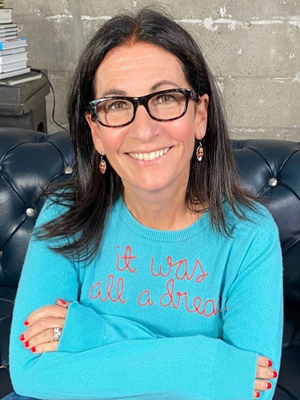 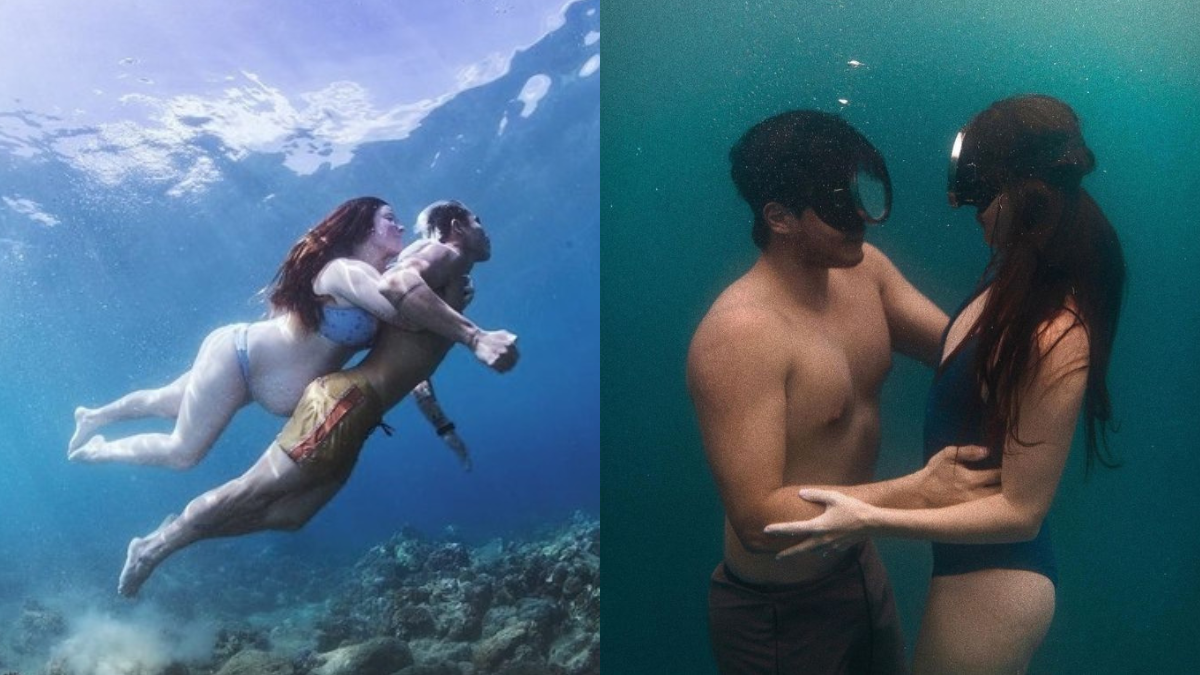 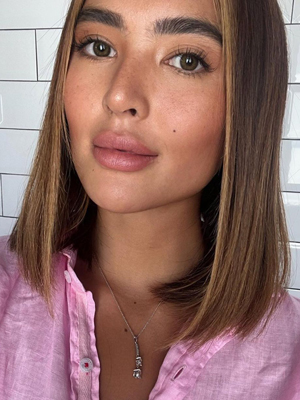 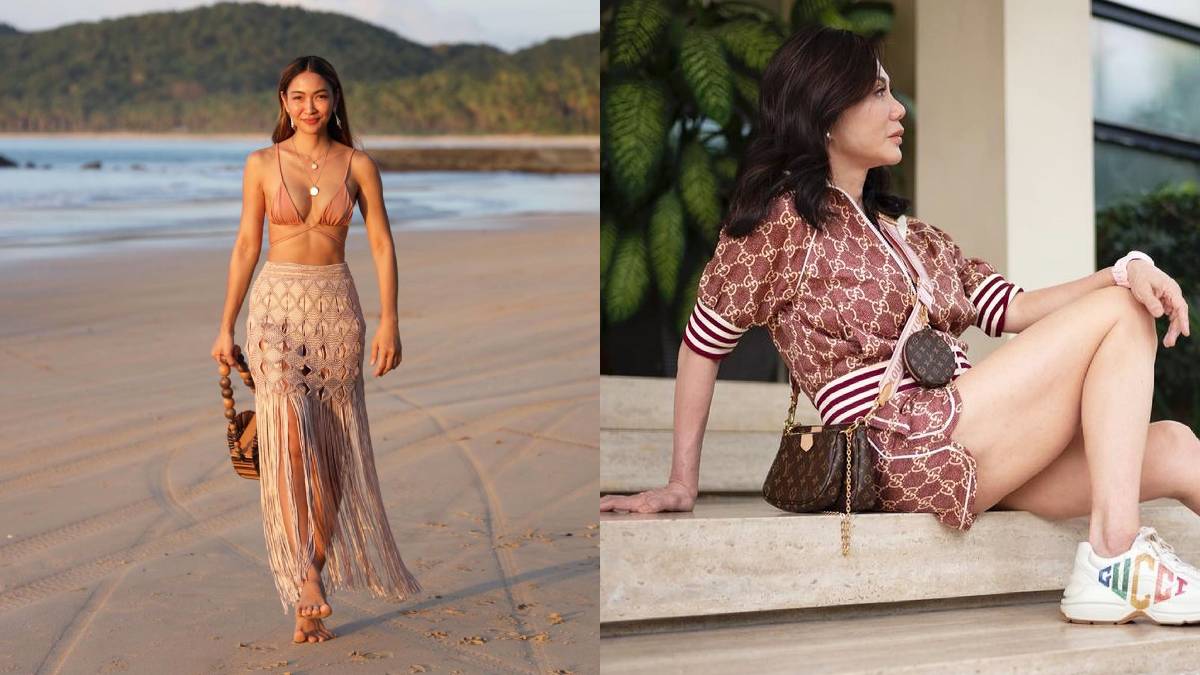 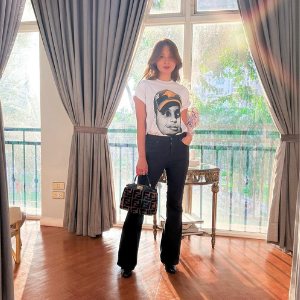 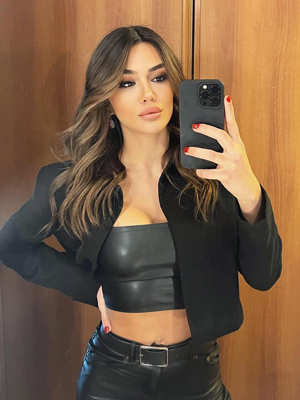