JUST IN: Jinkee Pacquiao Is One Glamorous Ninang at a Wedding Wearing Accessories Worth at Least P10 Million|Read more »
Fashion | By Maura Rodriguez - Oct 5, 2020 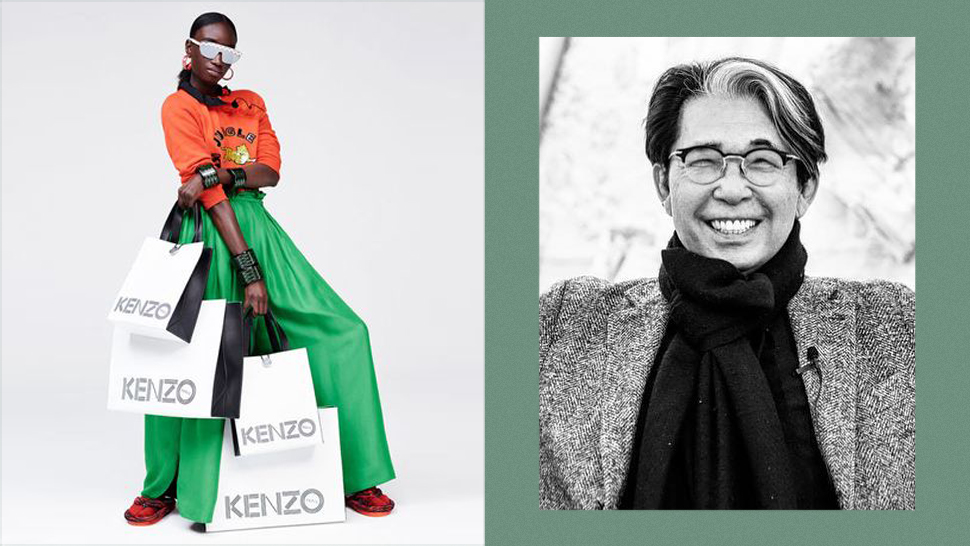 IMAGE Instagram/kenzotakada_official, H&M
The fashion industry has lost yet another iconic designer.

The fashion industry is currently mourning another great loss amongst its pool of greats. Kenzo Takada, the founding designer of Kenzo, has reportedly died at the age of 81 in a hospital in Paris. He was diagnosed with COVID-19.

The fashion house released an official statement regarding his passing and it reads:

“AN ODE TO OUR FOUNDER

It is with immense sadness that KENZO has learned of the passing of our founder, Kenzo Takada. For half a century, Mr. Takada has been an emblematic personality in the fashion industry—always infusing creativity and color into the world. Today, his optimism, zest for life and generosity continue to be pillars of our Maison. He will be greatly missed and always remembered.

‘It is with great sadness that I have learned the passing away of Mr. Kenzo Takada. His amazing energy, kindness, talent and smile were contagious. His kindred spirit will live forever.

Mr. Takada’s official Instagram account also posted a tribute alongside a black and white photo of the designer brimming with joy. The caption reads:

“It is with great sadness that we have learned that our dear friend Kenzo Takada passed away today. He was an inspiring and prodigious creator and we were proud to collaborate with him. We will always remember his smile and joie de vivre. The fashion, design world and all of us are mourning him tonight and extend our sincere condolences to his loved ones.”

Kenzo Takada sold his namesake label to LVMH back in 1993. The deal was reportedly worth $80 million according to Business of Fashion, and has only recently developed a luxury home and lifestyle brand called K3. Kenzo was one of the Japanese designers along with Rei Kawakubo and Yohji Yamamoto to spearhead East Asia fashion in Europe. Since his departure from the brand, designers Antonio Marras and duo Carol Lim and Humberto Leon have helmed the house.

Locally, Kenzo’s collab with H&M back in 2016 has created a significant buzz for the brand amongst Filipinos. Currently, former Lacoste Creative Director Felipe Oliveira Baptista is Kenzo’s lead designer.

You will be missed, Takada-san.