ICYMI: All the Times Bea Alonzo Had the Best Clapbacks to Bashers|Read more »
Fashion | By Steph Sison - Sep 27, 2018

Which is your favorite look? 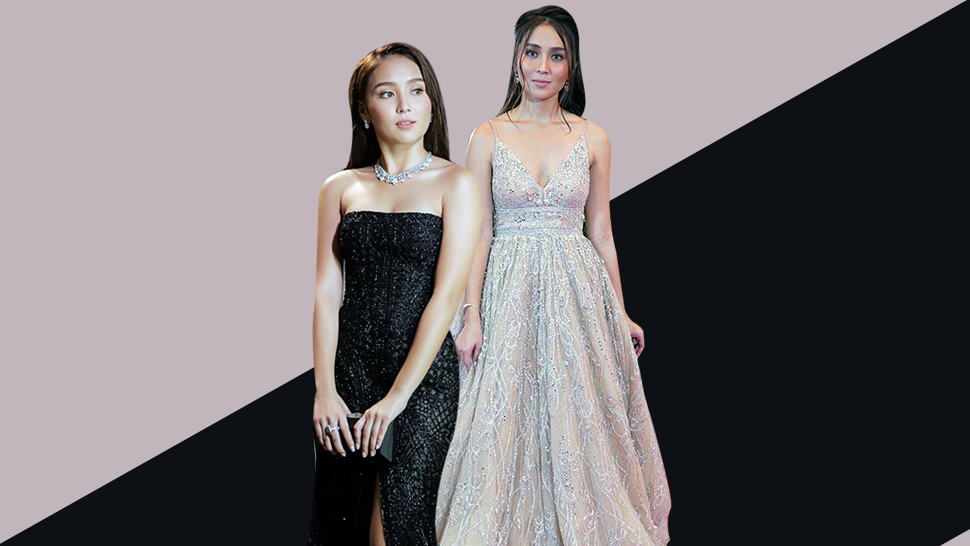 The ABS-CBN Ball (formerly called Star Magic Ball) is just around the corner. And while we wait with bated breath to find out how Kathryn Bernardo will wow us this time around, here's a look at her previous red carpet looks through the years. Below, we trace it back all the way to 2010 and see how far she's come. Keep scrolling!

Kathryn's first two years attending the Star Magic Ball summed up her style mantra as a child star: Never be afraid to try new things. Here, the young actress experimented with different style accents and chose a black-and-white frock in 2010 followed by a blush-hued sweetheart neckline strapless gown in 2011. From an exaggerated bow on her shoulder to a bejeweled headband in her hair, Kath's young age never hindered her from having fun with fashion.

Kathryn and her date, Daniel Padilla, were given the Star Magic Ball Breakout Style Award. The rising star received it clad in a strapless bedazzled frock. 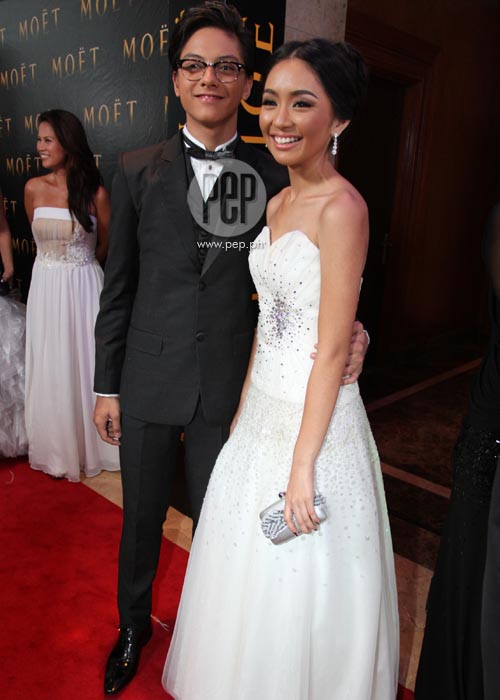 The following year, she sashayed down the red carpet wearing a beige Francis Libiran trumpet dress. Kathryn's choice of gown had a sparkling bodice cascading into a pool of tulle. She completed her look with a low bun and side-swept bangs. 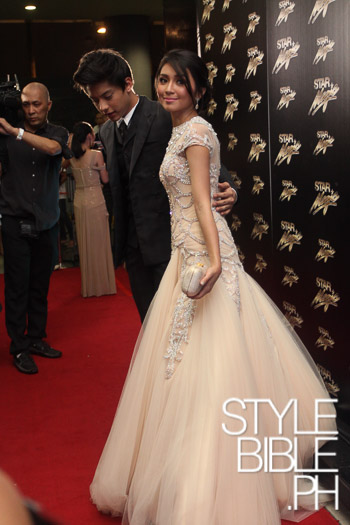 Back in 2014, Kath sported some subtle sartorial changes. She chose a white feathery frock by Albert Andrada, a delicate look she balanced out with red rouge on her lips for a touch of glam. She also let her shoulder-grazing hair down and opted for a wavy lob—the trendiest hair style at the time!

Kathryn continued her white gown streak but kept things interesting by selecting a different (and dare we say a little more grown up) silhouette. Here, she wore a custom white Michael Cinco laser-cut sheath gown. The backless number was a welcome surprise as Kathryn was known to favor princess-like dresses.

In the same year, Star Magic's love teams participated in a cotillion dance, in which Kath donned a gold embellished cocktail dress by Patricia Santos. The A-line tea-length frock highlighted the actress' slim waist and at the same time allowed her to move around without any fuss. 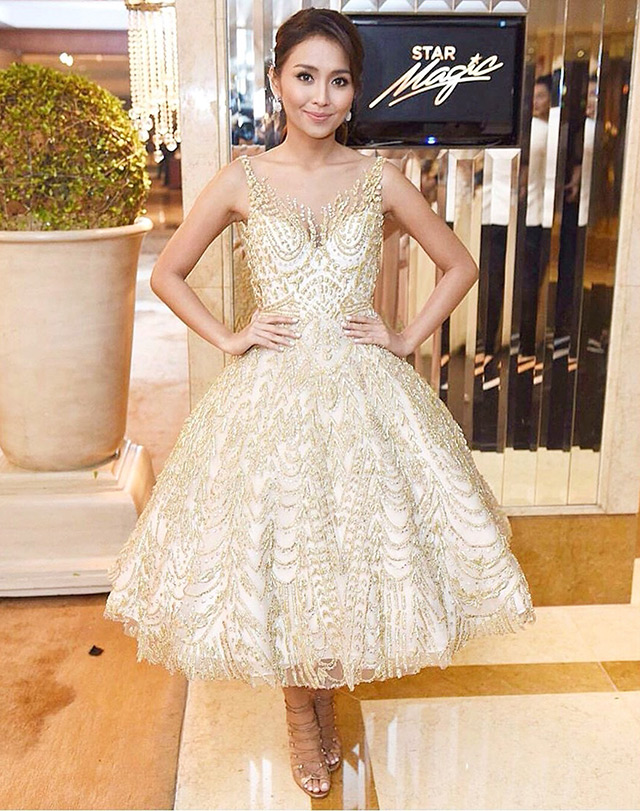 Kim and Boop Yap Dressed Up Kathryn Bernardo for the #9thStarMagicBall

Kath pulled a major style milestone when she arrived at the 2016 Star Magic Ball clad in a black Michael Cinco dress. The strapless gown was embellished with black Swarovski crystals and paillettes, featuring an Angelina Jolie-esque high slit that showed off her slinky bejewelled black Stuart Weirtzman heels. Her wet hair 'do was also refreshing to see on the Teen Queen.

Dressing Up with Kathryn Bernardo at the Star Magic Ball 2016

Kath's black swan moment may have been short-lived, but that doesn't mean she didn't awe us with her latest Star Magic Ball look. Last year was probably her most elegant look yet, wearing a fully embellished Patricia Santos creation that showed off her décolletage. We're also glad she kept her long locks in loose waves, tying her whole look together and keeping things extra chic.

We can't wait to see Kath's look for this year. Will we see another sultry gown on the Queen of Hearts or will she go with a modern princess frock? What do you think?

LOTD: Kathryn Bernardo Will Make You Want to Wear a Plaid Suit

LOTD: Kathryn Bernardo Proves You Can Casually Wear Your School Shoes Out

The Internet Is Not Happy About Jachin Manere's Elimination From Asntm

Lovi Poe Is A Proud Outfit Repeater And Here's Why