The fashion greats do a great escape for the brand's teaser. 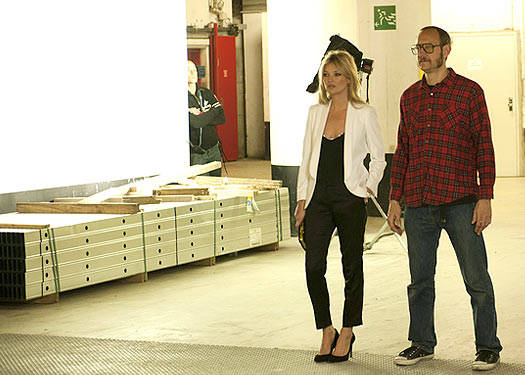 Kate Moss together with one of fashion international’s favorite photographers, Terry Richardson, has taken on the starring role in MANGO’s 2-minute teaser. On the latest brand she’s fronting, Kate says the MANGO woman is “a cool woman who is fully aware of the street trends.” She also said she loved working with Terry in the film adding that “It was fantastic both of us being in front of the camera, it’s a completely different sensation. I loved not being alone and having somebody to share ideas with.”

“The Great Escape” was also directed by the British model’s co-star and shows an exciting getaway scene (from what, we wonder) with the two wearing masks with Terry’s face on it. A bumpy ride in the escape van ensues wherein Kate, gorgeous from every angle even in motion, proceeds to pull outfits out of her rucksack, cheekily modeling them for the photographer.

If you look hard and replay the video over and over again, you’ll notice that they drive past Paris’ special spots—the Mini Palais, Place de la Concorde, Place de l’Alma, Champs Elysées and the Centre Pompidou. The last stop in the film was actually shot and broadcast live at the MANGO fashion show that night, allowing the guests to watch the end of the film as it happened.

The film brings new meaning to getting changed in the car en route to an event. Note to self: sexy and disheveled is the look to go for if you’re caught in the same rush.

Find a MANGO store near you >> 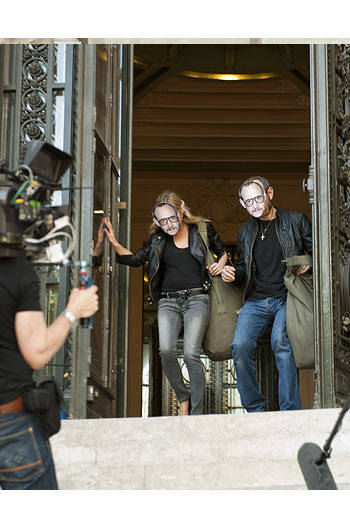