Kanye West X Adidas Originals: Who Made The Front Row?

The show featured homeless-chic and the front row.

If you live to see the apocalypse you probably would be in Yeezy Season 1—lined up in front of Anna, Bey and Kim K. Needless to say, the show proper and the front row battled for attention.

The unsubtly self-declared great artist Kanye West debuted Yeezy Season 1, his first collection in collaboration with adidas Originals on the first day of New York Fashion Week of Fall/Winter 2015.  The collection was a renaissance of Kanye West’s hand in design, veering away from his past aesthetics of hyper-luxe. The tattered sweaters, worn-in coats, nude pantyhose and bullet-proof like vest were that of post-apocalyptic dressing. The clothes reflected survival, ones that one would wear in fight or flight situations—think Kanye in Armageddon, a homeless man that could afford adidas Originals or someone deep in their #TEAMCOZY game. 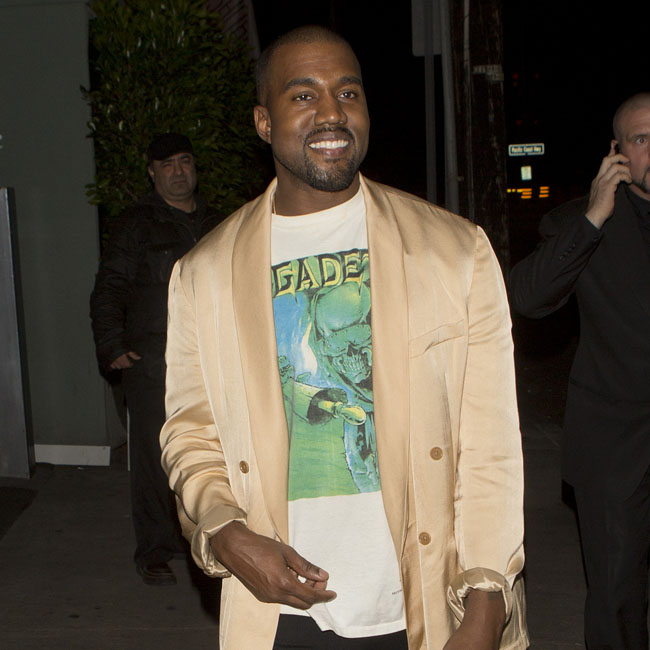 The show, which took place in an industrial space in Manhattan by the Hudson River, opened with a bizarre monologue from the 37-year-old rapper in which he urged people to "follow their dreams."

He said, "I want people to feel like it's OK to create and follow their dreams are and not feel boxed in. I want people to feel that awesome is possible. There's a lack of creativity in every field because people are afraid. As an artist in this room, we can do whatever we want. There's a series of, you know, people who like writing negative comments. They want to joke around and say, 'Why is he still trying?' I'm here to crack the pavement and make new grounds, you know, sonically and society [sic], culturally."

Kanye also took the opportunity to debut his new track "Wolves", which was co-written with "Chandelier" hitmaker Sia and Chicago rapper Vic Mensa, as the soundtrack to the show.

Though the homeless-chic pieces were a surprise, so was the moment of unveiling the collection to the public. Kanye being Kanye, he treated the audience to a full on performance art-like show. The diversity of models represented just about anyone that you would see walking down the streets; probably except for Kylie Jenner—yes, the youngest of the Kardashian-Jenner crew debuted her possible runway career in Yeezy. But the teen Jenner wasn’t the only thing that caught our attention. Anna Wintour, Beyoncé, Jay Z, Rihanna, P-Diddy and of course wife Kim Kardashian West were top front row priority. Sorry you had to sit in the second row, Justin Bieber.

All The Little Details Of Heart Evangelista's Wedding