She joins the ranks of many South Koreans with ambassadorships for luxury houses. 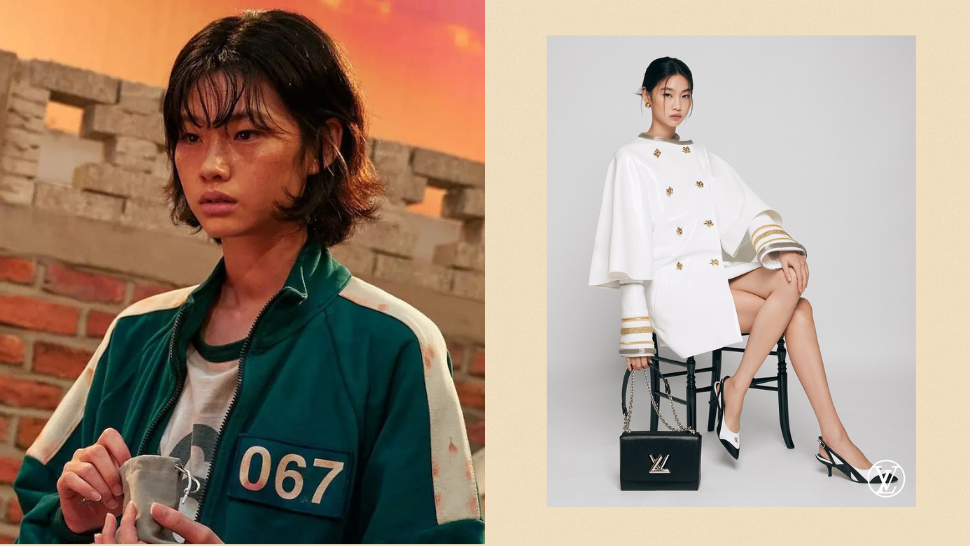 After enjoying the #1 spot in 90 countries and counting, the global phenomenon Squid Game is on course to become Netflix's most popular show of all time. Expectedly, it propelled its cast to unrivalled stardom, too.

Playing the sly Kang Sae-byeok was actually the acting debut of 27-year-old model Jung Ho Yeon. Before this huge onscreen breakthrough, she'd previously only appeared in music videos. In a matter of weeks, her Instagram account famously grew from having a few hundred thousand followers to a whopping 15.7 million, making her the top-followed Korean actress on the platform. Additionally, she had a Beauty Secrets video with Vogue that sat quietly on YouTube since its upload four years ago, but when Vogue added "Squid Game" to the title the views swiftly ballooned to 11.5 million.

Jung Ho Yeon now joins the ranks of many South Korean talents with ambassadorships for luxury houses. On October 6, Louis Vuitton revealed she had joined the house as a Global House Ambassador for fashion, watches, and jewelry. She was photographed in a saintly white poncho that resembled a papal cape, festooned with gold buttons in the shape of the brand's emblematic flowers. She also wore a pair of sultry black and white slingbacks, and toted a Twist MM handbag in the classic ebony shade. She looked absolutely glamorous–which is a far cry from her look in the megahit show.

In case you didn't know, this isn't her first time wading into Louis Vuitton waters. Throughout her modeling career she has walked for virtually every big-name brand, including Louis Vuitton. She walked for them in 2016 and appeared in an RTW campaign in 2017.

“I immediately fell in love with HoYeon’s great talent and fantastic personality, and I am looking forward to starting this new chapter of the journey we started at Louis Vuitton a few years ago," said Nicolas Ghesquière, Louis Vuitton's Creative Director.

It looks like the future is glowing brightly for Ho Yeon, and we can't wait to see what she'll be doing next.