Just another day in her life! 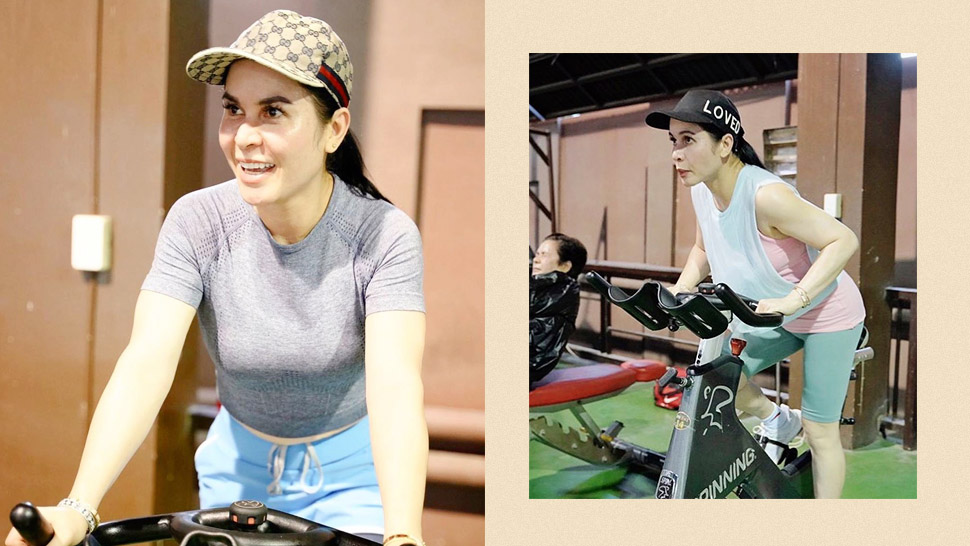 It’s no secret that Jinkee Pacquiao lives in designer clothes, but can we please talk about how much she’s been working out lately? The 41-year-old mother of five has been posting tons of photos showing her intense exercise sessions with different trainers in General Santos City. Influenced by her husband, Manny, no doubt. (Honestly, her photos make me feel like my efforts are never enough, LOL.)

Aside from her inspiring dedication to stay fit, though, another thing worth noting is her wardrobe. In true Jinkee fashion, this luxury-obsessed momma tops off her activewear with designer pieces, particularly Gucci baseball caps that give her outfits an edge. This doesn’t come as a surprise, but it might just mark another era of Jinkee designer outfits.

We first spotted her wearing one last September 3 when she posted a photo of her gym session with the caption, “Good vibes. Good life. #thursdaymood.” She capped off her grey and pale blue outfit with Gucci’s GG Canvas Baseball Hat that features the Italian brand’s signature web stripe, a cool streetwear touch to her look. Two days later, she posted more photos from the same session that features Jinkee in action—we’re talking about curtsy lunge hops and a stationary bike. It’s almost as if we were seeing photos from a sports brand’s ad campaign. They’re that legit.

According to Hypebeast, Jinkee’s Gucci workout cap was released last June 2019 along with similar designs but with a floral motif. These caps originally retailed for $270 to $315, but a look at Farfetch will reveal that they now cost $390 a pop, approximately P18,868.

Just two days ago, Mrs. Pacquiao shared another workout post to show that her training is far from over. "It does not matter how slowly you go, as long as you do not stop. #nevergiveup,” says her caption, coupled with a flexed bicep emoji. To put her game face on, Jinkee spun on the stationary bike wearing another muted outfit, but this time, topped with Gucci’s Loved Cotton Baseball Cap. Gucci doesn’t currently stock this on its website but Lyst shows that a piece could retail for $355 (approximately P17,175).

The sleek black color added a stark contrast to her look, but it sure didn’t draw the attention away from her palpable motivation.

Can someone please play “Eye of the Tiger”? Manny Pacquiao would surely jam along.

Louis Vuitton To Release Face Shields Worth Over 47,000 Pesos