Minimalist yet big on thought and impact. 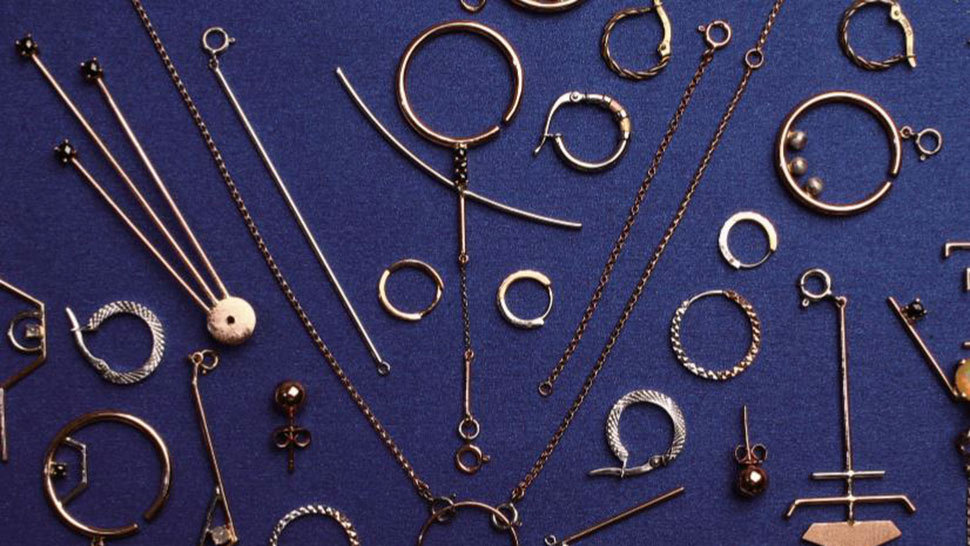 Two jewelers offer a well-wrought approach to the finer points of ornamentation. Minimalist their jewelry may be, but they’re big on thought, execution and vision. Meet Isabel Gatuslao and Annette Lasala Spillane, the brains behind brands Lluc and TARA respectively.

Isabel Gatuslao spells out a humble perspective to adornment.

Her first encounter with jewelry was as a little girl accompanying her mother to jeweler appointments, so as she grew into a woman with an intact sense of self—honed as one of the country’s most sought-after graphic designers focused on logos and visual identity—she too looked around only to find that nothing in retail, it would appear, was made for her.

There has to be a feeling of affinity for fine jewelry, like the branding that introduces you. After all, they describe you and who you want to become. Jewelry is such a personal thing that even if you wear it for show, it is one with you; you wear it right next to your skin.

Then there are the pieces that are a little more upfront about establishing identity: alphabet jewelry. Isabel’s personal taste—low-key, clean, sensual (qualities that are consistent with everything she regards and does)—are lost on loud, squiggly typefaces. “Letterforms are so much more sophisticated than how it was being interpreted in the jewelry world,” she points out.

Being commissioned to do logo design for a jewelry brand five years ago challenged this. She later worked with them for her own jewelry, confessing, “Most of the time I’m a composed person, but when jewelry is involved, I allow myself to get a little weak in the knees.” It was only a matter of time. 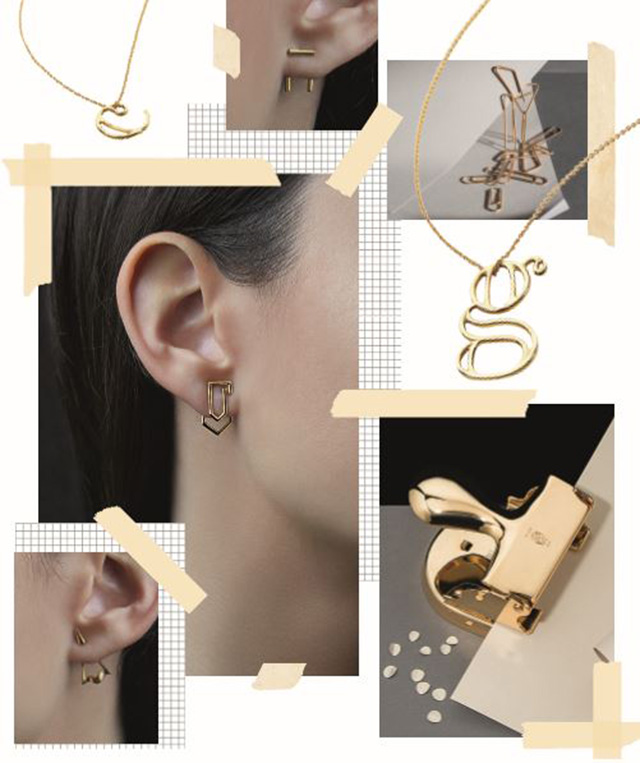 Isabel is currently based in Barcelona, where she received her master’s degree in graphic design from EINA, which offers one of the best design programs in Europe. She is now finishing her second master’s degree in advanced typography, but education by inspiration presents itself everywhere. “This place is designed for pedestrians, for you to look straight ahead (the men are gorgeous) or look up (the buildings are so well-designed) or to look down (the floor tiles are a pattern-lover’s dream). And I love food, so to be in a city where food is obsessed upon makes me feel like I hit the jackpot every single day.”

“I chose to study here because I am aligned with the essential and humble Catalan approach toward design, and not just graphic design—industrial design and architecture as well. It does not submit to the wild mess that is the look-at-me hysteria, which I find I am highly allergic to,” she says. “Barcelona has unwavering design standards; it is not patient toward ego-driven design. Work has to be thought-provoking and stripped to its essence, which I love because it forces you to think hard, see sharply and reason properly.”

Half of the time she is doing graphic design; the other half, she is working with her toughest client yet: herself, designing for Lluc—the Catalan equivalent for the English name Luke, pronounced exactly the same way—her contemporary fine jewelry line.

She sums up the intersection between graphic design and jewelry design as visual amalgamation. “If a person has a designer’s mind, he will be sensitive to all forms of design,” she says. Quoting Massimo Vignelli: “If you can design one thing, you can design everything.”

Where the frivolous and ornamental connotations of jewelry are lost, Lluc draws understated shine in being designed to be “true to concept, without artifice and in harmony with the human body,” its website describes. A high regard for shape, space, scale and typography makes each piece timeless. Every millimeter is intentional as Isabel labors through paring and removing. “Nothing is left to chance.  It’s a bit obsessive, but ironically my obsessiveness is out of my control and Barcelona just made it even more intense.”

The design is then sent to Manila to be custommade by fine jewelry artisans using adjustable Italian chains and 14-karat yellow gold, white gold and rose gold from the Philippines. “The jewelry experts I work with make suggestions outside of my ideas even when I don’t ask, and I love that,” she shares.

From studs and conches referencing paper clips and punchers for a collection called Oficina, there’s an intellectual elegance to Lluc. But Isabel is yet more punctilious in Capital, another collection of miniscule initial pendants set in a romantic 18th-century typeface. “Capital can also be quite feminine because its size is wildly miniature. Charming, really,” she observes. “Barcelona imposed on me the importance of simplicity and humility in life and in work. I’ve become extremely private and selective. It’s almost embarrassing for people to show off here,” she shares. “I once asked a cab driver why everyone is so humble in Barcelona and his response was, ‘Is there any other way to be?’” 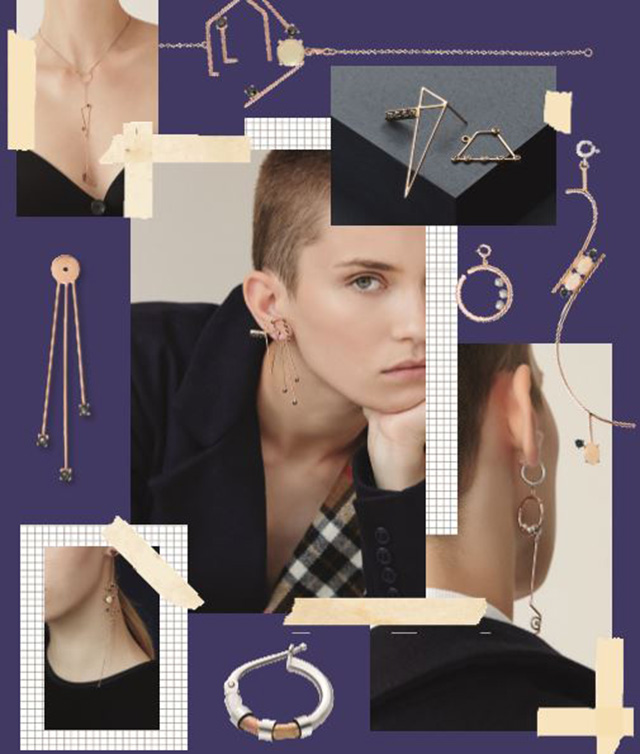 She once read that creativity is nothing more than your mind’s ability to make connections. It would thus come as a surprise to those learning for the first time that the founder and designer behind The Artisan Row Accessories, or TARA—whose superthin, modular and buildable 14-karat gold jewelry with constellation-like diamonds and opals spotted on the likes of a Louis Vuitton-clad Kim Jones in Paris Fashion Week—was once an auditor in a Big Four accounting firm in San Francisco for over a decade.

Annette reveals how she stayed creative, going on walks a few hours a week: “I pay attention to objects and try to reimagine them as something else, like railroad tracks as earrings or the birds sitting on branches as a chandelier.” She adds, “Also, I reframe complaints to open my mind up to connections. For example, ‘I hate that my mail keeps piling up in the kitchen’ to ‘How do I prevent the mail from piling up in the kitchen?’ It makes a difference, right?” One such frustration were Tupperwares upon Tupperwares of cheap, trendy jewelry she had amassed living in fast-fashion-obsessed America, and how it became a storage problem.

See, there was never a time that Annette wasn’t in love with jewelry—and lots of them. She wore a collection of pendants on a chain necklace as a kid. When she turned 18, she reworked her grandmother’s diamond ring into a chain bracelet she wears to this day. Her proclivity for piling it on carried on in coin medallions, bigger lockets and shoulder-grazing danglers. Moving to San Francisco, she recalls, “I remember one time my boss greeting me with ‘Hi, Mr. T!’ because I had all these necklaces strung around my neck.”

Like in the serendipitous fashion she got her Silicon Valley job, an opportunity presented itself through a trip to the Philippines in 2015. As a new chapter of her life loomed—she and her husband had just quit their jobs—she wanted something valuable, something she could cherish for a long time. It had to be fine jewelry, but with a bigger picture: to uplift artisans living in poverty by elevating their craft. Back at her maternal grandparents’ hometown of Iloilo, she paired up with her uncle’s nonprofit microfinance company, Taytay sa Kauswagan Inc., which shares her vision. So “The Artisan Row Accessories” isn’t just a brand name but a reminder that she and the goldsmiths are all in this together.

Her lightbulb moment brought with it a system of clasps and openware as mechanisms that allow freedom and versatility, so TARA’s studs, danglers, necklaces and rings can all be attached to each other. Made of Philippine-sourced gold and stones from Bangkok and India, the pieces give their owner the excitement of customizing jewelry that can be passed on as heirlooms in the future.

Annette took a course at the Gemological Institute of America. When designing, she pulls images from the internet (inspirations include modern architecture and modern art), sits with the ideas, then draws, erases and draws again. Lately, she has been prototyping with clay. Designing according to her moods, Annette’s latest collection bears an overarching nostalgia. “I’ve been exasperated over the amount of time spent in front of screens, having virtual conversations, and following strangers’ lives on the internet,” she reveals, bringing out of her a love song to the uncomplicated days of her childhood.

Being based in San Francisco inspires her, she emphasizes, “not so much as my muse but as the force that pushes me to take risks. Everyone knows that many global brands were born here, like Apple, Facebook, Instagram, WhatsApp, Google, Airbnb and Pinterest, but for every company that knocks it out of the park, there are hundreds of thousands of failed companies. Failure is normalized here, so people aren’t afraid of it. I think the best ideas come out of an environment like that.”

With a unique vision and an influential following, TARA has been generating a lot of buzz, but that’s just Annette laying down the groundwork. “There’s a brick and mortar in the future plans, but it won’t be a single branded concept and it won’t be a permanent fixture. I read that only seven percent of luxury products are being sold online and that it caps out at 20 percent in about eight to 10 years. That tells me that retail is not dead, it’s just not going to exist in the way that we’ve known it. How incredible is it that the new rules of retail are being written and we get to be a part of that?”

This Jewelry Collection is for the Edgy Minimalist

12 Minimalist Earrings That Are Anything But Boring

Here's Where You Can Get Slides Every Minimalist Girl Will Love