Jessy Mendiola Revealed Who Really Made Her Engagement Ring

She got so emotional. 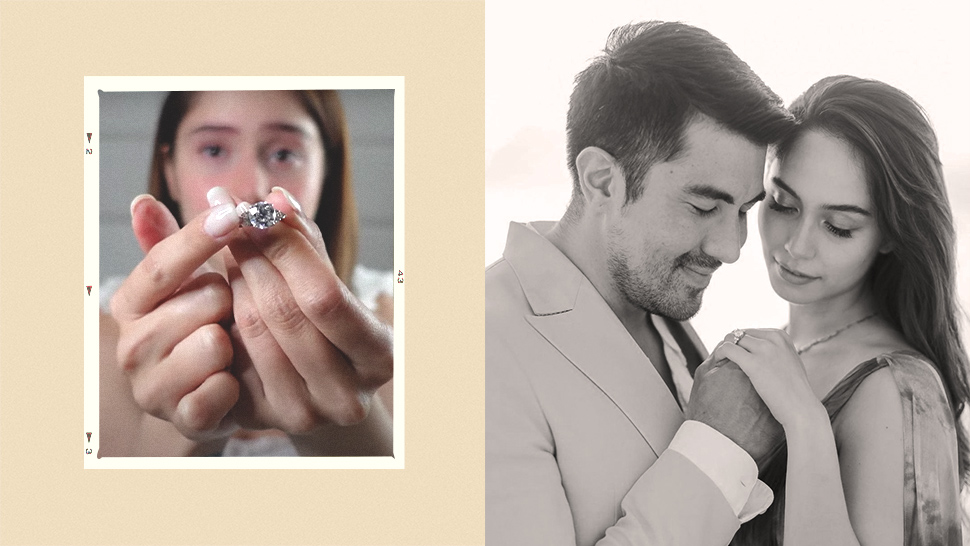 An engagement is definitely a cause for celebration, and we couldn’t be happier for Luis Manzano and Jessy Mendiola, who announced their engagement last Saturday, December 12. However, a bit of controversy clouded the joyful news in relation to her beautiful diamond ring.

In her post on Instagram, Jessy tagged Manila Diamond Studio, the fine jewelry brand that she is affiliated with as an endorser. The brand also shared 3 posts congratulating the couple with images of Jessy and her diamond engagement ring.

However, on December 13, the day after the announcement, another jeweler, Radiant Jewelry, released a statement on their Instagram account claiming that they had designed and created the ring Luis gave Jessy. They also posted a video of Luis holding a black jewelry box with a diamond ring inside it. Luis was quick to comment on this post saying that while Radiant Jewelry helped procure the large almost 4-carat diamond that sits at the center of the engagement ring he gave his fiancée, the final ring and its design were created by Jessy together with Manila Diamond Studio.

Jessy Tells the Real Story Behind Her Ring

Last night, Jessy revealed the real story of her engagement ring and it’s true maker in an emotional vlog post in her YouTube channel.

“Luis had the ring made last year, September 2019,” said a tearful Jessy who added that he bought the diamond from Radiant Lux Jewelry. She shared that she and the owner of the jewelry studio were once friends and that was why Luis went to her to have the ring made. Admitting that in May this year, when she and Luis broke up for a brief period, an incident happened that caused her to fall out with the owner of the jewelry brand. The actress shared that at a time when she was unsure if she and her now fiancé would get back together, her then friend showed her the ring and let her try it on. Filled with mixed emotions, also feeling that the surprise and joy of being proposed to had been taken away, she told her friend she wanted nothing to do with the ring.

When she and Luis got back together, he got the ring that he had already paid for, and proposed to Jessy in private. Wanting a fresh start, she decided to redesign the setting and worked with Manila Diamond Studio on it.

Jessy expressed her sadness that such a joyous occasion would be marred by controversy. She said that what’s truly important is what the ring represents: their love for one another and that they are looking forward to being wed in 2021.

To hear Jessy’s story, watch her vlog below.