This Is Where That "Outfit Check" TikTok Trend Really Came From

#BamaRushTok is finally in the Philippines. 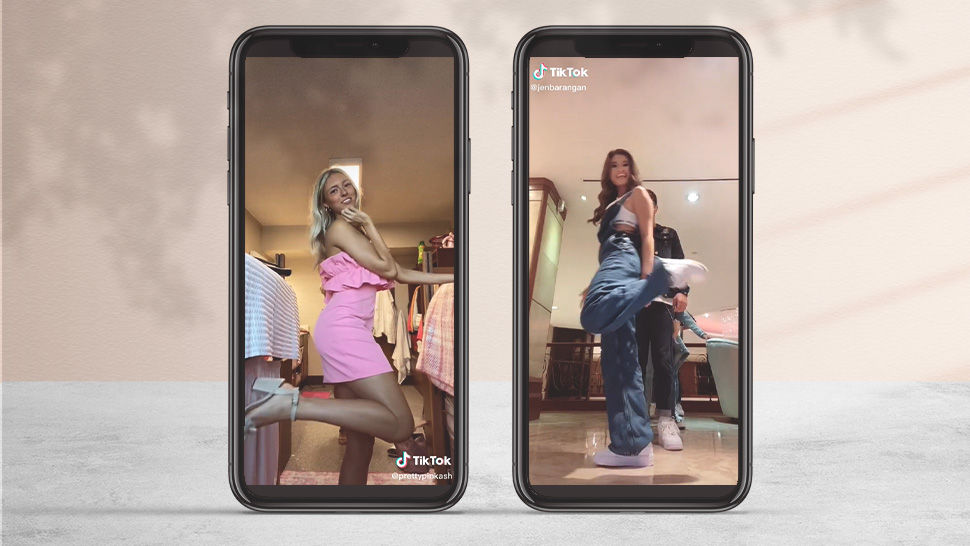 In the middle of a workday last week, I found myself scrolling through Twitter as per usual (partly because I was looking for leads to write about, and also, well, never mind—who needs a valid reason for scrolling through the bird app anyway?), when I came across this one tweet about internet star Jen Barangan's Tiktok video.

The tweet, posted by social media strategist Tammy David, was gaining hundreds of engagements by the hour (a week later as of writing, it has over 3 thousand likes, 136 retweets, and arguably the most important metric, 5 thousand quote retweets.). Her caption, of amusement and disbelief, made me click the video in an instant.

As the TikTok started playing, I immediately recognized what Barangan and her clique were trying to do and thought to myself, and later in a tweet: The Bama Rush craze is here.

Bama Rush TikTok, or #BamaRushtok as coined by American media, was birthed in August, initially confusing everyone (including this writer based in the Philippines) as to how it ended up in their For You Pages. The stream of content came from a very specific community in the United States: incoming freshman students, notably white women mostly, of the University of Alabama in Tuscaloosa, who were trying to join a sorority.

There's so much to unpack here but to explain briefly: the trend became a thing after these pledges began documenting their outfits of the day (OOTDs) for the different events of "Rush”, the informal name for the recruitment process of Greek organizations on college campuses in the U.S.

According to the New York Times, each round of recruitment has a specific dress code, and so these potential new members (PNMs) would show up to campus with suitcases full of possible outfits. Many freshmen, who, of course, belong to today's digital-bred youth, documented their OOTDs on TikTok, garnering millions of views and strirring all sorts of conversations that started with fashion (Gen Z's controversial favorite Shein was the most worn of all brands) and later on, white privilege and the convoluted world of Greek life.

So what if #BamaRushTok is here?

However specific #BamaRushtok was, I honestly thought it was only a matter of time before Filipinos would start jumping on the trend and giving it our Pinoy touch. Looking back, I'm actually suprised it took almost three months for us to catch on but well, here we are.

What struck me was how this trend seeped into the realm of Filipino Tiktok and raised an altogether different conversation. It only takes a quick scroll of those 5,000 quote retweets to find that netizens are taking issue not because they're seeing Southern white sorority girls being complicit to fast fashion.

It's still a conversation about class, but this time, it's of continued patronage over foreign versus local brands and what these displays of wealth mean for a generation that is more exposed to economic inequalities, more so in a country cited by Bloomberg and Nikkei as the worst place in the world to be in during the pandemic.

"Purchasing foreign brands still provides the feeling of being 'uplifted' (or nakaka-angat) in a very materialistic sense. Being able to afford them tends to make one feel well-off compared to before and or compared to their circles," Erik Paolo Capistrano, a UP Diliman faculty whose research interests center Filipino consumers, told reportr.

The more foreign the brand and the higher-tiered it is, the more these feelings are exhibited, he said, offering one probable reason as to why Jen Barangan and her friends would feel it was worth letting the internet know they were sporting clothes from H&M, Nike, and Uniqlo.

Ten years ago, Filipinos would have reacted to this trend differently, Capistrano said, noting that audiences these days have an increased awareness regarding labor and sustainability.

There's also that distinction people make between who is "old money rich" and who's just showing off their "new money" on social media. The rich from birth don't flaunt brands so those that do are ridiculed, he said.

But regardless if one is old or new rich, any attempt to flaunt wealth is increasingly being frowned upon these days. "Flaunting has very little place in today's environment where many people are struggling to even make basic ends meet," Capistrano said.

In a country of 100 million where some 9 in 10 live below the poverty line, the internet can be a cruel place for those whose display of wealth highlights what others lack, UP Diliman sociologist Samuel Cabbuag earlier told reportr. This is best seen in how actress and socialite Heart Evangelista is again and again pilloried on social media for donning designer masks and frying "Chanel" fries.

"When you have these images and juxtapose it with what's on the other side, one can easily see the discrepancies in wealth, that really, some are just living the life while others are struggling to live," he said.

I'd like to end by saying, I personally did not mind Jen Barangan's Tiktok. I don't really know of her intentions, but from what I know about her—how she got retrenched from her job as a flight attendant and managed to bounce back by capitalizing on her newfound internet clout, and even how she associated herself with that presidential spokesperson—she's really just someone doing everything she can to survive this crisis, however that entails.

Friends of mine also recently went viral for doing what she did. While to them, the flaunting was done performatively to make fun of themselves for our own friend group to see and laugh, the video, which was set to public, also ended up in strangers' FYPs and even crossed over to Facebook, much to their horror. "It was really just for laughs to us because in the first place, we know we're not rich. But I also get that once it was uploaded publicly, it was open to interpretation," one of those friends explained to me.

When I asked her what the ultimate lesson was for her, she said, "Delete Tiktok."

That's actually a fair piece of advice if you're struggling with an unpredictable FYP or simply just looking to take back control of your own life.

Purple Blush Is a Thing on TikTok Now: Here's Where to Shop If You Want to Try the Look

All the Ways to Tuck in Your Shirt, According to TikTok